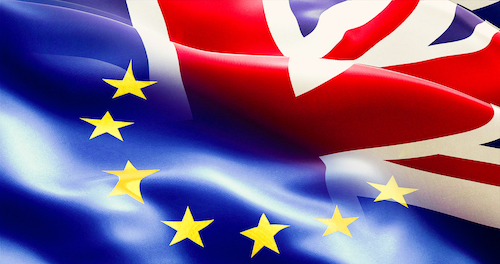 As we move into the new decade, Brexit has not yet come to pass – but it is now not far away and it is clear that unless something truly untoward happens, the UK will finally be leaving the EU on 31st January 2020. At the time of writing, it has been confirmed that the European Union flag is to be taken down outside the Scottish Parliament at Holyrood. Meanwhile, the traffic management system is being dismantled on the road to Dover: the deactivation of Project Brock.It would be a mistake, however, to assume that Brexit is now all over bar the shouting once the Article 50 process has been completed. Trade negotiations will now need to begin in earnest, for example, as we move into the post-Brexit transition period, which is due to last until the end of 2020. In addition, the press is once more starting to raise the spectre of a no-deal, which many people hoped they had put behind them once the general election had gone through, with the possibility of a disagreement over fishing rights derailing the process once more. Since the UK will definitely leave the EU on 31st January, if an agreement collapses, then no deal will be a real possibility.

But what impact is this likely to have on British expats abroad?

You will continue to have the right to free movement throughout the EU until the end of December 2020. However, it is currently looking likely that you will continue to be able to travel to EU nations for up to 30-day periods without the need for a visa beyond this date.

Your EHIC card will still be valid up to December 31st and this, too, is likely to continue, as will access to public healthcare across the EU – unless we have a no-deal scenario. Experts are thus warning Britons travelling to the continent after January to take out comprehensive travel insurance, just in case their EHIC is negated by a no deal.

Also, your ability to work in the EU without permits will continue on the same basis. Some EU nations will prefer to hire EU citizens after Brexit, however, as this will cut down on paperwork relating to work permits – thus placing British expat job seekers at a disadvantage as third party nationals.

It is therefore unlikely that you will experience major changes as a British citizen travelling to the EU until the end of December this year, unless a no deal scenario comes to pass.

If you are resident in the EU and claiming a pension from the UK, then it is likely that this will continue to rise – again, assuming that there is reciprocity. Tom Selby, of pension provider AJ Bell, says:

“It’s worth noting that the UK Government committed to uprating the state pension every April until 2022 if you live in a European Economic Area state or Switzerland in September last year. Furthermore, it has already agreed a reciprocal arrangement with Ireland which protects social security rights when the UK eventually leaves the EU.”

In January the government also announced that there will be no automatic deportation after Brexit for EU citizens in the UK who do not fill out residency applications in time. This provides reassurance to EU citizens resident in Britain, and may be intended to give reassurance of reciprocity to EU governments as well: the UK government presumably does not want an influx of expat British citizens back into this country in case EU nations start operating a tit-for-tat policy and deporting Britons. Brexit Secretary Brandon Lewis has insisted that Britons’ rights in the EU should be safeguarded and that EU states need to do more.

However, despite Lewis’ exhortations, the situation for British expats in the EU still remains worryingly unclear. 11 of the 27 EU nations are guaranteeing that Brits are welcome to stay indefinitely, but wha i’s the case with the other 16? In Spain, for instance, the government has said that Britons are welcome to stay as long as the same legal position is extended to Spanish citizens in the UK. So again, this depends on reciprocity and it is to be hoped that with the UK government’s reassurance in mid January, the Spanish and others can go ahead and secure Britons’ rights in their nations as well.

Hugh Elliott, the UK’s ambassador to Spain, included this in his New Year message, saying that

“…it is so important to ensure that you, your family, your friends and indeed your neighbours are all correctly registered as residents here. You have time and there are plenty of appointments in most provinces, but do make it a New Year’s Resolution to get it done as soon as you can!”

However, Britons in Spain cannot apply for a TIE (Tarjeta de Identidad de Extranjero or foreigner’s identity card) until after the UK leaves the EU, causing additional stress to an already fraught situation.

Germany and Italy have offered Britons temporary residency permits if they have not already secured permanent residency status. In most nations, you will have at least until the end of the transition period in which to apply for residency, but if you have not done so already, it is advisable to start the process now and not delay any further – if you can.

Meanwhile a group of UK citizens led by Oxford don Joshua Silver are bringing a legal action to the European Court of Justice (CJEU) to challenge whether the government can remove their EU citizenship. The results will be interesting as lawyers seem to be in agreement that citizenship cannot currently be removed under EU law.

It is advisable to keep an eye on the news and look for updates to any changing situations regarding issues likely to be affected by Brexit such as residency, pension rights and health insurance.