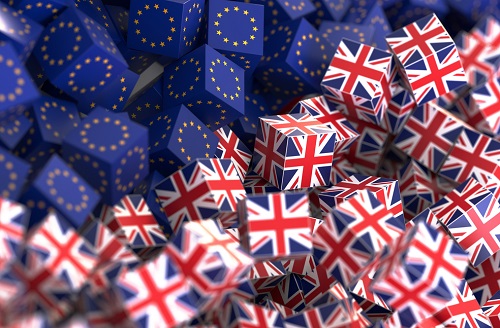 Christmas Eve 2020 brought an unlikely present from Santa, briefly taking the form of Boris Johnson: an actual Brexit deal. Although some issues remained unresolved – for example, the rules around fishing could have been better ironed out – the deal was able to go through and, in due course, be ratified by Parliament. It needs to be emphasised, however, that this is not the end of Brexit; it is just the beginning. Trade talks still need to be progressed, and tariffs, for instance, may still be imposed. There is a long way still to go. But, as things stand, what are the terms of this deal, and how will it impact British expats in the EU?

From now on, if you are a British national living in an EU country and you do not have residency already, you will need a visa if you wish to remain there for more than 90 days in any 180-day period. Freedom of movement has now come to an end. The press has already featured a number of emerging issues, most notably British residents in Spain not being allowed to fly home from the UK. Airline officials at Heathrow stated that their residency documents were invalid and that they would not be permitted to board flights. This is the result both of the tightening of Covid-19 regulations on the part of the Spanish government and Brexit. Now that the transition period has come to an end, only Spanish nationals and those with residency permits have been allowed to enter the country. However, as stated, airline officials maintained that some residency documents were not valid.

Both sets of authorities have said that a green-coloured certificate of EU citizenship, plus a Spanish-issued foreign national identification number, should still be valid for British expats. However, this did not benefit those denied travel at Heathrow. Attempts to contact the British consulate in Madrid were apparently re-directed to a London number that did not prove helpful. Whether this is due to the TIE residency backlog remains unclear. Both authorities have indicated that this is a problem that should not be happening.

However, it is the 90-day ruling that is, expats in Spain claim, causing a wider problem, with many British nationals planning to leave the country as a result. Although one can, obviously, still apply for residency, this now comes with a price tag. You will need to prove a monthly income of £2000, plus an additional £500 for each family member per month. The BBC has estimated that a family would need an annual income of around £42K in order to comply with this new financial stipulation.

International removal companies report that they have never been busier. Although Brits are still moving to Spain, expats with an ear to the ground report that the demographic is changing significantly. Older retirees, who may not be able to demonstrate the required income level, as well as those who are in a similar position due to job losses resulting from Covid-19, are returning to the UK and being replaced by a younger population, who may be better able to work online. The 90-day rule is affecting the British ‘swallows’ – those who spend part of the year in a holiday home – who report that they feel abandoned. Many have paid mortgages in Spain for years, yet are still being restricted as to how long they can now remain in their own properties.

British expats in the EU have also found that ordering goods from the UK (and vice versa) can now be problematic. If you order something worth more than €150 that is sold in the UK but not manufactured there or in the EU, you can face substantial customs charges. You also need to remember that you will now be subject to the VAT rate in your host country, rather than that in the UK. Experts advise that you either contact the company to find out exactly what you will be paying or that you speak to Customs and Excise directly, in order to avoid any unpleasant duty surprises. The situation is complicated and murky, a result of the lateness of the deal, which took many companies on both sides of the Channel by surprise. Meanwhile. companies moving goods into Northern Ireland have described the system as ‘unworkable’. One told The Times that this is ‘more than teething problems.’

The scenario immediately following Brexit has not been helped by what experts describe as ‘scaremongering’ – such as the inflammatory comments made over property rights. Alarming reports that EU national governments could seize homes owned by British expats have been shot down by financial experts, who point out that expats’ property rights are protected by the United Nations Universal Declaration of Human Rights and the European Convention on Human Rights. Property tax could be increased, however, and there is also the possibility that some mortgage products will no longer be available to British buyers. You might, in some countries, need to apply for an investment visa, at some future date, in order to purchase property there. Property experts caution that, at present, it is not possible to predict quite what the post-Brexit market will look like for Britons who still hope to move abroad.

If you are a student, then you may already be aware that the future of the Erasmus programme has also been decided by Brexit: Britain has now withdrawn. Opinion on this is divided – for example, some experts say that Britain paid a lot more into the programme than it got out of it – but it seems probable that Erasmus will be replaced by the Alan Turing programme. This programme also aims to allow students to study abroad, but it has a much wider reach, encompassing countries like the USA and Japan. As with a number of other replacement programmes, it remains to be seen whether current plans will actually manifest. Only time will tell.