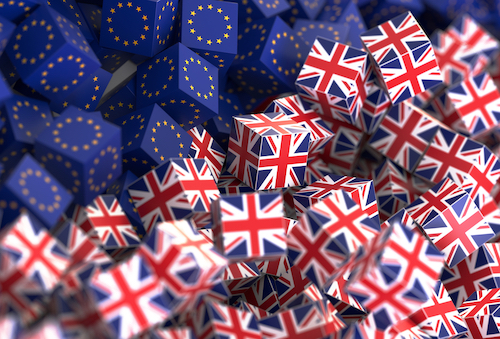 Over the last month, Brexit has taken a back seat to the Conservative leadership contest but the mood of the country (according to the BBC and, actually, pretty much anyone one speaks to) can be described as ‘thoroughly fed up’ and wanting to get on with it. However, the spectre of a no-deal has been hanging over the nation, with Boris Johnson in favour and a great many people not. However, since Johnson became Tory party leader and therefore de facto Prime Minister on Tuesday, 23rd July, the prospect of no-deal now faces even stiffer opposition, with ministers resigning all over the place and Boris pledging to deliver Brexit without really specifying how.Website The Local (Spain) is encouraged by recent events, however, noting the substantial pushback within Parliament, including the measure to prevent the new PM from proroguing the House. The Local, expressing the views of many expat Brits says:

“Even the Brits amongst us who had resigned themselves to a hard Brexit have since expressed feelings of hope. The scale of the government’s defeat was seen as highly significant and a victory for common sense. Although many long ago abandoned the idea of parliament coming to our rescue, many Brits now believe a new way forward is possible.”

For many British expats living in the EU, unfortunately, a degree of limbo still remains whilst all this is unfolding. Ursula von der Leyen, the incoming EU president, has warned ominously of ‘challenging times ahead’ and the EU appears prepared to stick to its guns despite the new Prime Minister’s wishes. It has already stated that comments made about ‘side deals’ by Johnson are ‘rubbish.’ French MEP Natalie Louiseau says:

“Boris Johnson’s election doesn’t change a simple fact: we have a good deal and the EU will stand by it. The EU is not for turning.”

Clearly, the situation does not assist plain sailing for expats and tourists. A fall in the value of sterling, caused by Brexit fears and political uncertainty, has not benefited British tourists. Morgan Stanley says that it anticipates a significantly dramatic drop in the pound if we crash out in October. And it’s not just economic fears that have been driven by Brexit: logistical issues affecting expats are still ongoing and unresolved. Recently, concerns have been raised about British expats living in remote rural areas of France who are either not aware that they need to apply for a carte de sejour, or who have simply not got around to having done so. Of the 150,000 Brits currently living in France, only a small percentage have apparently done so. Kathryn Dobson, from the group British in Europe, says:

"With the likelihood of no-deal being dialled up in recent weeks, getting information to British nationals in France is now urgent. If no deal happens on October 31st, there are likely to be tens of thousands who have no idea that they only have six months to apply.”

She points out that some Brits have been resident in the country since they were children and may regard themselves as being more French than British, or they may have lacked access to the internet and missed the directives to contact the relevant authorities. Although the British Embassy say that they have been holding outreach sessions, Remain in France Together asked members of their Facebook page if they had seen any posters, and out of a thousand respondents, most replied that they had not. The outreach sessions have been advertised online and on social media, but this only works if the target audience is on the net.
Dobson says: “When will the governments be ready to engage with British nationals to explain the process and the deadlines? My worry is that it will all be too little, too late, and many will be left out in the cold.”

RIFT also note that the outreach sessions have often been organised at short notice, in large centres which require an hour or two’s travel from remote regions, and during working hours. They say that the number of attendees has been decreasing. Also, prefectures have been dealing differently with processing residency applications and are likely to be overwhelmed.

“Boris Johnson, who has repeatedly insisted Britain will leave the EU on October 31st with or with a deal, has promised to launch a massive information campaign to make sure Britain and Britons are prepared for a no-deal exit. Needless to say it has not been well received by Britons in Europe.”

In summary, we would note that Johnson’s leadership role is still very new: less than 24 hours old at the time of writing. There are many in the EU who are of the opinion that what has been said by the new PM until now has been mainly political rhetoric and posturing, and the proof of the pudding will come when he is actually obliged to engage with the negotiation process. However, the possible presence in the newly formed Cabinet of members of the hardline anti-Brexit European Research Group, such as Jacob Rees-Mogg, is not reassuring to those who are more sceptical about the prevailing political desire for a no-deal. We must therefore wait and see. The BBC reports that one EU diplomat has commented to them: “Only then can we begin to understand what Boris Johnson’s Brexit strategy will be. Up till now, all we’ve heard are slogans.”

Given that so many people are now opposed to a no-deal option, we will all await developments with interest and concern.