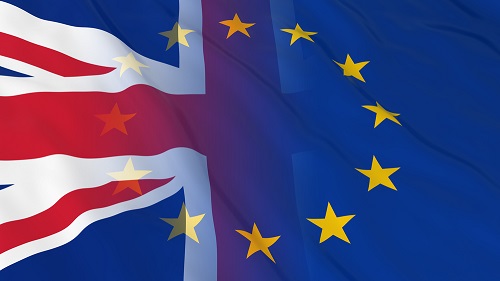 As Britain slowly begins to emerge from lockdown, its focus starts to shift once again towards the issue of Brexit. This article will take you through the most recent developments, as well as their implications for expats.30th June was the deadline for Britain to request an extension to the transition period. As no such request was made, the period will end, as planned, on 31st December 2020. Earlier this month, in a meeting of the EU-UK Joint Committee, European Commission Vice President, Maroš Šefčovič, said that the EU regarded this decision as ‘a definite conclusion’ of the discussion. Talking to journalists after the meeting, he added, “We both agreed on accelerating the implementation of Withdrawal Agreement and to accelerate our work.”

Both the UK and the EU now seem of a mind to get on with it, particularly after the considerable hiatus in proceedings as a result of the pandemic. However, it is looking increasingly unlikely that a deal will happen before Boris Johnson’s July deadline. This leaves the possibility that there will, in fact, be no deal before 2021.

Legal experts think it is also unlikely that an extension will now be granted going forward, even given the disruption caused by COVID-19, which might result in a call for extenuating circumstances. However, they also ask us not to rule out the considerable ingenuity demonstrated by the international legal profession.

In mid-July, the UK took a step closer to completing a major free trade deal with Australia, and it is looking at deals with other nations, such as Japan, too. However, the new deal will not take place this year.

Michael Gove has outlined a £700 million package to be put towards new infrastructure, staff hiring and advanced technology at the UK border. New border controls are planned inland, although full customs procedures cannot be implemented straight away. Apparently, a new customs regime will take the form of a three stage process.

A report by the Comptroller and Auditor General of the National Audit Office suggests that British firms must start working more closely with UK Export Finance. Meg Hillier, the Head of the Commons Public Accounts Committee, has said that the DTI needs to provide more support for smaller British businesses, as well as large companies.

The possibility of a no-deal Brexit is still with us, although Leo Varadkar, the Irish premier, has said that he believes a deal will be struck between the UK and the EU, probably late in the day. He has suggested that October/November might see a last-minute agreement being reached. However, David Frost is apparently pushing for a deal by the end of the summer, amid accusations that the EU is dragging its feet. According to the Daily Express in mid-July, European sources have claimed that Frost could even bring a brand-new trade proposal to the table, containing a list of what have been described as “political trade-offs.”

Britons residing in the EU are now starting to look at the post-coronavirus scenario, and they are finding that the situation is perhaps a bit more hopeful for them than it appeared to be some months ago. Italy, the Netherlands and Malta have started taking concrete steps towards establishing British residency.

As we have said before, however, if you have not yet applied for your formal residency permit, wherever you live, the clock is ticking. Don’t rely on the prospect of reciprocal agreements, but apply for your permit now. Although some reciprocal arrangements have been put in place, they do depend on reciprocity for EU nationals, from various countries, who are resident in the UK.

Check whether your host nation has a Brexit hotline (Austria, for instance, has this). Some countries, such as Cyprus and Estonia, have offered Britons the possibility of a grace period once the Brexit curtain has come down at the end of this year.

If you are living in France, you will need to apply for a new residence status and a new carte de séjour this year. The French authorities say that they are intending to re-open the residence application portal in October. It is reputed to be a complex and bureaucratic process, so you may wish to consult an immigration lawyer while working your way through the minefield of categories.

Hugh Elliott, the UK Ambassador to Spain, has told expat Brits that they need to apply for residency now in order to ensure pension security and continued healthcare. If you already have your green residency card and are legally in the country, you will not need to reapply. Hana Jalloul, the Spanish Secretary of State for Education, has said that Britons resident in the country are ‘part of the Spanish family’ and continue to be welcome in the country. There are posters up in many towns reassuring Britons that ‘Spain is their home.’

If you are living in one of the EFTA nations (Iceland, Liechtenstein or Norway), then there’s good news. A no-deal agreement was reached back in 2018, and you should not need to do anything further (however, it’s worth double checking this).

If you have an EHIC card, it’s worth noting that this won’t be valid after the end of the transition period, unless you are a pensioner living in the EU (in which case, you can still use your EHIC and your S1). It is crucial, therefore, that, unless you are a pensioner, you make sure that you have health insurance or comprehensive travel insurance.

Financial experts Blevins Franks suggests that expats should ideally Brexit-proof their finances as much as possible. For instance, take a look at your currency mix and flexibility when it comes to withdrawing currency, check tax-efficient investment strategies in your host nation rather than relying solely on FTSE investments, diversify your portfolio as much as possible, and check your tax situation. Bear in mind that capital gains tax regulations are changing in both Spain and Portugal, which may affect any property exchanges.

You are also advised to keep an eye on the ‘overseas transfer charge’, as this may be widened by the UK from its current 25%. Blevins Franks adds that there may be a time limit on transferring to a tax free QROPS, so have a chat to your pension adviser, too.