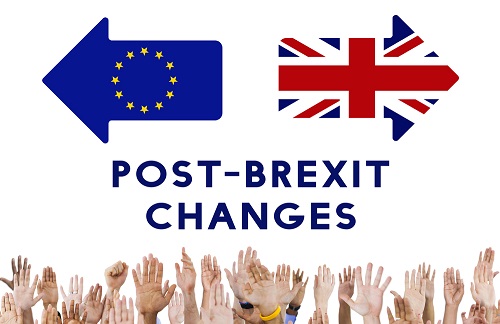 Seven months into the post-Brexit period, Ireland and fishing continue to dominate Brexit-related headlines, with a further row erupting about how much the UK owes the EU in its post-divorce settlement to honour previous spending commitments. The EU is looking at £40 billion – needless to say, the UK isn’t. Downing Street has rejected the new claim, saying that the settlement should remain within the previous parameters of £35-39 billion. Meanwhile, there has been some good news – a three-month ceasefire in the ‘sausage war’ – so it’s not all doom and gloom.

What does Brexit continue to mean for British citizens resident in the EU? We’ll take a look at some outstanding issues.

EU nations continue to extend the grace period for Brits

The number of EU countries willing to extend the grace period for unregistered British expats after the end of the transition period is continuing to grow. It’s estimated that as many as 30% of British citizens still have not applied for permanent residency across Europe, despite fears of mass deportations.

The Guardian reports that France has over 13,000 unregistered Brits. Latvia says that an estimated half of the 3,000 or so British nationals in the country have not yet applied for residency, and it’s a similar story in Malta and Luxembourg.

Germany has extended the grace period to the end of 2021. British expats have told us that registration there is, characteristically, well organised, but some UK nationals are still waiting for their Aufenthaltsdokument-GB permits, which may have fuelled the recent decision to extend. Whatever the case, the German authorities have said that Brits can continue working ‘on trust’ until the end of the year.

In late June, the Times ran a piece describing the woes of the so-called ‘Brexpats,’ those Brits, resident in Europe after Brexit, who have been living a ’50-50’ lifestyle, but who face increased housing costs and problems with second home ownership under Schengen rules – a situation which we have outlined at length in previous articles. Costs for businesses are rising, with new work visas needed in some nations, and access to the NHS has, post Covid-19, started to look much more attractive, in terms of affordability, than the private health insurance that is a part of some residency applications. Many simply cannot afford the new income requirements now that their pensions have dropped – by around 12%, according to financial experts, due to the devaluation of sterling after Brexit.

Some Brexpats are selling up, with one telling the Times that he dreaded the queues at the non-Schengen end of passport control, and others saying that they do not want to apply for residency because it will affect their taxation status. However, many are fighting back, petitioning for a six-month period of residence, rather than splitting their time between two 90-day periods in places like Spain. They say that since the UK has offered EU citizens such a time period, reciprocity should be in place. It’s a headache, in particular for British citizens married to EU spouses, who may face problems relocating to the UK.

However, some expats have managed to lobby to change some of the regulations, such as Mike Roberts, who told the Times that he has managed to persuade the Spanish authorities to allow a British crew in UK-flagged boats in his yacht charter business, rather than replacing them with Spanish sailors.

Some expats report that EU nations have been imposing accommodation certificates, which need to be filled out if they are hosting non-EU (for instance, British) family and friends. In France, you will now need an attestation d’accueil (€30) – apply in advance at your local mairie. In Italy, meanwhile, you must declare non-EU visitors to the authorities within 48 hours of their arrival, or else you could face a fine.

US firms say they will continue to invest in Britain

Despite the lack of an actual trade deal, more than half of US firms with operations in the UK say that they will be investing in the country post-Brexit. The Financial Times recently published the results of consultancy firm Bain’s survey of 68 ‘large cap’ companies with more than 275K employees, such as American Express, and 60% say they have an interest in investing in the UK. Confidence in the country is, Bain reports, ‘high.’ Firms who took part in the survey range from media companies to telecoms and finance. A common language obviously plays a part, but a spokeswoman for AmEx mentioned a “strong and multilingual talent base, a supportive business environment, and geographical and timezone advantages.” Others commented on ‘outstanding’ educational and regulatory systems.

However, despite this bullish mood, 17% of the companies surveyed said that they had relocated operations to the EU. A combination of nervousness over political tensions and supply chain issues had contributed to their exodus. Improving relationships with the EU was seen as critical for post-Brexit success and investment. A trade deal with the US is also regarded as desirable. Liz Truss went to the States this month, to try and finalise negotiations.

Around eight in 10 UK businesses say that the government has not given them enough support after Brexit. The i newspaper reported on a survey conducted this month by tax advisers Blick Rothenberg, which revealed that business owners believe that Brexit will result in a negative impact on trade in the years to come.

Over 80% of responders told the i that, although the Covid-19 pandemic had a detrimental effect in the short term, Brexit was expected to have a longer-term deleterious effect and that they expected the UK economy to shrink as a result of the withdrawal. More than half reported that their business had declined, due to new administrative burdens, such as increased customs duties and new VAT regulations.

Operational challenges were also reported as disruptive, and 81% of firms believe the UK Government should allow more EU citizens to live and work in the UK. These might include road hauliers, who (along with the hospitality industry) have reported problems with recruiting staff now that so many EU nationals have returned home.