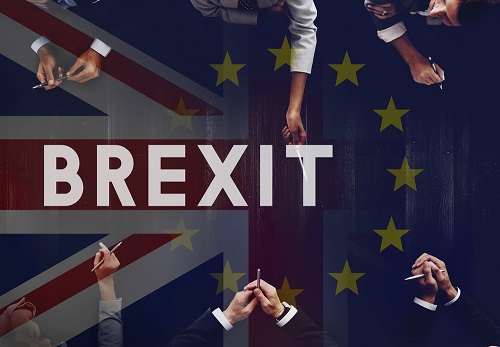 Now, in June, we are six months down the line from the end of the transition period, and as we have noted before, the longer-term ramifications of Brexit are taking time to emerge. Some progress has been made. For instance, a fishing deal has been ironed out in the last few weeks, with commentators remarking (with some understatement) that ‘it will not please everyone.’ The EU itself has welcomed the deal, which will be phased in between now and 2026. However, politics abhors a vacuum, and there’s another row brewing over the development of Genetically Modified Organisms, now that UK biotech is free from EU regulation.

Meanwhile, there are signs that France, Germany and Italy are seeking bilateral trade agreements with the UK in the wake of Brexit, starting with defence. The French, for example, want to revive an annual security meeting between France and the UK. Italian firm Leonardo and the UK’s BAE have been working on a joint project fighter. Additionally, the UK is exporting beef to the US for the first time in 20 years.

As well as this, in early June, the UK struck a trade deal with Norway, Iceland and Liechtenstein, based on digital paperwork – which hopefully will make trading run more smoothly. It also, in a world first for a trade deal, sets caps on the charges mobile operators impose with one another for international mobile roaming.

But how does this ongoing post-Brexit situation affect you as an expat, or as someone engaging in business with the bloc?

The trade deal mentioned permits highly skilled UK professionals to enter Norway, Iceland and Liechtenstein for business purposes. The deal also includes the recognition of professional qualifications, so that lawyers, vets, nurses and other professionals won’t need to requalify in order to work in these nations.

Germany has announced that it will end VAT exemption on goods worth less than €22. From 1st July, if you are sending goods to your customers in Germany from the UK, those customers will have to pay import charges – €6 plus VAT customs clearance fee. This follows an EU initiative to limit VAT fraud and also to restrict preferential treatment of non-EU companies.

“Customers will not have to pay import duties if the goods were ordered from an online marketplace already registered in the EU and pays the VAT due in an EU country (the so-called import one-stop shop solution (IOSS)).”

FedEx Express says in addition that it is offering customers a streamlined IOSS solution at a discount.

The head of international affairs at the FSB says that the Brexit Support Fund and a new IOSS should provide some support for SMEs, but that it’s critical for policy makers on both sides of the Channel to minimise tariffs as much as possible, particularly after the hit to the economy caused by Covid-19.

The Spanish authorities have been encouraging British citizens resident in the country to exchange their green residency permits for TIE ones. The Spanish have also granted a six-month exemption for British drivers.

However, there have been warnings that ‘thousands’ of Brits could miss residency deadlines. The Daily Express reported in early June that British residents in countries such as Malta, Luxembourg, Latvia and France are in danger of missing the June 30th deadline that will secure their right to remain in the EU. They report that several countries, including Italy, Spain and Portugal, have established a process for granting post-Brexit residence rights, but some have not done so. Across the EU, only 190,000 British citizens out of 298,000 have applied, and the remainder run the risk of being deported. The Netherlands have also obliged Brits to apply to remain in the country but have extended the deadline to October 1st.

The founder of London-based international tax set Del Canto Chambers, Leon Fernando Del Canto, told the Times in May that there is ‘zero leeway’ for emergencies (such as family or property crises) when it comes to the attitude of the Spanish authorities. But he points out that this stance might actually be illegal:

“The European Convention on Human Rights states that individuals have a legal right to ‘peacefully enjoy’ the possession of their home and deprivation of possessions by states should be subject to certain fair and equitable conditions. It is worth noting that in addition to the UK being a member of the Council of Europe, the ECHR applies to any foreign citizen in Spain. State rules preventing people from peacefully enjoying their property, independently of whether it is their main residence, are likely directly to violate that convention right.”

Citizens’ rights group France Rights warns that this could have serious consequences in terms of health, as it could mean that many elderly or vulnerable British citizens will no longer be eligible for state healthcare.

The Guardian warned in mid-June that those EU expats resident in the UK face problems if they have applied for settled status and are still waiting to hear from the Home Office. This affects a potential 320,000 people, who will, the report says, be cast into limbo from July onwards, if their status has not been resolved by then. This could cause problems in relation to accessing the NHS and travel, among other factors.

In addition to this, if you are based in or outside the UK, and you have tenants in a UK property who are from overseas, you will be legally obliged to run checks on any tenants who have pre-settled status. As a landlord, you could be fined up to £3,000 for breaking the law, and employers can be fined up to £15,000. Check the status of your tenants with them, in order to avoid possible prosecution.

Kevin Foster, the future borders minister, has promised that the rights of anyone currently caught in the backlog will be protected, but if you – as an EU citizen resident in the UK – have not yet applied for settled status, you should do so now. Also, if you’re a landlord who owns a UK property with overseas tenants, you or your managing agent will need to check the status of their application before the end of this month.