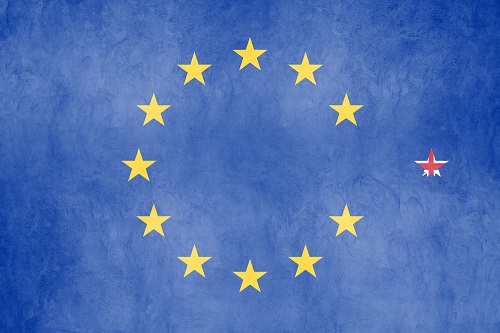 We have now been out of the EU for over two months, and the various ramifications of the withdrawal have started to become more evident. There have been some issues – perhaps rather more than ‘teething problems’, as the UK government described them – but they do not appear to have been as dire as some of the predictions suggested they would be. For example, some thought there might be completely empty supermarket shelves.

Exports and imports have certainly undergone some disruptions, with a third of manufacturers reporting difficulties in dealing with Europe. However, the Telegraph reported in mid-March that a survey of 5,000 businesspeople worldwide suggested that Britain is now a more attractive prospect for investment than it was before Brexit. 13% of Chinese bosses surveyed placed the UK in their top three investment targets. Plus, a quarter of Indian business owners placed the UK in their top three markets, now that Brexit has taken place. 11% named Britain as a top three growth target.

Meanwhile, a quarter of business owners in the UK itself are bullish, with more than half telling the Times that they will increase the number of people they employ this year. This is in comparison to 44% globally. Despite a rocky start, combined with the obvious uncertainty caused by Covid-19 (although Britain’s swift and efficient vaccination rollout is likely to alleviate this somewhat), the overall business picture is looking a little rosier than it did four months ago. That’s the wider picture, but what do the ongoing effects of Brexit mean for you as an expat?

We’ve reported extensively on the financial impact of Brexit for British citizens abroad and on issues surrounding financial passporting, but some of the consequences of the decision to leave Europe are now coming home to roost. One of these affects expats’ mortgages, with many reporting that they are now no longer able to choose from a range of mortgage products offered by their lender. Instead, they have to revert to that lender’s standard variable rate with, in some cases, a big hike in monthly mortgage costs. EU expats in Britain with a limited right to remain visa are finding similar problems.

The option for many expats is to return home – but how realistic is this, given the restrictions on mortgage products? Many now cannot afford to do so.

Changes were proposed in January to help mortgage prisoners by introducing a cap to standard variable rates on closed book cases, and in addition to bring vulture funds (hedge or private equity funds which deal with distressed debt cases) under FCA supervision. This includes not just expats, but former customers of institutions such as Northern Rock, for example. The proposed new legislation would also require mortgage customers to give their consent before the transfer of their mortgage to inactive/unregulated new lenders. However, these proposals were shot down by John Glen, the economic secretary to the Treasury (if you want someone to blame!), as he believed that it was a disproportionate response in order to benefit a small number of lenders.

Moneymarketing.com reported recently that the FCA advised financial service companies to make sure that they were Brexit ready. However, it appears that many still remain unclear about the new regulations. This is in part due to the complexity of regional legislation when it comes to financial services. Investment management is usually deemed a ‘service,’ for example, but, in some countries, giving advice on this might now get you into trouble with the law. While the FCA has changed the Financial Services Register, in order to take into consideration passporting and such issues, to allow EEA financial service firms to operate in the UK, the EU does not have an equivalent that applies across the economic region.

Because of this, some British financial service providers have said that they are now reluctant to deal with clients abroad. There have been some problems with reverse solicitation – cases where the client approaches the company first for advice, rather than the other way around. If you are in the position of providing financial advice, it is advisable to contact ESMA, the European Securities and Markets Authority.

Expat exodus from the UK

Recent research also shows that overseas expats resident in the UK have been returning home, with 700,000 people reported as having left London alone. King’s College London suggests that the figure is actually higher – over a million people, with a corresponding economic dip. This is not a result of Brexit alone, but also a consequence of Covid-19, but there have been warnings that the demographic will shift until the UK has a genuine issue with an ageing population.

Turning to the domestic workforce to fill these employment gaps may not be successful, as fruit and vegetable growers have discovered over the course of the last year. Some politicians believe that the call for an economic ‘big bang’ in the north of England thus needs to be tempered against the knowledge that London has now lost so many workers.

The true consequence of these big population shifts will become more evident over time, but it is interesting to speculate how the UK may have been changed due to the effects of Covid-19 and Brexit.

Expats resident in France have reported difficulties in exchanging their UK driving licences recently. If you’re French and resident in the UK, you won’t be able to exchange your French licence for a British one, either. Residents say that the British government needs to sign a reciprocal driving agreement with the French government and that this has not yet happened – leaving many Brits soon to be unable to drive legally in France.

One expat has reported the case of a 70-year-old friend whose UK licence is invalid because the photo is out of date, and who has not yet been able to exchange her license for a French equivalent. She has thus become dependent on her husband to do the driving – and she is not alone. Some expats are reporting that it might be easier in the short-term to take a French driving test.