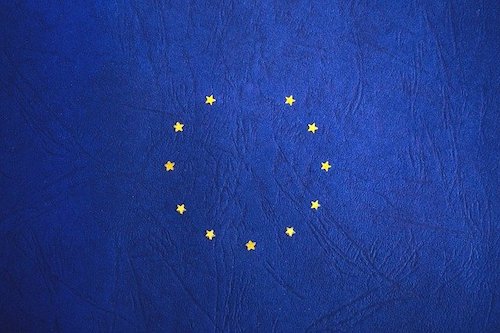 As with April’s report, the news both in the UK and elsewhere has been dominated by the ongoing pandemic, but this does not mean that things have gone quiet on the Brexit front and we have seen significant movement on the Brexit process at the time of writing.The row over fishing rights continues apace, but insiders say that Brussels may back down from their hardline approach – what Michel Barnier has described as a ‘maximalist stance’ – on this in the coming month. The Guardian reports that Barnier has accused the British negotiators of trying to cherrypick membership of the bloc by seeking minimal obligations on standards in the trade in goods and maximum rights. These may include freedom of movement for short visits, and the recognition of professional qualifications to enable British lawyers, accountants and auditors, for example, to work in the EU.

British negotiators will be handing a draft treaty in to Brussels in the third week of May in an attempt to break the deadlock.

But what does this ongoing, drawn-out process mean for Britons abroad, many of whom have also seen their businesses placed in serious jeopardy by the pandemic?

Michael Gove has said in May in a letter to European Commission Vice President Maros Sefcovic that there is a “major imbalance” between the EU and UK’s approaches. Ministers said Britons resident in the EU are running the risk of insufficient time to register to stay, as the procedures are often complex and there has been little guidance. Coronovirus has obviously not helped the situation.

Mr Gove says that the UK has given EU nationals 27 months to apply for settled status, but noted in his letter that some EU nations have not yet set out their own plans even though some have considered giving overseas residents six months to confirm their status: with June nearly upon us, the clock is ticking quickly.

The concern is that Britons in the EU are not being kept properly informed about what is expected of them. Moreover, application processes in a lot of nations are complex: they may ask residents to submit paperwork and attend face-to-face meetings and this may not be possible due to the pandemic.

Gove has said that the 27 EU member states are proving slow to provide help to vulnerable citizens. We know that there have been “localised incidents” in which UK citizens have run into problems with driving licences or buying property. Gove says

"UK nationals living in the EU must be able to rely on the rights the Withdrawal Agreement gives them."

In turn, however, the European Commission has started legal proceedings against the UK, saying that it has allegedly violated EU law on the free movement of people since 2014 and has breached the rights of first-time job seekers by preventing them from remaining in the UK for at least six months while looking for work. The UK has four months to respond to the Commission’s letter and we will report on this in due course.

In Spain, the British Embassy in Madrid has been holding Facebook Q and A sessions in which British residents of the country can seek answers to their Brexit queries, as well as town hall sessions. However, the latter have had to be postponed due to lockdown, and in addition the online sessions have suffered due to staff being put onto other duties. A virtual ‘drop in’ session has been suggested on the ‘Brits in Spain’ Facebook page.

Meanwhile Britons in Cyprus are running into difficulties with residency applications. Wendy Nash from the Cyprus Residency Planning Group reports in the Cyprus Mail that it is estimated that around 31,000 of the 70,000 or so British nationals living in Cyprus are either unregistered or hold registration that is now invalid, as all of the old forms of registration are no longer applicable. It is also estimated that around 5,000 of these people may need help in completing the paperwork (they may have mobility issues, live in remote areas, or face other difficulties). If you have lived in Cyprus for over 5 years, you will need an MEU3 certificate to be entitled to permanent residency status.

The Cyprus Residency Planning Group (CRPG), funded by the British Foreign Office and staffed by local volunteers, are assisting British residents with their applications. It has run into difficulties with the pandemic, but is still operational and is seeking to focus on ‘persons at risk.’ Since much of life has had to go digital with the advent of Coronavirus, the group is concerned that many older expats may not be accessing the information that they should. But they also note that lockdown is an ideal time to sort out your paperwork necessary for the required certification, such as marriage certificates and property title deeds.

If you are concerned about travelling in Europe at present, given the substantial disruption caused not only by the pandemic but Brexit, some stability has been granted by the recent joint statement issued by France and the UK agreeing “for the moment” not to impose a Covid-related “quarantine” (normally a period of 2 weeks) on either of its citizens travelling by air.

Conversely, MEPs say that the rights of EU nationals in the UK have been threatened, with those who have lost their jobs under the pandemic being unable to claim benefits and finding themselves without the safety net currently experienced by the British. EU nationals have until June 2021 to successfully apply for settled or pre-settled status in order to be able to stay and work in the UK. But some people are falling through the cracks: Covid-19 business interruption loans are not available to businesses set up after April 6th 2019 and this has adversely affected some EU expats.

Overall, it is advised that Britons in the EU, and EU citizens resident here, continue to monitor the situation as we enter the final six months of the transition period.