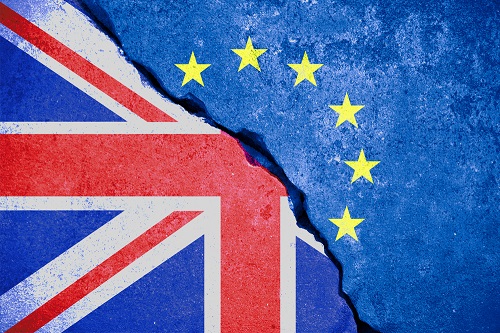 Brexit, for a change, has not been dominating the headlines in the UK over the past month, although that’s not to say that people haven’t still been feeling its consequences. For example, fishermen in Cornwall say that they feel ‘betrayed’ and that the Withdrawal Agreement did not deliver as promised. What are the latest developments, and what do they mean for you as a British expat in the EU, or as someone whose business involves export to EU member states?

It’s important to take on board that the actual impact of Brexit has been obscured, and the analytical waters muddied, by the pandemic. Historians of the early 21st century will have a field day in teasing out the consequences of Brexit from the consequences of Covid-19, with issues such as export and import figures becoming hopelessly entangled. However, some direct results of the UK’s withdrawal from the EU are now becoming apparent, nearly six months down the line.

Brexit and the services sector

The Financial Times, in mid-May, ran a report on the impact of Brexit on the services sector, which accounts for around 80% of the economy of the UK and almost half of all UK exports. It pointed out that this goes beyond high profile sectors, such as finance and law, and includes tourism, the fashion industry, music and auditing. They quote Sally Jones, a UK specialist on trade policy, who says:

“The extent to which the UK government prepared UK businesses for the change was inadequate, and [that is] particularly true of services…”

Financial services have taken up a lot of time and effort when it has come to Brexit-proofing. These contributed £29bn to UK exports to the EU in 2019. But a massive £41bn was contributed by other services, such as music tours.

McKinsey say that SME’s that employ under 50 staff members constituted, in 2018, 94% of all service-exporting businesses.

Amanda Tickel, head of Deloitte’s Brexit insights team, says that some accountancy and patent services will now need a base in the EU at least, and residency in some countries. Services that are regulated in some EU states, such as tax advisory services, have been affected. Tax advisers now need to establish on a country-by-country basis whether or not they will be prevented from offering services and whether they’re allowed to travel in order to do so or can provide remote advice. In some EU member states, they now won’t be able to operate. Auditors are in a particularly restricted position, as their qualifications won’t be recognised. Lawyers are in a somewhat better position but may still need to re-qualify eventually.

Sally Jones warns that immigration rules are now being applied across the EU and that this is not simply an ‘idle threat.’ UK firms need to understand compliance with new movement regulations if they don’t want to fall foul of immigration authorities.

It is not only businesses who are encountering issues with the new restrictions around freedom of movement. Expats in Spain are being warned by local organisations that they need to register for residency now, if they have not already done so, or else face a five-year ban not just from Spain, but from all Schengen countries. This is nerve-wracking for people who, for various reasons (such as not wanting to pay property tax on house sales in two countries), have left it late to register. Nonetheless, if you have not done so already, you are strongly advised to apply for residency, as otherwise you will not be allowed to remain in the country.

The UK authorities have recommended that you exchange your UK driving licence for one issued by your home country, but a number of our readers will probably be thinking that this is easier said than done. Rules for exchange vary from nation to nation, and it’s a simpler matter in some EU member states than in others.

In Austria, if you leave your licence application beyond July 2021, you may need to take a test.

In Belgium, Bulgaria, Croatia, the Czech Republic, Denmark, Estonia and Finland, plus Greece, Hungary, Iceland and Germany, you will be able to exchange your licence without taking a test, but you should not delay. In France, you will need to have swapped your UK licence for a French one by the end of December 2021. However, the relevant authorities are now no longer accepting applications due to a failure between Britain and France to come to an agreement over this issue. Since it is now May, the clock is seriously starting to tick. Hopefully a deal will also be struck with Italy. If you applied before January of this year, you should not have to sit a test, but it’s not clear yet about the status of more recent applicants (and both the theory and practical tests are entirely in Italian). In the Netherlands, you might need a health certificate.

So, if you are in the EU, make sure you check the revised regulations carefully, and if you’re in a country that has not yet come to an agreement with the UK on driving regulations, keep an eye on the news.

A pet passport for France could help you save money by replacing expensive UK animal health certificates (AHCs). EU pet passports cost around €15 and can last for up to 28 trips before being renewed, whereas an AHC can cost £125 for a single visit for your dog. Dog owner Christopher Slade, who has a second home in Brittany, has set up a petition to allow British pet owners to obtain a pet passport rather than an AHC. He’s asking DEFRA and the Brexit Minister to return to pet passports, which would mean scrapping the unpopular AHCs, which also mean that vets have to fill out a 10-page document.