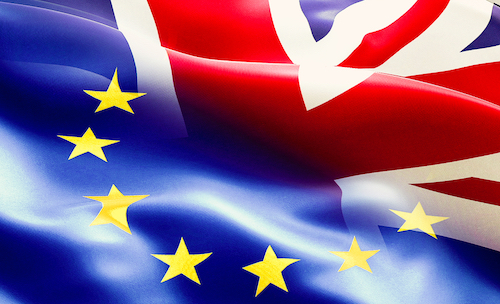 As we all know, Brexit did not actually take place at the end of October and the UK is now facing the unusual prospect of a general election in the run-up to Christmas. The question of Brexit is thus in a curious position at present: dominating the news while, at the same time, being curiously absent from it in the deluge of party politics as Britain prepares to go the polls. However, if you are an expat living in the EU, you cannot afford to avoid the issue. We will look below at how the ongoing situation could affect you.The date of leaving the EU has now been set for the 31st January 2020, with the end of the transition period still set at 31st December 2020. Parliament has been backing away from a no-deal scenario, which organisations in business, agriculture, finance and other sectors seem universally to feel is a positive thing. However, a no-deal is still possible: it has not been entirely removed from the table.

Responses across the EU have been varied. The Spanish government continues to be bullish about Brexit, saying in early November that it will remove the rights of British expats living in Spain if Britain cannot guarantee the rights of Spanish expats in the UK. Overall, this could affect half a million people in both countries. Meanwhile, expat action groups in Spain and Italy are suggesting that expats use their postal votes to vote for any party that can guarantee Remain. They are also counseling that expats could lose their triple-locked pension rights after 2023. Others are concerned about healthcare agreements continuing after the end of the transition period.

However, thousands of British expats will not not permitted to vote in UK elections: if you have lived outside of the UK for more than 15 years, you’re not allowed a vote – even on an issue that could substantially affect you. When canvassed, a number of expats in Spain pointed out that they still pay taxes in the UK and should therefore have a say in the electoral process. They report that they feel ‘abandoned’ by the British government.

Expats have also reported to a House of Lords EU Justice sub-committee that their spending power has become eroded during the long lead-up to exit from the EU, as economic uncertainty has caused sterling to drop against the Euro. Committee chairman Lord Morris says that the issue of pension rights is a continuing worry to British expats, and also reports that even if Britain ensured expats’ healthcare rights in the EU, it will still only cost half of what it would cost if they returned for treatment under the NHS. Thus looking after the rights of Britons in Europe makes economic as well as political sense.

So let’s recap the situation overall for British expats resident in the EU:

• If you are legally resident in an EU nation, you will be able to stay, but you will need to apply for residency if you have not already done so.
• Rights to residence will still apply if you move to the EU before 31st December 2020, the current official end of the transition period (this may be extended)
after an initial 3 months in your EU host nation, you must be working or self-employed, self-sufficient or a student, or a dependent of somebody who meets these criteria.
• You will be allowed permanent residence after 5 continuous years in your host nation. This won’t be affected by Brexit: it’s covered by the EU Long Term Residence Directive (“LTR Directive”) and local national immigration law. However, implementation of this is often erratic, depending on which EU state you are resident in.
• Reciprocal healthcare will continue to apply (for example, if you are retired in an EU state and have cover under a S1 form, this will continue).
• Your EHIC card will remain extant up until the end of the transition period (possibly beyond but this depends on ongoing agreements).
• Your pension will not be frozen.
• You will continue to have freedom of movement as a frontier worker.

However, although the above is promising, some of it will depend on reciprocity: as we have noted, the Spanish government seems to be willing to play hardball if Spanish expat rights in the UK are not secured in turn.

Also, some of your current rights will no longer apply if Brexit goes ahead. For instance, if you have residency rights for Germany, and want to move to Spain, you will in future need to go through the Spanish immigration process rather than, as now, simply moving.

The recognition of qualifications (e.g. legal qualifications) may also be an issue: currently, your qualifications may be recognized in the EU, allowing you to work, but this may not be the case going forwards.

If you marry an EU national, you may also find that they do not automatically have residency rights in the UK.

A certain amount of confusion has been reported given the changing nature of the situation. For example, expat rights’ groups have reported that the authorities in France seemed well prepared for a no-deal scenario when it came to granting residency and other rights to British expats, but have now been thrown a curve-ball with the possibility that the UK might leave with a deal after all. Thus the application process for residencies has been moving forwards, with a new applications website set up.

What is clear is that the uncertainty and instability generated by Brexit is an ongoing worry for Britons in the EU. Make sure you keep up to date with developments in your host nation, and that you are abreast of any local changes in regulations with regard to residency, work permits, healthcare, pensions and other rights. Finally, be aware that financial authorities are warning that times of uncertainty are golden times for opportunists – so be wary of any scammers who might contact you with ‘guarantees’ for your pension or other rights, and make sure you only deal with official channels or your own trusted legal and financial advisers.