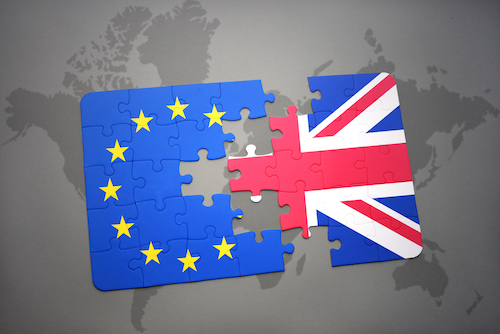 Brexit rumbles on, beset by plot twists which would do credit to a Netflix thriller. The so-called ‘Super Saturday,’ in which Parliament met on a weekend for the first time since the Falklands War, ostensibly to push Boris Johnson’s new Brexit deal through the House, turned out to be not so super after all, with the collapse of any agreement.

The new bill has been described as very similar to Theresa May’s previous piece of legislation which, as we all know, failed at the finishing post three times. It has some variety, mainly trying to settle the issue of the Irish backstop: Varadkar and Juncker approve but the DUP, unsurprisingly, does not. The PM now says that if the bill does not go through, he could call a general election before Christmas.So, a week before the October 31st deadline of leaving the EU, we still do not know whether we’re going out with a deal, without a deal, or will be subject to yet another extension. This is all obviously very unsettling for British expats living in Europe. What’s the situation looking like where you are, therefore?

Given the uncertainty back home, it’s perhaps reassuring that European governments have done as much as they have to secure the rights of Britons living across the Channel. But there has been unrest. British expats in Gibraltar staged a substantial protest over Brexit on October 19th, asking ‘for a humanitarian border’.

Residents who are cross-border workers are worried about long queues and random checks between Spain and the Rock, and say that the spot checks have already been causing delays. The Rock’s leadership has said that it will stand with the British government’s decision on Brexit, but Gibraltar’s British residents are not happy.

In neighbouring Spain, the number of Britons registered for residency has substantially increased: an indication, say the Spanish authorities, that expats are concerned about Brexit and seeking to become as settled as possible before the UK leaves Europe. They suggest that Britons who want to stay should request a certificate of registration in the European Union before Brexit takes place – whenever that is. Some expats say they feel as though Brexit has already happened, and Sue Wilson of Remain group Bremain in Spain says that the group is ‘pretty sure’ that the UK is not going to leave on October 31st.

In March, Madrid put out a royal decree outlining contingency plans to preserve the rights of the c. 370,000 Britons residing in Spain, which has the highest concentration of British expats of any country in the EU. But expats remain concerned about the forthcoming limitations on freedom of movement, rising costs of healthcare in case they are no longer covered by the Spanish national health service, pensions, and the disparity between Spanish and British property prices which may mean that it’s no longer possible to return to the UK.

Meanwhile in Bulgaria, the government has pledged that the rights of the country’s 18,000 British expats will not change, but Britons remain worried all the same. Pension upgrading has been guaranteed for another 3 years but after that expats are concerned that their pensions might be frozen. Britons with pre-existing health conditions are currently covered by the S1 form, but they don’t know yet if this will be continued or whether they will have to seek private health insurance, with high premiums.

British expats in Bulgaria say that they feel welcomed by the locals, but have had to update their Bulgarian ID cards and obtain ten-year residency permits and Bulgarian driving licenses, which they may have to update yet again in the event of a no-deal.

There have been some reassurances, for example from EIOPA, the European Insurance and Occupational Pensions Authority, who have confirmed that any expats and future retirees’ private pensions taken out in the UK will not be treated as ‘cross border’. Eiopa has set out guidelines for financial regulators across the EU to follow and thus safeguard any UK pensions and insurance products expats took out while in the UK.

So if you are an expat currently living in the EU, what measures should you be taking this close to the deadline? If you haven’t done so already, it is strongly recommended that you take the following steps:

• apply for any residence permit
• start registering with any local national insurance schemes
• apply for a European or local national driving license
• apply for an EHIC (European Health Insurance Card): these will still be viable for Brits in some EU nations, such as Spain, at least for a year or so
• apply for your proxy vote for UK elections
• if you are intending to travel under a British passport, make sure that it has at least 6 months remaining on it from your date of travel, and renew if necessary
• contact your pension provider or the DWP if you have any concerns about the uprating of your pension after Brexit
• contact your vehicle insurance provider one month before you travel to get green cards for your vehicle, caravan or trailer
• if you take a pet between the UK and the EU, consult your vet to check any new travel requirements and pet passports

You can find out a great deal of basic information about Brexit, either under a no deal or if the current proposed deal goes through at some point, from the gov.uk website. There is, for instance, a list of country-wide guidelines for residency, healthcare, driving, tax, pensions and other aspects of life on the site below. The site also contains details of any outreach events held by the British diplomatic authorities in your host nation: the British Embassy in Austria, for example, is hosting regular sessions for British expats concerned about Brexit.

If you’re a expat from the EU living in the UK, you should also make sure that you have signed up for either settled or pre-settled status.