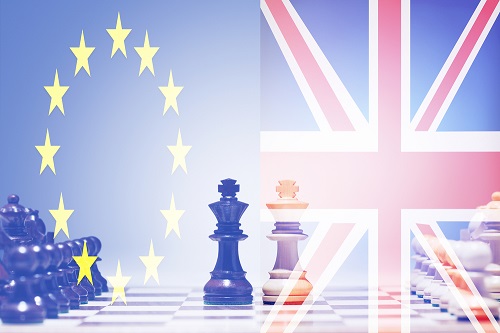 October has been crunch month for Brexit, as the deadline for a deal grows ever closer. Despite assurances from Downing Street that Brexit would happen, it now appears that the ‘oven ready’ deal is about to pass its sell-by date, and it’s too late to put it back in the freezer. The government has said that the negotiations are essentially over and that Michel Barnier should not even bother coming to the UK in mid-October. On October 20th, the PM said that there was ‘no basis’ for talks to continue.

However, there was something of a last-minute breakthrough on October 21st, when Michel Barnier said, “an agreement is within reach if both sides are willing to work constructively.” The breaking of this deadlock has been said to ‘raise hopes’ but not to provide any significant forward momentum. It remains to be seen whether sticky issues, such as fishing and state aid, will approach resolution at this late hour.

Meanwhile, Boris Johnson is about to go to war with the Church of England over clerical criticisms that Brexit legislation breaks international law.

What October has actually seen so far has been legal action by the EU, brought against the British government as a result of the Internal Market Bill, which would over-ride parts of the Northern Ireland Protocol. This has soured the relationship between the two entities to a significant degree, with both sides refusing to back down. As alluded to above, dispute resolution, fishing rights and fair competition rules remain sticking points. In France, Emmanuel Macron has threatened to block energy supplies (the UK still wants to sell electricity into the European grid, for instance) if French and other European rights to fish in British waters are not respected.

Boris Johnson has started using the term ‘Australian-style arrangement’ – if you are unfamiliar with this terminology, it basically means ‘no deal’, and we seem to be heading rapidly towards a cliff-edge scenario at the end of 2020. What this will mean in practice remains to be seen.

We have previously reported on the big issue of banks closing British expat accounts, and you can find more information about this in our financial round-up.

In other news, the French residency application portal was due to open on October 19th, amid some expats’ predictions that it would immediately crash due to the volume of use. We spoke to some of the expats who accessed it on Monday morning:

“It was very easy and a joy for those of us who’ve been here for more than five years. The requirements have suddenly become massively lighter. Less than five years – there are still all sorts of hoops to jump through, but I didn’t even have to prove income or health cover. Something that will be a pain for people is if they were/are married and documents are automatically in the husband’s name.” (Stephanie, in Normandy)

Another contact confirmed this view, saying that all of her bills are addressed to her husband. When she asked for them to be sent to her, they were instead addressed to “Mme [husband’s name]”. Thus, some female expats have experienced a few difficulties in this regard, but our contact added that, otherwise, the new residency application process has been “straightforward”.

British expats in France also report that local mairies have often been helpful, particularly those that have contacted government departments on expats’ behalf. The good news is that, as above, the new Carte de Séjour process has been substantially simplified. If you have a current CdS, you will need to upload a copy of it, and you will be asked to bring your passport with you when you attend your préfecture. Your new card will be valid for 10 years. If you have been resident in France for over five years and do not have a permit, you will need to supply your passport and proof of residency in the past (for example, via a rental certificate), as well as proof of your current residency.

If you have been in France for under five years, the application process is a little more complex, and you will need to show that you fit certain criteria, such as relating to particular professions. If you are economically inactive, you will need to prove that you will not be a burden on the French state – you will have to show proof of private health insurance or membership of the public scheme, and that you have enough income to survive (currently, this means around €560 per month).

If you’ve been planning to enter under the Brexit wire and have just landed in France, you will ideally need some proof of residence – a rental agreement rather than a hotel booking, for instance.

If you are planning to return to the UK from EU states with your European family, it might not be smooth sailing. British MPs have voted down a proposal to exempt returnee Britons with EU relatives from means tests (this is due to come into force in 2022). Conservative MPs have said that exempting EU nationals from means testing, such as if they are coming into the UK with British spouses, would introduce a kind of free movement by the back door. Baroness Hamwee, who has proposed the amendment, says “I received many emails describing many, varied families affected. They all explained the anxiety they felt.” The proposal is due to go back to the Lords.

A third round of talks will take place between Spain and the UK in mid-October, regarding Gibraltar. At present, there won’t be much change when it comes to flights, for instance, and Gibraltar wants to keep its border free-flowing.

In lighter news, Heinz have said that they will still be stocking Spanish stores with baked beans. The issue of whether some familiar products will still be available after the end of the transition period remains moot, but at least beanz will still meanz Heinz, at least in Spain.