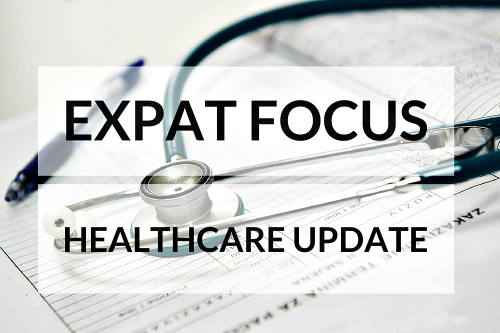 If you’re an expat living in China, paying for health and beauty goods such as medicine or makeup over online retail sites Tmall.com and Taobao Marketplace would have been challenging to say the least. In February, three U.S. expats, Jay Thornhilll, Tyler McNew and Charlie Erickson, made the sites accessible to English-speakers.China’s Tmall.com and Taobao Marketplace, spin-offs from the Alibaba group, offer more than 800 million products. Health-related products showcase a boggling variety that range from Conba Vitamin-C Beverage Tablets at £4.84 to Fu Yi Can Portable Folding Wheelchair at £179.60. Users love Tmall and Taobao since they offer brand name goods at low prices. Yet, getting around the sites can be confusing, especially if you’re unfamiliar with the AliWangWang language and struggle with Chinese currency.

Right now, users can only pay through Alipay, China UnionPay, and WeChat, but the founders are working on alternate gateway systems that would include Visa, MasterCard and PayPal. Users would be charged a 5% service fee of the item’s price and an additional eight yuan per item.

So far, Baopals has sold more than 7,000 products and serviced 40 counties.

On Monday, Sultan Al Qassemi recommended offering expats a green card that would give permanent residency to certain non-Saudi residents in order to attract investment and highly talented workers.

A green card would help people who have lived 40 to 50 years in the UAE retire in the country that they love. The proposal would particularly entice non-Saudi expatriates who have invested in Saudi property and had to leave their land behind once these individuals reached a certain age.

Saudi permanent residency offers certain financial advantages, but, more than anything, if you’re an expat living in the kingdom, the green card offers you an excellent healthcare package. The Saudi government provides its people with cradle-to-grave social welfare benefits that give UAE nationals an economic safety net and a relatively high standard of living. The Sheikh Zayed Housing Project, for example, helps provide housing for UAE national families through grants or interest-free loans, which are far cheaper for Emiratis than for expats.

Questions remain. These include, would expat Emiratis receive the same level of social welfare benefits as born Emiratis? Or would benefits vary according to type and strata?

On the whole, expatriates are finding the UAE easier to live in than before, according to a recent report released by compareit4me.com in May 2016. Property prices dropped between 10 and 13 per cent last year and are set to drop by a further 10 per cent this year.

With free healthcare on the horizon, more expats may decide to remain in the kingdom.

If you live in Bahrain and set up a medical clinic, medical center, pharmacy, or the like you’re in luck. The old laws forbidding you control have changed.
On Monday, King Hammad allowed non-Bahrainis to steer their companies without seeking a Bahraini to share them with. The decree, which reversed the Companies Law, had been issued during the National Assembly’s recess in October and was unanimously approved by the Shura Council.

The Commercial Companies Law, passed in 2001, had reserved certain business activities for Bahraini nationals and companies. These included medical clinics and centers that could be controlled only by qualified Bahrainis or by certain Arab citizens who lived in Bahrain. At least 50% of city pharmacies had to be owned by a Bahraini. In the past, expats paired with Bahrainis in order to keep their organizations.

Now, expats who live in Bahrain can call their clinic, medical center or pharmacy their own.

On 3 May 2016, Australia capped the amount that British expats could put in their Australian pension accounts to £254,000. In the past, expats had been allowed to export an annual £91,500. Observers say that this would make retiring to Australia more difficult for British residents and would force them to leave more behind in their British pensions and bank accounts.

A growing number of elderly British expats say they cannot afford Australia’s growing health care insurance and reluctantly return to Britain or look for a cheaper lifestyle in a nearby place, such as Singapore, to stay close to their families.

Australia is the world’s 13th most expensive country, according to Numbeo, a website that analyses the cost of living in countries around the world on the basis of consumer prices. It is cheaper than the U.K. For that reason, among others, more than 3000 British expats over 55 with subclass 410 retirement visas have moved to Australia over the last decade. During that time, the price of healthcare services has increased. Even worse, the British state pension froze at the rate it was when expats first left Britain, rather than being uprated in line with inflation.

Australia has free Medicare that covers most exigencies. Expats who move for a limited time have approximately 36 insurance companies to choose from. The most popular for-profit premiums are Medibank Australian Unity, which is the biggest, and state-owned Bupa Australia and NIB. Smaller non-profit insurers include HCF insurance and GMHBA.

Tony Whalley, 78, moved to Albany, Western Australia, with his Singaporean wife, Maggie, in 2006. Last Tuesday, he told the Telegraph that in 2006 he paid £1,900 (at today’s exchange rates) a year. This year, he paid £4,250 – a rise of 123 cents over a decade. Said Mr. Whalley: “We are very happy here and don’t want to move but ever increasing services, costs and insurance mean our frozen state pension plus a private pension I have don’t cover everything. Each month we have to dip into savings.”

British Pensioners in Australia (BPiA) fights for the rights of many thousands of British expat pensioner members to receive the full pension. Without that, more British expats may leave.

On Wednesday, Saudi Arabia’s new Health Minister Tawfiq Al Rabia decreed that expat doctors and specialists will have to hand in their work permits, or Iqamas, after 10 years in the kingdom. Expat consultants are given another five years before they have to return their permits. In his 11-point plan to streamline the country’s health system, Al Rabia also barred non-native Saudis from claiming administrative positions in government hospitals. Medical management positions would be limited to Saudis, or to people from the UAE, who are qualified in administration and hospital management.

Saudi doctors and medical practitioners have long complained that their jobs have been taken by an influx of non-Saudi specialists and consultants. Some Saudi doctors have said that work shortage has forced them to work in administrative or non-medical positions.

The report did not clarify whether these non-Saudi doctors could transfer their Iqamas to the private hospitals.

The 472,000 Britons living in Europe have long counted on receiving pensions that rise in line with inflation, but that may change once Britain leaves the EU on June 23.

According to conditions under the European Economic Area (EEA), British expatriates who retire to any country within Europe can receive full health coverage and pensions that model inflation or wage increase – whichever is higher. With Brexit, however, the situation may change, and former British natives may find their pensions frozen to the amount they received on the day they first became entitled to them, or when they left Britain if they were pensioned then.

According to the International Advisor, the leading website for fiscal organizations that distribute international fund, life and banking products to high net worth individuals, “Failure to secure an arrangement would mean an individual aged 65 and in receipt of the £155.65 flat-rate state pension would lose up to £50,000 in pension increases over 20 years.”

Other analysts are pessimistic. The House of Lords European Union committee, for instance, warned that expats may have to wait months, if not years, for results until Britain emerges from negotiations with the European Union. Other observers point to past failures where Britain failed to negotiate similar deals with non-EU countries and predict a repeat here.
Some countries do grant British expatriates yearly pension increases. These include the US, Turkey, Macedonia, Israel, Guernsey, Barbados, Montenegro, the Isle of Man, Bermuda, Mauritius, Bosnia, Jersey, Jamaica, Kosovo, the Philippines, and Serbia.

Regions such as South Africa, Canada, New Zealand and Australia cap pensions of UK people who live in their countries to a certain amount.

A report by the House of Lords European Union committee this week warned that if Britain leaves the EU on June 23 as predicted, free healthcare benefits under the European Economic Area (EEA) deal may be eliminated.

At present, anyone over the state pension age living in Europe has free healthcare. With Britain leaving the EEA, these benefits may cease. At best, renegotiations may dangle as discussion over expat rights as non-EU members could be lengthy and complex.

The Department of Health thinks this is unlikely since not only does Britain pay hefty amounts to cover expat health care, but it also reimburses other EEA countries and Switzerland for the cost of providing treatment to “people we are responsible for under European Union law, irrespective of nationality”. Furthermore, it would give Britain cause for denying free healthcare to EU national living in England.

In case Europe does retract its benefits, the House of Lords European Union committee has also left a loophole: There’s a chance, they said, that they could rejoin the EU and matters would normalize.

In Khamis Mushayt, Jeddah, three children and their parents were found dead in their home on Thursday. Neighbors alerted the police after a foul odor came from the house. Police forced open the door and found the bodies of the expatriate family in a decomposed state. Police spokesman Zaid Al-Qahtani told Arab News that Jeddah’s Bureau of Investigation and Public Prosecution is investigating the incident.