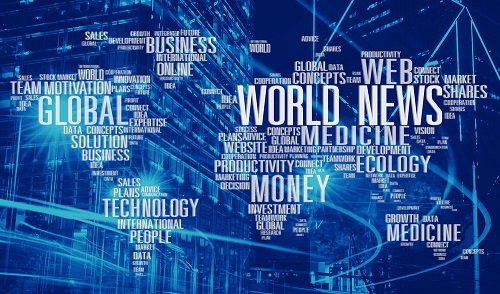 The international news for expats in April has still been focused on the two big stories: the repercussions of Brexit and Covid-19. However, plenty of other things have been happening internationally, too. In this round-up, we take a look at the main news stories and how they could affect you.

The Arab News reported in April that expats in the Kingdom have been resisting a move away from the country during Covid-19. The Saudi response to the pandemic has been decisive, resulting in a level of reassurance for expats resident in the country. The Saudi authorities reported in late March that they would make vaccinations available for all, including anyone who has overstayed their visa – an amnesty designed to have as much of the population vaccinated as possible.

American Ambassador John Abizaid has urged the US community in Saudi Arabia to “shelter in place” rather than return to the States. He says that the “food supply is good, emergency services are sound, [and the] medical system is functioning.”

A number of British nationals have also stayed put, despite emergency flights back to the UK being available. They say that the Kingdom’s response to the pandemic early on, including its implementation of curfews, has been effective and that Saudi society has been united in the face of the crisis.

Hong Kong, having learned from SARS, had a draconian response to Covid-19 at the start of the pandemic. Whilst this has been regarded as commendable by many of the city state’s residents, the impact on some expat groups has been considerable. The American Chamber of Commerce reported this month that some expats are worried that entire school classes could be placed in government quarantine, and have expressed their intentions to relocate should this be carried out.

Expat bankers have described the restrictions as ‘Orwellian’ and say that they will consider moving staff to other financial hubs if the strict quarantine controls are sustained, and that having to enter government quarantine at 24 hours’ notice does not make the former colony a more appealing destination for expats considering a move. Singapore, for example, also insists on government quarantine, but only if your home is not considered suitable for isolation. It seems possible that Singapore may see a relocation of financial personnel from HK in the near future.

However, the mandatory quarantine period is due to be reduced from 21 days to 14 days for some vaccinated travellers, as the city state reopens to low-risk tourists, mainly travellers from Australia, New Zealand, and Singapore who are not Hong Kong residents.
Those coming in from these locations will qualify for a 14-day quarantine period, followed by a week of medical appraisal and Covid-19 testing on the 19th day.

Expats ‘bear the brunt’ of layoffs in Singapore

Although the financiers may be looking south, a recent report by the Ministry of Manpower in Singapore has showed that employment in the state has seen its biggest drop in decades, and overseas personnel have ‘born the brunt’ of this. Moreover, now that the pandemic finally seems to be slowing down, Singapore may not see as big an influx of foreign workers as before.

“Stricter foreign worker measures and border controls will likely impede the hiring of foreign workers, even for the skilled segment. There is a structural element, not just cyclical, as policies shift towards reducing the reliance on foreign labour.”

Qualifying salaries for S passes and employment pass holders were raised again last year, in an attempt to restrict employment for expats so that locals could be prioritised. Construction, manufacturing and food and beverage services are likely to have been the hardest hit by this policy, plus aviation and accommodation, as subsidies for local hires have been particularly generous in these latter two sectors. Local hires provide a limited pool of talent, so employment experts say that it is more likely that companies will take on locals who do not have such a strong skill set, but who can be trained.

The recent unrest in Myanmar has seen business prospects plummeting, and a number of expats are considering leaving the country. Foreign investors are being pressurised to halt dealings with the junta, and Chinese expats fear that they may be targeted. Raids, and the practice of the police firing into residents’ homes, have obviously made for a deeply uncomfortable atmosphere, and some employees are too afraid to commute to their offices. Chinese-owned businesses have been targeted, as a result of Beijing’s perceived support for the coup – although the Chinese authorities have called for a return to order.

The World Bank has forecasted that Myanmar’s economy will contract by 10% in 2021, a direct result of the coup, and there have been warnings that the country could become a failed state. The UK and USA have imposed sanctions, and companies – such as Japanese beer manufacturer Kirin, Australia’s Woodside Petroleum, French electricity utility firm EDF, and German banknote printer supplier G+D – have said they intend to suspend business with corporations that have military connections.

Britain and the States, plus Germany and Singapore, have advised diplomatic staff to leave. Cash shortages have proved to be a problem, and investors are naturally wary, resulting in further economic downturn.

Stranded Australians appeal to the UN

Human rights lawyer Geoffrey Robertson QC filed a complaint to the UN’s Human Rights Committee in Geneva in mid-April, regarding the plight of Australian expats who are still being denied the opportunity to return home, as a consequence of caps on flights, and who say that PM Grant Morrison has been “operating in a moral vacuum.” Although around half a million Australian citizens have been able to return, the quota on flight caps has meant that approximately 36,000 are still stranded – some have been trying to get home since March last year.

Nearly 5,000 of these people have been classified as ‘vulnerable’, although they are likely to have received vaccinations by now in their host countries. Most are in India, but there are also substantial numbers in the UK, the US, the Philippines and Thailand. Although international flights into Victoria, for example, are set to resume soon, providers such as Singapore Airlines have also complained about the lack of operating instructions, as well as the constantly changing border regulations.