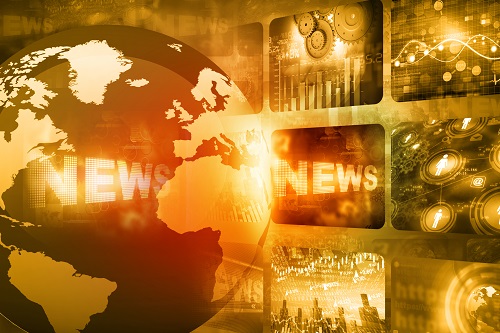 Singapore has been overhauling its expat visa scheme, in an endeavour to attract highly skilled expats to the city state. Minister for Manpower Tan See Leng said: “What we are trying to do is to be able to differentiate the high talent, the really super skill sets talent that can come to our country to work to complement our existing workforce.”

Based on a points scoring system, the new rules, which apply to visas such as the Employment Pass, are due to begin in September 2023. The goal is to replace expats who leave with more highly skilled immigrant workers. We’ve reported before on anti-foreign sentiment in Singapore, and increased attempts at localising hires, especially before the pandemic. However, Covid-19 has changed matters across the board, and Singapore is now facing a skills shortage in a variety of sectors, from construction to high-tech and finance. Minister Tan says that there is going to be an emphasis on attracting highly educated women into the workforce, as well as older employees. More flexible working practices have been suggested in order to facilitate this aim.

Meanwhile, the Financial Times has reported recently that expats from Hong Kong are driving up both house prices and competition for school places in Singapore. Competition for places in international schools has been escalating in recent months. Craig Considine, Chief Executive of the Singapore-based Tanglin Trust School, told the FT that the first two months of 2022 brought as many applications as for the whole of 2021, with 15 families interested for every one junior school place available.

Parents have been looking at international schools to give them wider options in educating their children abroad. Also, many in Hong Kong have become concerned about increasing national security laws, some of which are already making their way into the classroom, with children being educated on national security. Those uneasy about the ideological reach of Beijing may want their kids to be educated in a more internationally neutral environment.

Expats resident in Australia have been caught up in the recent floods; New South Wales has been particularly hammered by ferocious weather. At least one British national has died. The Australian government has estimated that flooding is the most expensive natural threat to life and property in the country, with homes undermined and destroyed and evacuations underway. The Australian government has published advice for those afflicted, and you can find some resources on the government website. This includes support in getting medical advice or prescription medication, a list of mental health resources, support for aged care in afflicted communities, and financial support from the Australian Government Disaster Recovery Payment (AGDRP).

On 9th March, the Australian Government also announced an AUS$35.9 million package to ensure continuity of vital services and the provision of additional mental health support for people devastated by the east coast floods. Details of this can be found on the site above.

The Daily Express reported this month that some British expats in Spain are concerned about their electricity being cut off, because their properties have been built illegally. Many of the people affected were not aware that their homes were not legally built – having been assured by lawyers during the initial purchase that there was not an issue. Some were constructed without planning permission, and there is no opportunity to have this granted in retrospect. Moreover, some of the homes do not have a proper electricity supply or potable water. Solar panels provide another option, but the fact remains that these houses are not up to spec, and many residents are growing older. Some of them have lived in their property for 20 years, and would like to gain retrospective planning permission.

Expats in Shanghai have found themselves affected by the recent lockdown, a response to the latest Covid-19 outbreak, saying that the supermarkets have been flooded by people stocking up and that they have been unable to leave. Not all of the city initially went into full lockdown: residents in the eastern half of the city, in Pudong, were at first simply told to stay home, but this changed in the first week of April, when the whole city was placed under restrictions.

Shanghai has been badly afflicted by Covid-19, with the last four weeks showing more Covid cases than across the previous two years. The BBC reported that 20,000 employees working in the financial sector have been told to quarantine in their offices in order to keep the sector running. This is perhaps preferable to the woman who had to spend a four-day lockdown in a gym, but perhaps not in comparison to the one who got stuck in a hotpot restaurant. Mass quarantine centres, such as the World Expo, are said to lack sufficient basic facilities.

However, there is some better news for anyone worried about their documentation. Leniency has been extended by the authorities to those who have been prevented from renewing their visas because they’ve been trapped in the lockdown. People who have already booked flights but whose visas have overrun will be first in the visa extension queue, and the exit-entry authorities have been issuing others with short-term visas.

The Philippines has gradually been opening up this spring, with families separated by the pandemic now able to re-enter the country and reunite. The Bureau of Immigration has seen a distinct increase in travellers since February (from 5,000 before February to 12,000 in recent weeks). From 1st April, the country is admitting all fully vaccinated travellers without quarantine, including foreign nationals. The Department of Health says that Covid-19 rates in the country are continuing to fall.