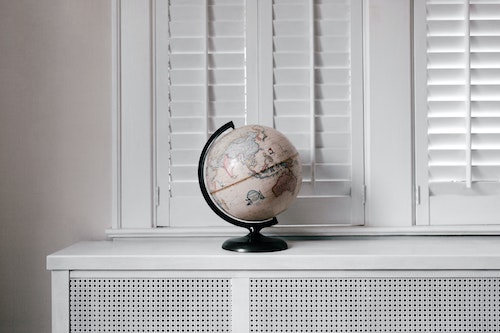 Covid continues to cause ripples in all sorts of places and in all manner of ways and if you were part of the ‘Dunkirk return’ recently – trying to get back from France before the new quarantine regulations in the UK kicked in – then you’ll already be painfully aware of this. The British press had a field day with the episode, running stories of people forced to abandon their children (usually in the care of another relative, as it turns out, rather than by the side of the autoroute) and so forth. However, the recent travel panic does illustrate the importance of keeping an eye on the news, as well as on government travel websites: the roller-coaster nature of the pandemic entails that travel plans can be swiftly thrown into jeopardy.The expat real estate sector reports that an increasing number of Americans are looking at the possibility of escaping from their own country, too, with a rise in the number of searches on job and property sites for the expat market. Uncertainty over the forthcoming election is part of this, and the difficulties caused by Covid are also a factor, as the internal job market is plunged into disarray and the government continues to handle the situation badly, in the eyes of some of its citizens.

Many Americans are looking at the places where their money will go further, and perhaps seeking an earlier retirement than planned. At the moment, of course, they can do little in terms of actually moving, since the borders of many countries are closed to US citizens, but when this lifts, expect to see an exodus from the States. Central America and southern Europe are particularly popular options at present.

Last month we also reported on another exodus, this time of expats leaving the Gulf States. This trend looks likely to continue, with a high percentage of workers estimated to be leaving the Gulf by the end of 2020. This is partly due to the attempt to recruit a more local workforce, partly due to the effect of Covid on the job market (‘no work, no pay’ policies have been particularly deleterious), but also due to a recent crackdown on fake companies.

In relation to Kuwait, Al Qabas reports that “In the last few months there has been an intensified security operation, which led to 450 companies being referred for investigation and 300 cases have been filed.” It’s estimated that as high as 100,000 expat workers could be working for companies which don’t actually exist. Nourah Al Sulaiman, Ensaniyat Project Manager, told Gulf News:

“Although the crackdown is overdue, it is a step in the right direction. However, many expats are paying the price as they leave Kuwait not knowing if they are coming back and in most cases without receiving their salaries for months.”

Illegal permit trading has been a problem in the region for some time, with a Bangladeshi MP, Mohammad Shahid Islam, charged in June for human trafficking, money laundering and bribery in the context of his various cleaning recruitment operations. A general lack of transparency on the part of recruitment agencies, who bring workers into the country for services such as ‘marketing,’ which then turn out to be plain domestic labour, is also apparently to blame. The situation has been described as being ‘exacerbated’ by Covid, but there is a consensus that problems existed before the pandemic.

However, it is a different story in Malaysia, which has also recently introduced a limit on the number of foreign personnel, restricting hiring to certain sectors such as construction, and which has now been forced to backtrack. Human Resources Minister Saravanan Murugan says:

"However, there were some employers who claimed to still need a number of foreign workers and urged the government to withdraw the freeze on recruitment of new foreign workers."

If there is a general global trend as the planet gradually emerges from the grip of the pandemic, it is one of increasing localisation. The situation in Malaysia suggests that this might not be the case permanently, but many countries are reporting that expats are leaving, again mainly due to job loss and the focus on local hires. In Hong Kong, the additional impact of new security laws has meant that recruiters are finding it more difficult to draw professionals in from the West.

The Wall Street Journal and the South China Morning Post have both reported that the city state’s expat community has been shrinking. The number of British residents has decreased by around 10% over the last year, followed by the Australians and Americans. Pollution has also been cited as a factor and not all expats have been returning home: many have been relocating to Singapore. However, some recruiters say that expats in some sectors have also been demonstrating an interest in moving to various African nations in recent months, an area which has ‘huge growth potential.’

Most people stuck in other nations during the various lockdowns have now returned home, but there is news of anger among some Australian citizens, who fear that the green light given to a student programme will cause further travel problems. 300 students from China, Japan, Hong Kong and Singapore are due to fly into Adelaide in early September, but with operations at Quantas still on hold until 2021, Australian expats have accused other airlines which have resumed flights into the country of ‘price gouging.’

Some Australians resident in the Netherlands have reported fares of up to €11K to get their families back down under. Flights one way with Qatar Airways at the end of this month are quoted at £6K, and both state and federal governments are still capping the number of citizens who will be able to fly in. Many Australians still abroad say that they feel ‘abandoned’ by their government and some have described the decision to let overseas students in above Australian citizens as a ‘slap in the face.’ The authorities, meanwhile, are keen to kick-start the lucrative international education sector.