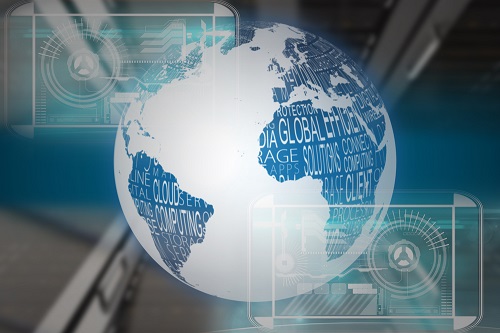 The most expensive cities for expats

Paris and Zurich have joined Hong Kong to become the most expensive places for expats to live, according to a recent report from the Economist Intelligence Unit (EIU). They say that the Worldwide Cost of Living Index has seen these European contenders nudge Singapore and Osaka from their previous positions. They also note that Tehran is, as it were, storming up the charts – a result of US sanctions causing a hike in the cost of living. The cheapest city is Damascus.

Travel plans are still, unfortunately, being disrupted, due to a combination of Covid-19 and, in some cases, Brexit. British citizens contemplating non-essential travel to the EU are likely to face travel bans from 1st January, under the European Union’s Covid-19 restrictions – these will apply to British people as third party nationals once we are out of the EU. It is unlikely that any exemptions will be made, although EU expats resident in the UK will be able to return unimpeded.

In theory, however, according to The Guardian, individual states could over-ride the Brussels directive. However, it remains to be seen whether they will do so. Essential travel is usually classified as work-related. This will therefore encompass journeys made by medical or military personnel, seasonal farm workers, diplomats and others. It clearly does not, however, include holidays.

Although easyJet and other companies have reported a rise in bookings for early 2021, travel companies in the UK report that winter holiday bookings to ski resorts are very low at present. This is due in part to the impending ban, but also to concerns over Covid-19 and Brexit, as well as the expiry of the EHIC. Moreover, travellers should note that travel insurance is likely to be negated by the FCO directive not to travel. This is particularly relevant in the case of skiing, which is obviously high risk.

You may want to contact your insurance provider, particularly if you have specific winter sports cover. Note that you can get travel cover that takes violation of FCO advice into consideration, but it is likely to come at a higher cost.

Overseas workers in the UAE

Arabic newspaper Al-Khaleej recently held a seminar to discuss local concerns about the levels of overseas workers in the UAE. Emirati businessmen discussed the dominance of foreign personnel in the local private sector and expressed reservations about how much infrastructure was in the hands of overseas workers.

The UAE is currently transforming itself into an IT and technology hub, but local businessmen have expressed concerns about the number of unskilled workers flooding into the region. The secretary-general of the Federal National Council said that he feared “becoming a 1%.”

The focus of the problem, however, mainly relates to non-Western, unskilled workers, who often remain illegally in the region, working on farms or in petrol stations, after finishing the construction projects on which they were originally employed.

However, there is some good news for expats in the Middle East: Kuwait has signed up for the Pfizer-BioNTech and Moderna vaccines and is looking at a rollout from January. The government says that it will be giving free vaccines to the country’s many expats.

In saying this, one might be forgiven for being a little cynical about this generous gesture, for, as expats in the country will know, Kuwait is ‘rebalancing’ its population by forcing up to 70,000 expats aged over 60 to leave the country. Since this is one of the demographics that will be first in line for the vaccine, the programme is likely to be somewhat more limited than it would otherwise have been.

We have reported before on the ongoing saga in France and the Netherlands relating to ‘accidental Americans’ – those who have an American parent and are obliged to pay a substantial fee to renounce their citizenship. The US currently charges a US$2,350 fee, but this month a number of ‘accidentals’ (representing ten different nationalities) filed a complaint in a US District Court in Washington. The complaint maintains that the ruling violates the U.S. Constitution and international law. The saga continues…

Expats report that things are getting back to normal in China, but with added ‘health codes’ on an app that you must display if travelling between different regions. Expats in Shanghai report high footfall in malls, restaurants and railway stations. Alipay gives you a colour code – red, yellow or green – that displays your current state of health, with red denoting the highest risk. The app also shares your details with the local police, an example of ‘surveillance creep’, which is concerning human rights organisations that keep an eye on the region. Alipay says that it uses big data to estimate who might be a Covid-19 contagion risk, but the Chinese government are also relying on human power to take personal details, such as outside public transport.

As many expats will already be aware, a number of nations, including some of the Southeast Asian hubs, like Singapore, are insisting on a mandatory quarantine period for those entering the country. However, some countries are starting to look further into the future.

Cyprus, for example, is one of the first countries to say that they will waive quarantine regulations for those who have been vaccinated against Covid-19. This piece of legislation has been specifically engineered for those travelling from Britain, since the UK’s vaccination programme is now underway, and a large number of tourists – around a third of the total – visit from the UK. This is in part an attempt to revitalise the country’s flagging tourist industry, and it seems to be working.

Travel agents have reported an increased number of bookings for April and May – mostly from an older demographic, with whom Cyprus is a popular destination, and who might confidently expect to have been vaccinated by the spring. They say that the next big push will be to encourage younger tourists back to the island. For ease of movement, they suggest that people take the rapid antigen test as proof of Covid-19 negativity, rather than the PCR test.