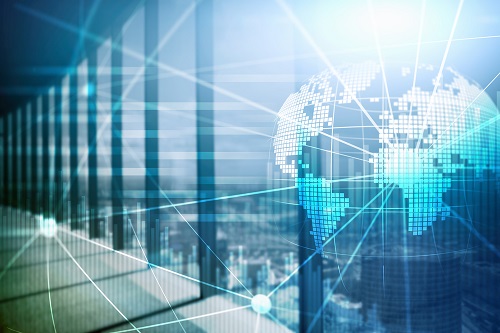 The best place to live as an expat

HSBC has recently published its 14th annual Expat Explorer survey, canvassing around 20,000 people and analysing where in the world is currently most popular with expats, and why. Work remains the main driver of relocation, as one might expect. On the basis of work, therefore, the survey ranked the top ten places that expats choose, as follows:

It’s interesting to see Hong Kong topping the list. Throughout this year, we’ve reported on the exodus of expats from the city state, a result of stringent Covid-19 policies, unrest, and the government’s crackdown on protests. From HSBC’s findings, however, it looks as though Hong Kong remains a popular choice with expats in business.

The survey also highlighted expats’ concerns. 68% of those surveyed said that flexible working was important to them. Between 78% and 85% reported that the prospect of flexible working in countries such as Jersey, Russia, India and Bermuda had influenced their choice of location. A number also said that approaches to parental leave were critical and would influence their preference.

High salaries and possibilities of promotion were a priority for only 23% of those canvassed. Women reported that being with their partner and closer to family and friends was a higher priority. Around a fifth of those surveyed said that opportunities for setting up their own businesses were a factor – particularly those in Indonesia, South Africa, and Bahrain, followed by Vietnam, Taiwan, the Philippines, Mexico, the UAE, the Isle of Man, Mainland China, Russia, Japan and Turkey.

About a third of respondents reported feeling optimistic about their future in their chosen country – despite issues such as the pandemic. Covid-19 does not seem to have made much of a dent in people’s desire to remain in their host nation. Only 7% of respondents said that they were intending to return home as a consequence of the pandemic.

Overall, taking into account factors other than work, the list for the 2021 survey of the best places to live is as follows:

“As the world begins to open up, our study highlights how global mobility has not diminished – with borders reopening in several locations, expats are looking forward to exciting opportunities in the year ahead, so they can continue exploring and accelerating their careers. Our findings show how the majority intend to continue living in the same location for the foreseeable future and how priorities continue to shift for an increasingly dynamic and hybrid workforce. This, combined with more people beginning to move abroad again, opens up a world of possibilities and benefits for employees and employers alike.”

HSBC is not the only organisation to publish a report on the best destinations for expats. Money.co.uk has also conducted a survey, this time with a focus on places chosen by British expats. The survey took into consideration factors such as the cost of living, the climate, internet speed, life expectancy, and income. Unsurprisingly, European locations close to home came high on the list: Spain, Portugal and Greece remain attractive to British citizens who want to move abroad.

However, there was a left-field entrant that beat all of these locations: the most desirable place for respondents was the city of Austin in Texas. With its laid-back cultural life, high life expectancy and appealing weather, this American city scored highly among money.co.uk’s expats. Second was Japan, regarded as a safe and largely crime-free country with a high standard of living. The third highest choice saw a return to the USA, with pretty Charleston in Alabama. Fourth was Dubai, then fifth was glamorous Los Angeles, followed by Abu Dhabi, Miami, Muscat, San Francisco and Las Vegas.

HSBC also conducted a separate study, which canvassed around 2,000 people at corporate hiring level and around 7,000 businesses. The study found that seven in 10 countries are intending to increase global hires over the next year. Hirers also showed that they were conscious of the desire for flexible hours among their workforce, and that the wellbeing of their employees was a top priority for them.

We have reported before on the UAE visa, designed to attract entrepreneurs and skilled talent, and some months down the line, the new regulations seem to be proving attractive to expats. Tenures have been extended by around three years, a phenomenon which recruiters in the region put down to the new visa. Foreigner-friendly initiatives and a relaxation of the laws regarding divorced women’s ability to work are also attracting expats to Dubai, which is now emerging from a successful response to the Covid-19 pandemic. 100% foreign ownership of mainland companies is also a popular change.

Hirers and recruiters report a shortage of the right kind of talent. Skilled expats who can work on a hybrid model are in demand due to newly digitised workplaces. However, recruiters also say that hirers in the Emirates need to take a close look at salaries, otherwise the region may find itself at a disadvantage when it comes to competing for expats with other parts of the world.