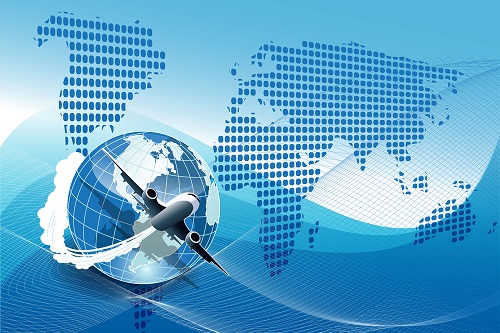 In late November, it was reported that the Spanish authorities were interested in scrapping the 90-day rule for British visitors resident the country. Spanish Tourism Secretary Fernando Valdés said that the restriction is working against Spanish interests, but that Spain can’t do much about it, because it did not set the regulations. Valdés adds that the Spanish authorities are intending to lobby Brussels to allow British holidaymakers to stay longer. “It is in our interest to lobby and convince [the EU] we can try to work an exception with them. But the solution must come from them.”

British visitors and expats are extremely important to the Spanish economy, and the Spanish government is working on setting up a bilateral agreement between the two countries, in order that hospitality workers can stay in Spain throughout the tourist season.

Writing in the Independent, Simon Calder also points out that relaxing the 90-day rule is not in the hands of the Spanish government, but he says that an easier way to obtain a long-stay visa would be in the power of Madrid and might be on the cards in future.

Vouchers issued by airlines for flights cancelled due to Covid-19 may still be valid in 2023 (although travel experts point out that their value may have decreased due to the rising cost of flights). They also warn against a sudden surge in demand from people eager to cash in their vouchers before they become null and void. However, if you’re not able to travel, you may be able to cash in your voucher with some airlines. British Airways, for example, says: “If you were due to travel with us between 9 March and 19 November 2020 on a flight that was then cancelled, we were unable to offer our full range of ways to access refunds at that time. If you are eligible, you can now get a refund online for the voucher you hold.”

The InterNations Top Ten Cities survey for 2022 has now been published. Sunny Valencia comes top, followed by Dubai. The full ranking is here:

Valencia also comes first in the Quality of Life Index, and third in the Ease of Settling In Index and the Finance Index respectively. But there is some bad news – it does not fare so well when it comes to finding work, with 50% of the expats canvassed giving it a poor local employment rating.

Dubai, on the other hand, ranks sixth in the Working Abroad Index, and expats said that overall they were happy with their jobs, and complimented the local business culture.

Respondents noted that they found number three on the list, Mexico City, affordable and friendly, but it did not rank so highly when it came to safety. One in three respondents said that they were unhappy in relation to their personal safety. Mexico City ranked in the lowest 10 globally with regard to the Quality of Life Index, due to those safety concerns and also disappointment with environmental issues.

In the Expat Essentials Index, which deals with aspects of expat life such as opening a bank account and dealing with local bureaucracy, the Middle East performed well, with Dubai in first place, followed by Abu Dhabi. “Most day-to-day things are easy to do,” one Abu Dhabi expat resident told InterNations. In third place, came Singapore.

All the way down at the bottom of the list, number 50, came Johannesburg. Housing is affordable, at least, but expats proved unhappy with pretty much everything else, from their personal safety to their employment prospects.

Driving licence issue in Spain has been ‘resolved’

We have reported extensively on the issue of UK driving licences no longer being valid in Spain, due to Brexit, and the diplomatic problems that have ensued in recent months. However, it appears that there is some light at the end of the tunnel, due to an update in late November from the British Ambassador to Spain, Hugh Elliott:

“Today we have made a significant step forward. You may recall that we have been in discussions with the Spanish for some weeks over two outstanding, complex issues. I’m pleased to be able to tell you that we have now reached an agreement on those two points. So we will now take forward the remaining steps including legal checks, securing ministerial approval on both sides, which for Spain is by the Consejo de Ministros (the Spanish Cabinet), and the necessary treaty processes and formal exchanges.”

The Ambassador has not been able to divulge how long this process is likely to take, although a further statement hints that it might be weeks rather than months. Mr Elliott went on to say that when the agreement has been finalised:

“…you will have six months to exchange your UK licence for a Spanish one, and during that time you will be able to drive using your existing valid UK licence.”

This development has been greeted with considerable relief by those expats who have been affected by the ban and want to get on the road again. Less delighted, one assumes, are the dozen criminals arrested recently in Seville for faking driving licences for foreigners, although this seems to have applied to illegal immigrants rather than to those residents who simply didn’t manage to exchange their licences in time.

Expats reveal likes and dislikes in the USA

The Daily Express reported in November on aspects of American life that expats find challenging: cities designed for driving, drive-thru shopping and huge portion sizes were among them. Americans responded that the country has pretty much invented the doggy bag, and large portions are designed for leftovers – something that is not the case in European restaurants!