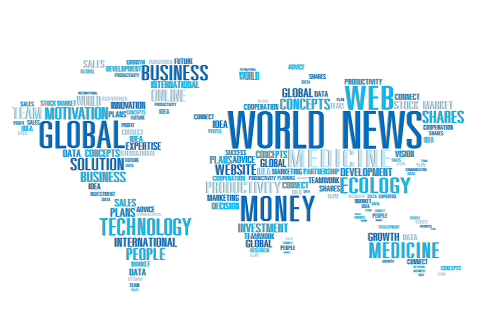 The latest survey conducted by immigration law firm Reiss Edwards, and cited by the Daily Express, rates Australia as the most popular destination for British expats, followed by Canada, New Zealand and the USA. Spain, Ireland, France, South Africa, Germany and Italy also appear in the top ten. Family ties, climate and language seem to play a big part in decision making. All the nations in the top three are part of the Commonwealth.

Australia is finally opening its international borders after the Covid-19 pandemic. The Federal Government is said to be very close to naming a date and welcoming vaccinated travellers back into the country. This is obviously good news for those who have not seen family or friends for a long time. Vaccinated Australian citizens have been allowed back into the country since November, easing the pressure on the many Australian expats who found themselves stranded abroad during the pandemic, as a result of the nation’s strict Covid policies.

Covid hospitalisations and deaths are decreasing, and over 90% of the Australian population has now been vaccinated, causing a relaxation of the border policy, in line with public health recommendations. Testing requirements have also been scaled back; negative rapid antigen tests are now being accepted for travellers, along with PCR tests.

However, neighbouring New Zealand is still playing safe, and although it’s allowing vaccinated New Zealanders back in after February 27th, the phased re-opening doesn’t include everyone. It’s likely from what the authorities are saying that the borders won’t open fully until October, although vaccinated backpackers can enter from the 13th of March, and international students will be permitted entry from April 12th.

Moreover, expect some continuing regulations around isolating once you arrive. This last policy has been slammed by tourism and airport bosses, who say that travellers won’t want to visit the country if they have to spend their first days in a government approved quarantine hotel. New Zealand has kept the Covid-19 death rate exceedingly low, but at a high economic cost.

A need for skilled financial sector workers has led to the little Isle of Man seeing a surprise rise in the number of resident South Africans, according to management consultants. The island has its own immigration policy, which does not depend on high initial investments, but it does have a need for people in the digital and financial industries. A number of South African companies, such as Nedbank, Standard Bank, Microgaming and Derivco, have recently set up shop in Man.

With no Corporation Tax, Capital Gains Tax, Inheritance Tax, and a 20% cap on personal tax rates, the island is proving very popular, though it might seem a surprising choice given its relative size. However, what it lacks in geographical stature it makes up for in opportunities for expats.

Tunisia, Algeria and the Gambia popular among expats

Tunisia, Algeria and the Gambia have been cited as the most popular African nations for expats when it comes to cost, according to Digital Marketing Consultant Ochuko Eyube, writing for Business Insider this month. South Africa also appears in this listing. The country’s cost of living is currently 40% less than that of France.

British expats ‘not put off’ by Brexit

Property Guides, the international property experts, conducted a recent survey of 900 prospective expats, who said that Brexit had not put them off wanting to move to the EU. While 4% of respondents had abandoned their plans, a robust 85% said that they were still planning to relocate. The majority of those who have already gone ahead and purchased property have done so in Spain, and it is likely that this European nation will remain a firm favourite among British expats. In saying this, the majority of respondents who had been dissuaded by the UK’s departure from the European Union had been intending to move to Spain.

Among those respondents who had not yet invested in property, France was the first choice, followed by Spain and then Portugal. It is not a surprise that those of retirement age make up such a large percentage of these numbers. Reassurances over healthcare in the EU and the continuation of the S1 form will have lent fuel to plans to move, since this was a potential major stumbling block among those preferring to rely on national healthcare systems.

The president of Valencia, which includes the Costa Brava, has also said that he would like to see the residency cap of 90 days extended to six months with regard to British visitors. He says he would like “Brexit to be as Brexit-less as possible,” a sign that British incomers remain important to the Spanish, and to local economies. It’s obviously still possible for Brits to live in Spain, but Spanish authorities have told those expats who have not yet applied for residency to ‘get a move on.’ The Specialised Committee on Citizens’ Rights says that although around 180,000 Brits have now received their TIE residency cards, this is estimated to be only about half of the Brits in the country. This includes people who have been resident for over a decade – and the rules are now starting to be enforced, so if you have not applied for residency yet, it’s advisable to do so.

Dutch university association UvN says that foreign students, who account for 80,000 of the country’s 340,000 students, are putting too much pressure on the higher educational system and the country’s 13 universities. They are calling for a limit to the numbers of overseas students, particularly in English language courses, and say that non-EU students should be limited per course. Germany currently sends the highest numbers of EU students to Dutch universities, and the greatest number of non-EU students come from China.