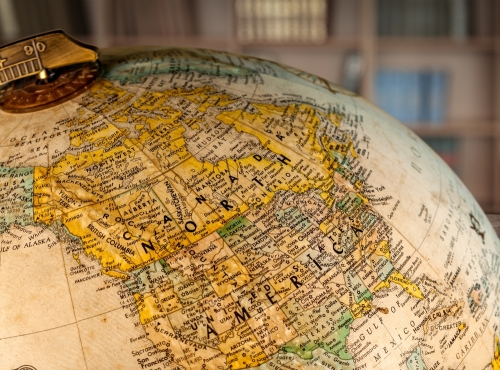 British expats in the European Union could be facing legal problems when trying to apply for citizenship in their new country, a study has found.

The Migration Policy Institute (MPI) is warning that access to citizenship is controlled by the EU’s member states and not by the European Union.

This means that dual citizenship is controlled tightly in countries such as Spain and the Netherlands, where dual citizenship is only granted if the applicant’s second country is in the EU.The study also highlights that Spain’s naturalisation process will mean that applicants will need to give up their right to return to the United Kingdom. Also, being born on Dutch, Italian or French soil does not confer automatic citizenship rights on children born there to non-citizens.

British expats in France will also find that the process for citizenship is complicated and applications need to be translated and the expat could wait a year before being interviewed.

The MPI’s report states: “Most people may face an administrative challenge to secure ‘approved status’ and some may find themselves available to changes in residence rules after Brexit.”

The study also highlights that because there is no legal consensus for UK citizens, being governed by EU directives means that their attempt to obtain citizenship may then ‘enter a legal limbo’ when the UK leaves the EU.

Meanwhile, five British expats have gone to court in the Netherlands in a bid to keep their EU citizenship when the UK leaves the European Union. They say they want the Dutch courts to ask the European Court of Justice (ECJ) to clarify what their rights are.

They believe that if the ECJ does make a ruling, then it would guarantee their rights including their right to freedom of movement after Brexit.
Potentially, the ECJ’s decision could affect 1.2 million British nationals who are living in the EU.

UK's immigration system is 'too complex'

The UK’s immigration rules should be overhauled to make them fairer and clearer, MPs say. The Commons’ Home Affairs Committee has reported that in the last 50 years, governments have passed 11 immigration acts with regular amendments.

The MPs noted that this “has led to people, including immigration tribunal judges, believing the system is too complex.”

The Parliamentary committee also urges that a three-year, rolling plan for annual migration to the UK should be created with measures to highlight the impact and pressures that migration brings.

They add that the new system should be points-based, similar to the Canadian style of immigration to help prioritise the country’s need for skilled workers.

The best passport to hold is…

The best passport to hold is a German one, which gives visa-free access to 177 countries, according to researchers.

The findings from Henley Partners, an international citizenship and residency specialist, put Singapore’s passport in second place with access to 176 countries.

The UK is ranked in third place, along with seven others, with visa-free access to 175 countries.

The firm’s chairman Christian Kalin said there is a growing trend for countries to introduce ‘immigration hostile policies’ including those that are popular traditionally with expats, including US.

He added: “Our findings reveal that while some countries tighten their borders, most are becoming more open as they look to tap the economic worth that migration, international commerce and tourism can bring.”

The research also highlights that growing numbers of countries are offering citizenship that can be accessed with investment programmes.

Of these, the world’s best rated investment migration scheme is run by Malta which also offers the world’s ninth most powerful passport with offers access without a visa to 169 countries.

Australia is replacing its 457 visa programme with the Temporary Skills Shortage (TSS) visa which is aimed at introducing tighter controls over the hiring of skilled expat workers.

The government has published clarification of its skilled visa regulations which will replace the 457 visa in March.

There’s also an updated list of occupations for permanent and skilled visas that has come into effect but this will not apply to anyone with a pending visa application.

Some of the occupations removed from the latest list include management consult and horse breeder while psychotherapist and property manager have been added.

London is Europe's most expensive to rent a home

Mobility experts ECA International says London is Europe’s most expensive city for renting a mid-market family home. They say it can cost expats £5,390 per month, compared with £1,427 per month in other big UK cities.

China has unveiled plans to attract high-flyers with a 10-year visa across a range of disciplines from business to sport. The visa will cover the recipient and their dependents.

However, the list of those who will be counted as ‘high-end talent’ includes foreign sports players, coaches and Nobel Prize winners.

A move by President Donald Trump to crack down on immigration has led to a fall in the number of British ‘genius’ visas being granted, official figures reveal.

The visa, the H-1B for applicants with ‘highly specialised knowledge’ is also known as the ‘genius visa’ and the number of them being issued last year fell by a third.

President Trump signed an elective order last April for a comprehensive review of the H-1B programme to be undertaken. At the time he said: “I will forever end the use of H-1B as a cheap labour program.”

The United Arab Emirates has unveiled major changes to its visa system with most of the new requirements having an effect on expat workers. The big change for expats heading to the country is for them to have a ‘good conduct and behaviour certificate’, which essentially proves they do not have a criminal record.

British expats, for example, can apply for a certificate of previous convictions that may be on their file with the ACRO Criminal Records Office. In order to comply with the new request.

As part of its clampdown on illegal workers, Saudi authorities have announced that they have arrested more than 432,562 expats over the past 12 months. Of those, 98,286 have been deported.

The kingdom has also revealed that 94,000 expats left during the third quarter of last year and there are now 10.6 million expats working in the country.

Details for expats to be laid off in Kuwait revealed

The Kuwaitisation programme – which will see expats in the country being replaced with Kuwaitis – will begin with the country’s Ministry of Finance, officials have revealed.

The government has now asked for a list of expats to be laid off from April this year to March 2019 though it has been revealed that in January the Information Minister laid off his expat consultants saying there was enough local talent to fill the posts.

Within the next five years Kuwait says it will no longer be relying on foreign talent and instead has set ambitious targets for various disciplines to be dominated by Kuwaiti employees, including engineering where 97% of staff must be Kuwaitis, education (70%); IT (100%) and science 95%.

The government says its programme will create jobs for 17,000 Kuwaitis.

Meanwhile, it has been revealed that nearly 12,000 Kuwaitis have already joined the public sector jobs waiting list and the government has met with representatives from the lucrative oil industry about the fate of their expat workforce – but no announcement was made following the meeting.

Expats in Oman have been warned to respect the country’s rules after the Ministry of Manpower revealed that since 2016, 21,000 expats had violated the country’s residence or labour laws.

Now the rise in the numbers of economic migrants being arrested has prompted embassy officials to renew calls that all expats should only head to Oman through legal channels.

Most of the expat population in the sultanate consists of Bangladeshis who often pay middlemen and agents in their home country for a visa that they believe enables them to work anywhere in Oman – though no such visa exists under the country’s law.

The sultanate has also published an official guide for expats to understand their rights and obligations. It’s available in English and Arabic and highlights the legislation and laws that regulate expat working conditions and also gives an overview about religious tolerance.

The owners of small and medium size enterprises in Kuwait have asked for their firms to be exempted from the Public Authority for Manpower’s move to deny work visas for expats who are qualified but under the age of 30. They highlight that one issue will be the recruitment of new graduates to their workforce.

The number of babies being abandoned by expats in Oman is on the increase. The government says orphanages are struggling to cope with the growing number with the Ministry of Social Development saying there are more than 3,500 children in Oman’s orphanages currently.

Thailand has unveiled a new visa to attract highly skilled expats. The ‘smart visa’ runs for four years and is aimed at attracting skilled professionals and investment-minded entrepreneurs. Applications for the visa open in February.

Expats in Switzerland thinking of taking naturalisation will find that the rules have become more difficult. While Switzerland has never been an easy country to become naturalised, the new rules are limiting the process to those expats who possess C-Residence permits.

New road laws in France have led to calls for expats to learn them in a bid to reduce penalties and accidents. The changes from 1 July include reducing speed limits from 90 kmh, (56 mph) to 80 kmh (50 mph) on two lane roads after a sharp rise in casualties. On-the-spot fines can add up to €750 or £650.

The total number of expat workers in GCC countries has risen to 13.8 6 million people and they now account for nearly 70% of the entire workforce in the region. However, various GCC member states are struggling with unemployment with Saudi Arabia topping the list with a 12.1% unemployment rate. In the UAE it’s nearly 7% and in Kuwait it is 4.7%.