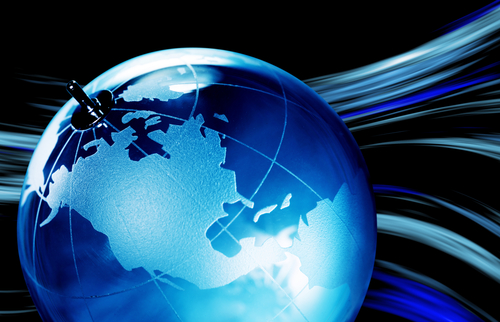 Best countries for expats to work in

The best five countries for expats to work in are all outside of North America, with Germany taking the top spot.

That’s the finding from a new survey published by HSBC Expat, in which Bahrain claimed second place. Bahrain overtook the UK, Switzerland and the US in offering better career opportunities and progression as well as fulfilment for expats.The UK has been named as the best country in the world for learning new skills.

More than 22,000 expats responded to the survey from 163 countries to determine which are the best destinations for international workers. The head of HSBC Expat, John Goddard, said the survey will help provide inspiration for those workers looking to boost their career chances with an overseas posting.

"The New Year can be a catalyst for considering where you want to be and where you are, particularly for a career. There's no such thing as one-size-fits-all and for those looking for career inspiration, it may be worth going beyond your home country's borders to find the place where you can thrive.”

Even though the UK is looking to impose tighter restrictions on expats entering the country, it has moved up the list and is in third place. The top 10 best countries for expats are: Germany, Bahrain, the UK, the UAE, Switzerland, Sweden, Singapore, USA, Canada and Hong Kong.

British expats can remain in the Netherlands under no-deal Brexit

The Dutch government has said that British expats living and working in the country can continue living there should there be a no-deal Brexit. Around 45,000 Brits have been told to expect a letter from the country’s Immigration and Naturalisation Service which will act as a temporary residence permit. Then, over the 15 month transition period, the British expats can apply for permanent residency, which costs €57 (£51).

The expats have also been told that they will still be eligible to receive health and child allowances. The Netherlands is the latest EU country to confirm that its British citizens can remain – the others are Germany and Italy, with Spain and France saying they will uphold the British expats’ rights, so long as this is reciprocated by the UK.

A new law has been unveiled by the Indian government that will compel expats wanting to work or study overseas to register first. The previous move to introduce the law led to strong protests from Indian expats which led the plan to be binned.

Now the idea has been resurrected and the Indian government saying that registration would help make the migration of expats ‘orderly, safe and regular’. It would also mean that the government could help students and expats working overseas in times of emergency and distress.

When the government tried to introduce the measure last year, it said it would prevent Indians from flying to 18 registered countries if they had not previously registered at least 24 hours beforehand. A similar rule looks likely to be introduced with the new law.

Media outlets in Kuwait have been reporting a potential showdown between the Minister of Oil and lawmakers. Those in Parliament say that he should be replacing expats working in the country’s oil sector more quickly with Kuwaitis.

The MPs have demanded that Kuwaitis be used instead of expats in technical jobs in most sectors, but the oil industry says this measure cannot be implemented completely because jobs in the oil industry are advertised ‘according to need’.

The oil industry says that they cannot let expats go if there are no experienced Kuwaitis ready to replace them.

Meanwhile, Kuwait has unveiled plans to fire 3,700 expat workers who are over the age of 55. The Ministry of Health says their contracts will not be renewed when they come up for renewal – but there may be some exemptions because of the work they do. Expats in specialist roles or those which are hard to replace may be offered a visa renewal.

Kuwait is planning to reduce expat numbers by 1.5 million over the coming seven years but this will, according to research, impact the country’s economic growth.

The verdict from Credit Agricole is that Kuwait’s move means it is nearly impossible for them to replace so many expats over their predicted timescale with Kuwaitis, which will impact economic growth as a result.

The first year of Kuwait’s programme to replace expats in the public sector has seen 2,799 expats losing their jobs in various government authorities and ministries, media sources say. And now it has been announced that expats in Kuwait City will be able to renew their residence visa online. A new cyber system will see domestic workers there benefiting first with employers being offered access to the system.

The most powerful passport to hold in the world currently is Japanese, according to recent findings. The Henley index is published every year to reveal the world’s most desirable passports and in 2019 the list highlights which passport will offer the most access to other countries – usually without a visa.

Japanese passport holders can access 190 countries and it is deemed to be the world’s most travel-friendly passport. South Korea has been pushed up the rankings to join Singapore, in joint second place with access to 189 jurisdictions.

The Chinese passport is also growing in popularity and in two years has jumped nearly 20 places to reach 69th place this year. While the UK and US held joint first position in 2015, both are sliding down the rankings.

"The spread of open door policies has the potential of contributing to the world economy and create employment opportunities around the globe."

He added that passports from the United Arab Emirates and South Korea highlight what happens when countries take a proactive approach to foreign affairs to benefit their citizens. The top 10 best passports to hold in 2019 are Japanese, Singaporean, Korean, French, German, Danish, Finnish, Swedish, Italian, Luxembourgish and Spanish.

The worst passports for expats to hold include those from Afghanistan, Somalia, Syria, Pakistan and Yemen.

The best expat retirement destinations for 2019 have been revealed by International Living magazine. They say that the top destination for globetrotting expat retirees, particularly those from the US looking for a cheaper place to spend their twilight years, is Panama.

The magazine puts together its annual retirement index and looks at various criteria including the cost of living and retiree benefits.

A senior editor, Don Prescher, said: “Favourite destinations include Mexico and Panama as these places are easy to get to and they have an established expat community.”

In second place for expat retirees is Costa Rica, followed by Mexico and then Ecuador and Malaysia. Meanwhile, Live and Invest Overseas looked at cities and regions rather than countries for expats to invest or retire to. They have placed Portugal’s Algarve region in the top spot followed by Annecy, France and in third place is Bled in Slovenia. Canggu in Bali is fourth and Cascais in Portugal is fifth.

Saudi Arabia has unveiled plans to extend expat work visas for two years with no additional fee being charged. The move follows 2017’s decision to cut work visas for expats working in the private sector to one year.

The kingdom says the move will address the practical operational aspects that face private employers and will help boost the private sector.

It has been revealed that Saudi authorities arrested 2,376,000 expats last year for visa violations. Of these, some 7% were residency breaches with the others breaching labour laws and border restrictions. So far 609,000 expats have been deported.

The crackdown began in November 2017 and now the kingdom is looking to implement job restrictions in five more retail roles to help bring about Saudisation so more citizens are employed in place of expats.

Oman’s health ministry has announced plans to replace expats working in 19 jobs sectors and to hire Omanis instead. Among the posts to be replaced are mental health technicians.

Oman already has an expat job freeze running across 87 sectors that firms cannot recruit into, including sales and marketing, insurance and human resources.

Meanwhile, the number of Indian expats who are applying for work visas in Oman has fallen by 66%. That’s the result of the country’s growing ban on employing expats in many industries. According to government figures, the number of Indians seeking to work in Oman last year fell to 36,000 from 105,500 in 2010.

British citizens will need to pay seven euros to enjoy visa free travel in the European Union after Brexit. The administration fee will give them 90-day access to the Schengen zone in any 180 day period. The system will use an electronic system that is that similar to the USA’s Esta programme and will allow travel for three years.

The UAE has begun introducing ten-year residency visas for expats, entrepreneurs and investors and also allowing investors to have 100% ownership of a business. Expats over the age of 55 can also remain in the country after retiring but they need to secure a five-year retirement visa for the right to do so. The first batch of 20 10-year visas has already been handed over – to scientists as the country moves towards becoming an ‘incubator of innovation and talent’.

A bid by one expat teacher in Kuwait who is married to a Kuwaiti to be eligible for the country’s housing allowance has been rejected by Kuwait’s constitutional court. The teacher had wanted the rules to be amended to cover those members of teaching staff who are married to a Kuwaiti but the court says the rules are clear and cannot be extended to expats.

Growing demand for international schools in Singapore that are catering to expats and their children has seen at least four open in the last two years. The aim of those behind the schools is to meet the cost-conscious demands from expat families living there as school fees for expats can be very high.

Kuwait has announced plans to build six bachelor cities meeting the demands for expats in the country where single men will be able to live. The aim is to cater for those expats moving to the country without families but have security, health and recreational services on hand.

Canadian expats have received some good news from the country’s Supreme Court which has ruled that a law that restricts voting rights for long-term expats isn’t constitutional. In their ruling, Canada’s top court says the restriction ‘cannot be justified’ and the argument put forward by the government for doing so was ‘vague’. Canada’s Liberal government last month scrapped the voting ban but the ruling is the conclusion of a long-running court case.

The UK’s Department for Transport has revealed that should there be a ‘no deal’ Brexit then British expats living in the EU may have to retake their driving test. Currently, all British drivers can drive in the EU with their UK licence.