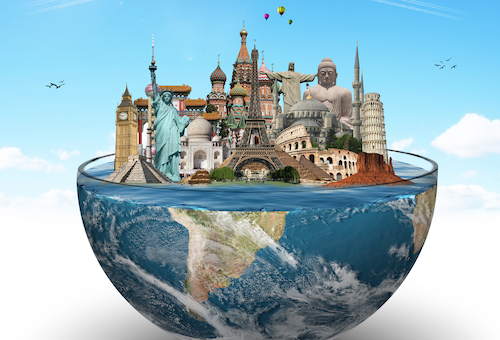 The UAE’s pledge to become a tech hub for expat employees is being marred by its strict inhibitions concerning internet usage.As well as banning many social media sites, the government does not allow residents to use video or voice calling applications such as Skype and WhatsApp, making the country a less attractive prospect for expats who want to keep in touch with people back home.

A new application, Swanned, has launched in Australia. Aiming to help expats – particularly those from the UK and Ireland – to find fellow expats to date in their new country, the profiles include questions such as ‘How long do you plan to stay in Australia?’ in a bid to help expats avoid unnecessary heartbreak.

Some more humourous questions are also included, with British and Irish cultural quirks being underlined with options such as ‘Cup of tea or vodka martini?’ helping people to find their perfect match.

PSA, a French car manufacturer based in China, is evacuating expat employees from its Wuhan site amid growing fears about the impact of the coronavirus.

The expats will be temporarily relocated to a city around 300 kilometres away until the virus is under control.

Expats evacuated from Iran and Iraq

A large number of expats, particularly those who have relocated from Asia, are being evacuated from Iran and Iraq under fears that the US government may take further military action against the countries.

President Rodrigo Duterte of the Philippines aims to evacuate thousands of Filipino expats in the event of US military action, and the South Korean government is also setting up protections for its expats there.

40,000 expatriates were deported from Kuwait in 2019, according to reports. The main reason for deportation was violation of residency laws, as part of the government’s crackdown on those working illegally in the country.

Expats who had bought houses in Spain believing them to be legal, only to discover later that they had been duped into purchasing properties that were worth nothing at all, were told three months ago that a new law would mean that their houses would be given legal status.

However, the new coalition government which has recently come into play has gone back on this legislation, making the properties illegal once more and angering many expat buyers.

Prague has set up a centre for expats aiming to help new people to adjust to life in the city. Providing information about education, networking opportunities and general help with settling in, the centre aims to help expats to meet one another and also integrate better with the local community.

Andrew Stocks, a British expat living in Thailand, is at the forefront of a new group of retirement residences for people who have moved to the country from abroad.

Sunshine Residences will offer a mixture of hotel-style rooms, condos and villas, with the option of buying or renting the properties. Executive lounges for socialising, pool areas, and fitness centres will also form part of the new communities.

The first such residence is currently in planning for Pattaya.

Expat doctors from Pakistan have launched a worldwide project that enables them to share knowledge with one another and to train up and coming physicians back in Pakistan.

“We want to create a database network where doctors from the same specialty can come together and exchange medical knowledge and discuss ideas about patient care. This will be an electronic database where physicians will be provided with a platform to network, arrange conferences and hands-on seminars, learn new techniques and technology” explained Dr. Mamoona Shaikh-Ahmad, talking to Dawn.com.

Pension and healthcare rights secure for British expats in EU

The UK government has confirmed that healthcare and pension rights for British expats living in the European Union will remain the same after Brexit, as long as they move abroad before the end of 2020.

Their state pensions will continue to rise, the same as they currently do, and their healthcare options will remain the same.

The Swiss government has recently implemented new rules regarding the personal data of Swiss citizens who have moved abroad. Medical, administrative and criminal data all fall under the remit of the new regulations, which the government aims to put into place in the near future.

Fraudulent IFAs are causing nightmares for many expats living in Spain, who are attempting to get around the need to pay UK income tax using QROPS measures.

However, when IFAs transfer QROPS funds into so-called “toxic” investments, pensions can easily be grossly endangered, with some expats reporting losses of their entire life savings.