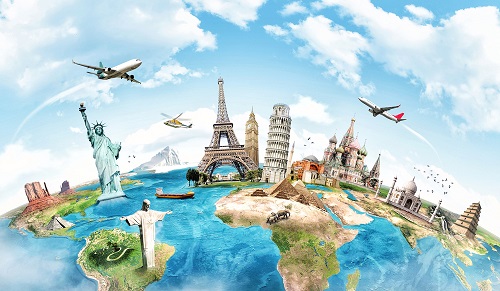 We have reported before on the UAE’s issues with the amount of expat influence in the Emirates, and momentum against foreign control seems to be growing in the region. Mohammed Rashid Al Shaali, from the Federal National Council, stated this week that the level of expat investment is affecting the recent Emiratisation drive. He said that the UAE is the only country in the world where overseas participants have the market share in the private sector. He also noted that Emirati graduates are having difficulties in finding jobs, and that private sector administration is dominated by foreigners (around 82%).

He is calling for a quota for Emirati national employees.

Australian expats stranded in their host nations by the pandemic have reportedly been snapping up properties back home in Australia, even though they have been unable to see them in person. This suggests that large numbers will be returning when they are allowed to – Australia has still closed its borders on a numbers basis. Estate agents have seen video chats and virtual tours becoming a normal part of business, as expats target luxury homes in the plusher areas of Sydney and Melbourne. Sales have ranged from AUD1 million to AUD20 million. Some have enlisted family members to buy property on their behalf, with the aim of obtaining a toe hold back home and then renting it out until they are viably able to exit their host nation.

Seats on flights into Australia have been capped for some time, and it is estimated that there are currently around 36,000 expats stuck abroad. Most of the interest in Australian property has come from Australian expats in the UK and in the USA. Some in the latter country have expressed concerns over the political climate and the handling of Covid-19 as their reasons for wanting to return home.

We have cautioned before that, if you need to travel, you should check up on the changing situation relating to the pandemic before you book flights. In mid-January, the British government signed off on a ban of all incoming flights to South America, as a result of the new super-strain of Covid-19 in Brazil. Any non-UK national who has been in South America for the last 10 days will be denied entry into the UK. Brazil suspended flights from the UK last month, due to the new Covid-19 strain developing there, and now UK airlines have in turn taken the step to ban flights from Brazil.

Help for British citizens in Spain

Thousands of British expats in Spain have still not applied for residency. As some of our previous articles regarding bank account closures and travel difficulties show, it really is a good idea to apply for residency if you can. However, some British citizens may fall foul of the new income regulations. You can still seek help from organisations such as the International Organisation for Migration and Age in Spain or the UKNSF (who specifically offer help to the elderly and those with disabilities). They reiterate that they will offer full assistance, so if you are concerned about your residency status, do get in touch with them.

The good news is that if you actually were resident before the end of December and can prove it, officials have been instructed to treat your residency application in the same way. It remains to be seen whether this will happen in practice, but check with your local Oficina de Extranjeros, as well as the organisations above.

Expats and the Covid-19 vaccine

British expats have been asked not to travel back to the UK for their Covid-19 vaccine, with authorities citing strain on the health service. The UK has now vaccinated more than three million people, and this number is rising steeply every day. The roll-out is stepping up a pace, with new vaccination centres opening up across the country. Expats have been asking whether it’s possible to return to the UK to have their jabs. But with Covid-19 travel restrictions in the wake of Brexit making movement much more difficult than it once was, as well as concerns about the impact on the NHS, the Department of Health has explicitly said that:

The good news is that most EU nations have already embarked on a vaccination programme of their own. Consult the health authorities in your host nation to keep track of what’s happening.

Although the deal struck on Christmas Eve has been described as ‘slim’ in some respects, it has safeguarded pensions for retirees planning to move from 2021 onwards. Your state pension will now be triple-locked, and it will rise in line with the pensions of other UK citizens. Moreover, if you work in the European Economic Area (EEA) or Switzerland, your future social security contributions will count towards the ‘qualifying conditions’ for the UK state pension.

The pensions director at Aegon, Steven Cameron, has been quoted as saying:

“While Brexit removes the automatic right to work or live in the EU, the last-minute Brexit deal has delivered some very welcome news for anyone who does retire in another EU country.”