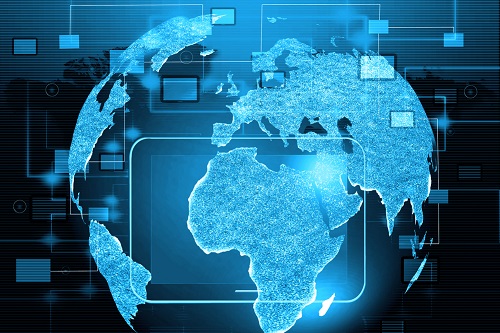 Pro-democracy website Stand News has been shut down over the holiday season by Hong Kong police, invoking an old law used under British colonial rule which has not been deployed for decades. Activists have said that this episode could make criticism of the government illegal in Hong Kong. Detainees who worked for the website include foreign nationals who had already stepped down from involvement in the publication, leading to concern that a foreign passport will not be enough to save dissenters from arrest, especially if the law is being applied retrospectively. Over 50 other critical publications have been shut down in 2021. The speed of the crackdown has deeply concerned observers. It may be another nail in the coffin for the popularity of HKSAR among expats, and is an indication of the increasing levels of control demanded by the Chinese government over the territory.

A shorter working week in the UAE

Expats in the Emirates can look forward to a shorter working week from January onwards. In order to enhance the appeal of the UAE – already a popular choice among expats – the working week has been shortened to four and a half days (ending at noon on Fridays, so that Islamic residents can attend prayers). It’s the first country in the world to introduce a national working week under five days. In addition, the weekend is also shifting, from Friday/Saturday to Saturday/Sunday, to bring the UAE into line with global markets.

Authorities say that this is intended to: “boost work-life balance and enhance social wellbeing, while increasing performance to advance the UAE’s economic competitiveness.”

By this, they mean that the UAE, despite its popularity, needs to be looking over its shoulder at Saudi Arabia, which has been seeking to attract businesses which typically make a home in the Emirates. With revised visa regulations, the post-Covid Emirates seem to be on track to draw an even greater number of expats into the country.

Kuwait has attained a low score in the annual Quality of Life index, coming 59th on the Expat Insider survey and maintaining its position as the worst place an expat can live. The country scored particularly low on ‘personal happiness’ and ‘ease of settling’. However, residents speaking to the local press disagreed with some of the criteria used in the ranking, saying that expats come to the country to make money not friends, and that the strength of the Kuwaiti dinar remains a big draw. As a tax haven with 0% income tax and 0% VAT, the country’s appeal is obvious, even if it suffers in terms of quality of living. Other residents praised the country’s family-friendly nature and relative safety compared with other Middle Eastern states.

Brexit no longer dominates the UK headlines, but the departure of the UK from the EU continues to have an ongoing impact on British expats resident in the bloc, including those living in Spain. Some expats told the Daily Express in early January that they have been hit hard by the insistence that they now must have £23K in their bank accounts in order to qualify for a visa. Visa applicants need 400% of Spain’s IPREM indicator, but this rose in January, increasing the money you need in your bank account by around £500.

Moreover, if British expats are travelling to Spain and other EU countries, they will now find themselves faced with a visa fee of €7. The UK will be added to the European Travel and Information and Authorization Scheme (ETIAS) from late 2022, along with non-EU Schengen nations, and travellers will need to pre-register their details before they are allowed in.

British expats will now be able to use their UK driving licence in Spain until the end of February 2022. Talks are ongoing to try to resolve this issue, but the new ruling does not apply to those who registered their intent to exchange their licence. The British Embassy says that it is hopeful that an agreement will be reached, but adds that they ‘are not there yet.’ They suggest that anyone who is uncertain whether their driving licence will be legal should look into the possibility of retaking their driving test in Spain.

South Australia is launching a new programme in space, cyber and hi-tech to attract young job seekers into the region. The Marshall Liberal Government has said that they are investing AUS$12.3 million over three years from the Jobs and Economic Growth Fund. Steven Marshall, the region’s Premier, says:

“When we came to government, many South Australians weren’t choosing to stay in SA. They were finding their careers in Sydney, Melbourne, Hong Kong and London – people in their thousands were leaving the state.”

The aim of the new programme is to reverse that trend, and the authorities in Adelaide – recently dubbed Australia’s ‘most liveable’ city and the third ‘most liveable’ in the world – say that they are also focusing on increased settlement support for overseas migrants arriving into South Australia, in an attempt to attract global talent as well as interstate migration. They also aim to develop an integrated graduate programme to connect young South Australians with both local and global companies. The programme seems to be succeeding, with net migration into South Australia running at its highest for 40 years.