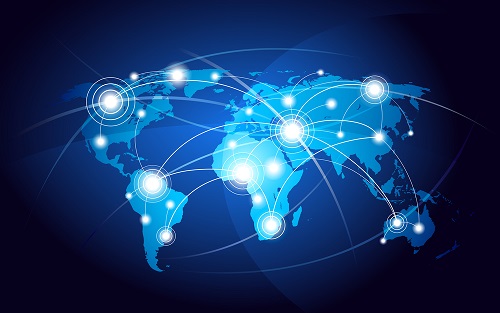 Although the coronavirus continues to feature heavily in the news, we are starting to see other stories being reported. For example, Hong Kong has been dominating the headlines, as a result of the increasing crackdown by China and the escalation of political tensions between China and the US. A spokesman for TS Lombard has said:

“We have known for more than a month that this was coming. This was accelerated by protests last year and was the key trigger for Beijing to bring in more control over Hong Kong. In terms of the economic impact, trade might get affected as a fair degree of shipments passing through Hong Kong’s ports are technological shipments. It is unlikely that it will disrupt the trade deal for now. On the question of financial hub, it is tricky. On the positive side, it will attract all those Chinese companies delisting from the US and looking to list nearer home.”

Property experts report that the office market has significantly slumped in the city, with investors nervous about putting money into real estate after the triple-whammy of political protests, COVID-19 and, now, international political tensions. Investors do not want to put capital into a building when they have no guarantee of finding a tenant. Mainland investors in particular have taken a big step back, and agents in Central say that they are focusing on leasing rather than anything more permanent, with the hope that the overall situation will settle down.

European countries, among others, started opening up last month, and hospitality is now increasingly welcoming customers, as bars, hotels and restaurants get to grips with social distancing measures. If you are intending to travel to a European country on holiday, such as Spain, ask your hotel what facilities are available, as some establishments may not be running full services (such as in-house gyms, pools and room service). You are likely to find that breakfast arrangements have changed as well, with some hotels organising breakfast in relays.

Remember, too, that airports may not be running a full range of facilities either. Many of Stansted Airport’s food outlets are still closed, for example. Also, check whether you need to fill out any health-related COVID declaration forms before arrival, as this may hold you up at the airport when you get to your destination. Some countries are also insisting on temperature checks (however, this is sometimes more theoretical than actual, such as in the case of Spain).

Spain has placed some regions under a second lockdown, as a result of COVID-19 outbreaks, but it was prevented from placing Catalonia under lockdown in mid-July by a judge’s ruling. Apparently, the proposed lockdown went too far and did not go through proper official channels. If you have a second home in Spain or are travelling, it is worth keeping an eye on the news, in case there are any new developments.

Singapore and Malaysia are re-opening their mutual borders for business travel from 10th August and are making arrangements for daily commutes. If this may affect you, keep an eye on the news for any changing regulations. Singapore’s economy is now officially in recession, according to the Ministry of Trade and Industry; this quarter has seen GDP plummet, by a record 41.2%.

The Times of India has described Singapore as a ‘bellwether’ for the global economy, and the figures are worse than anticipated, with the service and construction sectors taking a hammering, in addition to international trade.

In this month’s financial update, we reported on expats leaving the Gulf in droves, as a result of COVID-related redundancies. However, this is not a universal trend. Abu Dhabi has outlined plans to attract technology companies to the country and is seeking to reduce the cost of living and working in this part of the Emirates. They are investing in startups and new forms of technology, and they have explicitly stated that they do not intend to follow Saudi Arabia by raising VAT.

Mohammed Ali Al Shorafa, chairman of the Department of Economic Development, has been quoted as saying:

“Being competitive is not only reducing fees. But having the right livability aspects for people coming, living, educating and actually retiring in Abu Dhabi.”

Consultancy firm Mercer estimates that Abu Dhabi is the 39th most expensive region for expats globally, and the new measures, which look at accommodation, education and entertainment, seek to redress this.

Agricultural science is being prioritised, with Abu Dhabi seeking to build vertical farms and forging contracts with firms such as AeroFarms, Madar Farms and RNZ. Around US$100 million is being invested in agri-science by the government, so if you work in this sector, it is worth keeping an eye on developments. In addition, the government has been investing heavily in other industries, such as wireless technology. Abu Dhabi is looking toward the post-COVID future and trying to ensure that its economy will eventually ride out the storm.

Legal challenges to the way EU governments have enforced the Foreign Account Tax Compliance Act (FATCA) introduced in 2010, the US tax evasion law, since the EU’s General Data Protection Regulation (GDPR) came into force in 2018, have also made the news, when a recent appeal, being launched by a US citizen and handled by law firm Mishcon de Reya, was not upheld by the UK’s Information Commissioner’s Office (ICO). The complainant is seeking a judicial review.

Thus far, none of the cases against FATCA on the basis of GDPR have been successful, although some are still in progress. Paris-based Accidental Americans Association, for example, are trying to address the way in which the French banking system has been engaging with FATCA. Banking remains a thorny issue for American citizens with dual nationalities, many of whom have minimal ties with the USA and do not see why they should comply with its tax regulations.