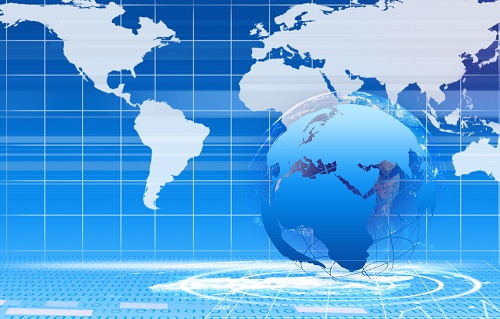 A recent survey by global network InterNations has revealed the top destinations for expats in 2020-21. Asian and South American countries come top of the list, with Taiwan leading the way (for the third year in a row), followed by Mexico, Costa Rica, Malaysia and Portugal. New Zealand, Australia, Ecuador, Canada and Vietnam also feature in the top ten.

Nations such as South Africa and Italy are at the bottom of the list. The survey, which had around 12,000 respondents, focuses on aspects of expat life such as the cost of living, quality of life and personal finances. Although it takes Covid-19 into consideration, the pandemic does not seem to have influenced responses.

In the Gulf, Bahrain comes in 12th, followed by the UAE in 18th place. Saudi Arabia ranks at number 42. Finland, Singapore and the UAE are deemed to be the safest places for expats to live.

A different survey, conducted by website Wifitribe, suggests that New Zealand is the top choice for American expats, followed by Germany, Mexico, Australia, the Czech Republic, and Canada. A combination of economic factors contributed to these results, such as the cost of living and ease of communication – note that several countries on the list are English-speaking. Political stability was also an important draw.

We’ve reported before on the increasing trend for localisation, with nations such as Kuwait cracking down on the number of foreigners employed in the country, resulting in a stream of departing expats. But it looks like nation states and their overseas visitors are on the same page in some places, with over 40% of expats resident in Hong Kong telling the American Chamber of Commerce last month that they are thinking of leaving the city-state. This is as a result of Covid-19 lockdown policies, which many expats have described as ‘draconian,’ and the ongoing political unrest. Singapore is a likely destination, but expats are also looking at Taipei, Thailand and Tokyo. The President of AmCham says that although businesses are expected to see strong opportunities in future:

“… it’s easy to worry about a brain drain of top talent and skills in a gateway city that is fuelled by trade, international capital flows and global connectivity.”

Members have said that the increasing trend of illiberal values, as the city-state becomes more fully aligned with mainland China, is one reason for their concerns, and violent protests have also caused unease. Tolerance for Caucasian and non-ethnic Chinese residents is also said to be waning.

Although the reasons may differ, this phenomenon does not affect Hong Kong alone. One third of the 3.2 million expatriate residents in Kuwait say that they are hoping to pull out sooner than they had originally intended.

Kuwait featured last in the most recent InterNations report, in terms of quality of life, leisure, travel and personal satisfaction. The report says that it is currently considered “the worst destination for expatriates in terms of ease of adaptation and stability.”

A survey from Greenback Expat Tax Services revealed in May that one in four American expats are considering the renunciation of their citizenship – the main reason for their decision being the difficulty in filing taxes for US expats. Since there are currently in the region of 9 million Americans living abroad, this is a sizeable number of people. Greenback polled over 3,000 expats living in 125 countries to undertake their findings, and despite double tax treaties being in place in some nations, expats say that the tax burden is still not viable for them. 69% of those surveyed believed that they should not have to pay US taxes when they are working abroad. 85% do not feel supported by the US government, and Greenback points out that the economic bracket of the majority of Americans abroad is best described as middleclass – they’re not millionaires.

Of those surveyed, other reasons for renouncing citizenship related to marriage to a non-US citizen (11%), concern about the direction currently taken by the US government (10%), and problems with banking as a US citizen (7%).

Meanwhile, your position as a tax paying resident in Australia will be a little different from July 2021 onwards, with the introduction of the new ‘bright line’ test. Federal treasurer, Josh Frydenberg, announced in the country’s Federal Budget for 2021-22 that a primary test would be brought in under Royal Assent. Under this new legislation, if you are physically present in Australia for 183 days or more in any income year (with a tax year ending on 30th June) you will be classed as an Australian tax resident.

However, even if you’re not physically resident, you may still be classed as a tax resident under a series of secondary tests, including those described in the budget papers as “measurable, objective criteria”, a statement which some experts describe as ‘cryptic.’ They say that these secondary tests are likely to relate to the right to reside permanently in Australia, accommodation, whether you have Australian relations, and Australian economic interests.

If you are employed for over two years abroad, under the new rules, you might find that you lose your status as an Australian tax resident. Your status will, moreover, depend on whether you are working in a country that has a double tax status with Australia.

If any of the above applies to you, we recommend that you consult your accountant or personal tax adviser.

Retiring to the EU now the ‘preserve of the rich’

Blevins Franks have said, in June, that retiring to the EU post-Brexit is the ‘preserve of the rich’. New income limits apply in some nations, such as Spain, and the complexity of the application process is also likely to generate lost fees – get part of your application wrong and you will have to resubmit and pay again, the international advisory firm warns. Director Jason Porter says that if you don’t fill out one of the golden visa forms correctly, you could be looking at €40K in lost fees, so this is not simply a question of filling out a cheque for an extra £10.