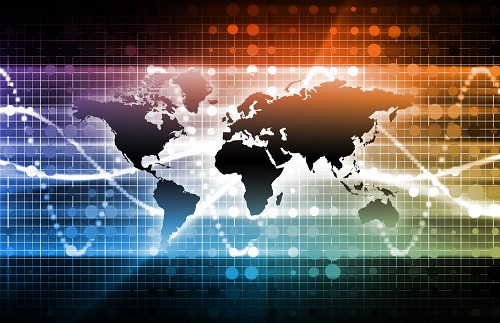 Expat exodus continues from the UAE

A recent survey suggested that 80% of expats leaving the UAE are buying a one-way ticket. The survey covered over 5,000 people (42% of whom were Indian). Cleartrip report that:

“People are not certain that they will come back in time. People are going to emergencies but they are not sure how many days they require in their home countries. Also, they think that they could get Covid-19 positive, hence, they will have to extend the leave. All these reasons are prompting UAE and Saudi expats to buy one-way tickets.”

In addition, expats will not feel encouraged to stay in the UAE, as a result of recent crackdowns on free speech and bad publicity in the West over the alleged imprisonment of an Emirati princess. Human Rights Watch (HRW) has reported the case of Ahmed Etoum, a Jordanian teacher resident in the UAE, who was given a 10-year prison sentence in October for criticising the Hashemite Kingdom on Facebook in a series of non-violent posts. Charges in the case included committing “acts against a foreign state” that could “damage political relations” with that state and in addition “endanger national security” inside the UAE. Extending restrictions to criticism of other countries is a more recent phenomenon in the Emirates, which has a track record of restricting criticism of its own government.

The Palestine Chronicle, reporting on the case, suggests that South Africans, among other expats, might like to be careful about what they say about their home nations on social media and elsewhere while they are in the UAE.

The National People’s Congress (NPC) passed the “patriots governing Hong Kong” resolution in mid-March, in an effort to increase its control over the city state, which has seen considerable unrest in the past couple of years. This new move will establish a pro-Beijing panel for vetting and electing candidates and reduce democratic representation. It follows the earlier stipulation that the national security law may now be required teaching even in international schools. Anyone who is opposed to the Chinese Communist Party will no longer be eligible to sit in the city’s parliament.

UK Foreign Secretary Dominic Raab says this increasing crackdown will “hollow out the space for democratic debate” in Hong Kong. He also added, “This can only further undermine confidence and trust in China living up to its international responsibilities and legal obligations as a leading member of the international community.” China has, rather obviously, made it clear that international condemnation and interference will not be welcome, although it wants to remain on good terms with nations such as the US.

How this will affect expats resident in the city state is not yet clear, although it would be wise to steer clear of overt criticism of the Chinese government, particularly on social media. What is clear is that individuals and institutions have been leaving Hong Kong over the last year – both the unrest and the pandemic have been bad for business.

However, Hong Kong’s loss might be London’s gain. Estate agents, such as Heaton and Partners, report a significant uptick in property enquiries from the city state, as residents start looking at the possibility of relocation. Hong Kong buyers moving under the new UK visa schemes are investigating properties in London’s ‘golden postcodes’, and in 2020, Hong Kong customers were the second busiest foreign property buyers of real estate in the UK. It is estimated that they purchased £305.6m of homes in London and 6,438 homes (£8.1bn worth) across the UK.

It’s not just the capital that is accruing the benefits; Manchester and Liverpool are also popular. Strong local economies, good educational infrastructure, and a number of investment and regeneration initiatives are proving attractive to overseas buyers. You may have seen recent reports about Chinese buyers investing in minor British public schools, too. Uncertainty about Brexit is not regarded as comparable to the political unrest besetting Hong Kong, and it is regarded as a stable country to relocate to.

Long-term expats finally get the vote

It’s been a long battle, but expats who have been living out of the UK for 15 years will finally have the right to vote. During the course of this struggle, some critics have said that those expats who have chosen to live outside the UK for so long shouldn’t be eligible, but many counter this by saying that they still pay tax and have financial interests in the country, so should also have the right to vote. The BBC reports that the change was made in the fine print of the March Budget; £2.5m has been put aside to fund the change. The required legislation will go before Parliament later on this year, and after that, you should be entitled to vote in the constituency in which you lived before your relocation.

Harry Shindler, a WWII veteran living in Italy for the last 40 years, has been at the forefront of the effort to change the legislation. He tweeted:

“It’s very good news that the UK’s 15 year voting rule is ending as part of #Budget2021. We fought to defend our right to vote in WW2 and now we will get to use it. This is an important day for freedom.”

There are estimated to be over 200,000 registered British voters abroad at present, and this new legislation will see this number rise.

We reported a few weeks ago that Cyprus was likely to allow vaccinated travellers onto the island, and tourist authorities have now clarified this. They will be permitting British citizens who have had the vaccination to cross its borders. However, bear in mind that this doesn’t mean you are necessarily allowed to leave the UK. The Ministry for Tourism says you will need to have had the second dose of a vaccine approved by the European Medicines Agency in order to enter Cyprus.