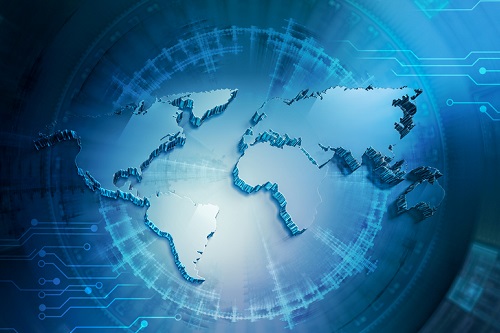 The shocking events in Ukraine have dominated the international news over the past few weeks, with some inevitable consequences for expats both in Ukraine and abroad. Ukraine is a large, developed country with substantial trading and business links with other nations. Expat Focus has spoken to a contact in an international IT company, based in Chicago and Kyiv. He has told us of postponed training sessions and says that the US-based HQ has issued Ukrainian employees with three months’ salary and told them not to worry about showing up for work. Other companies are doubtless following suit.

Companies that supply Russian firms are likely to be affected by sanctions, and London, among other places, is in the spotlight regarding oligarchic investment and the UK’s golden visas. The latter type of investment visa is becoming increasingly widespread across the globe, with versions offered by Germany, Spain and other European nations, Singapore, the UAE and USA, and a number of tax havens. Whether the Ukrainian situation will cause golden visas elsewhere to come under greater scrutiny remains to be seen, but certainly, the question of exactly where a lot of Russian investors’ money comes from is on the table in the UK at the moment.

Most embassies have withdrawn to Lviv in the west of the country, and their task now is primarily that of repatriation, as expats scramble to leave in the wake of Russian bombing. The British embassy is among them. If you’re a British national in Ukraine and need consular assistance, phone +380 44 490 3660 (open 24 hours, seven days a week). The in-person consular services that the British embassy office in Lviv can provide are extremely limited and may be further affected by Russian military action.

The British government is advising all British nationals to leave Ukraine immediately if it is safe to do so. All expats currently residing in Ukraine should follow the advice of the Ukrainian authorities, and check the measures in their specific location/area, as they vary by region. The British government asks that any British national in Ukraine register their presence with FCDO. You can do this via the government website.

The USA has a small consular presence remaining in Lviv, but cannot provide regular consular services. Again, the American government strongly advises US nationals to leave. Their full advice can be found on the government website. You can register your presence via the online form.

The Australian embassy in Lviv also has a small consular presence. Australian nationals currently residing in Ukraine should register via the online portal.

Ukrainian airspace is currently closed and land routes, as well as border crossings, are subject to long delays. Depending on your location, there may be danger in road travel from Russian airstrikes. If you are remaining in the country, make sure you keep a close eye on the local news, as martial law has now been declared.

If you are currently not in Ukraine and want to offer help, consider donating to organisations such as the Red Cross or UNICEF, or contact drop-off points for goods such as medical and baby care supplies in your home country. The UK has been organising a number of initiatives, often in conjunction with local Poles. People in the USA and UK have been renting Air B&Bs in Ukrainian cities, as a way of donating money and offering a safe house for refugees. You can also buy recipe and art downloads from Ukrainian sellers on Etsy, as a way of contributing/donating. If you are resident in Germany, there is a list of reputable Ukrainian organisations you can donate to on the DZI website.

We’ve reported before on both Hong Kong and Singapore losing expats as a result of tough Covid restrictions. The Daily Telegraph reported in mid-February that a number of expats are leaving, saying that although they had felt safer in Singapore, with its stringent Covid-19 controls, than in home nations such as the UK, the repercussions of those controls had led to ‘Covid fatigue’ setting in, including anxiety about being separated from their loved ones. A poll of the business community in late January, conducted by the British Chamber of Commerce (BCC), showed a contraction of 29% in business pass holders in the second half of 2021, plus a 10% drop in confidence among British businesses in the region. The BCC said that – anecdotally – Brits are leaving the city to return home in quite large numbers, although many have decided to remain.

“Our members commented on the impacts of long-term remote working, missed personal interactions, and the anxiety caused by distance from friends and family through travel restrictions.”

Risk of heavy fines for breaking Covid-19 restrictions and the sense of ‘being watched all the time’ were also a feature of discontent among expats, the Chamber told the Telegraph. One anonymous expat also related concerns about anti-foreigner sentiment in the state, which he described as ‘death by one thousand cuts.’

Meanwhile ‘viral chaos’ in Hong Kong continues to drive expats out of the city state. Despite the strict measures in place, Omicron has run rife throughout HKSAR, and the Chinese government has ordered a crackdown. The city’s death rate from Covid is four times that experienced by Singapore, and whereas residents said that during the primary stages of the pandemic the measures made them feel safe, this is no longer the case due to rocketing rates of the disease. Schools remain closed, and there have been shortages caused by panic buying. For many expats, cutting their losses and moving to nations that have decided to learn to live with Covid has proved preferable.