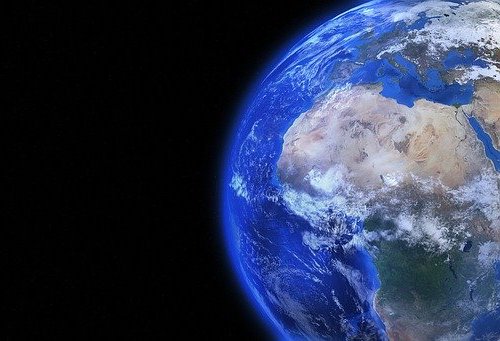 The news for expats around the globe is still dominated by one thing: Covid 19. The effects of the pandemic are multiple, but are having an impact on the lives of expats everywhere. We’ll take a look at some of these changes.

In Abu Dhabi, Walid Al Jasim, Kuwait’s Minister of State for Municipal Affairs, said in May that he intended moving forward with the policy of Kuwaitisation: replacing expats with Kuwaiti nationals. Al Jasim has told the Gulf Times that the policy includes suspending expats’ appointments, cutting down the numbers of expats in the country, and providing jobs for local nationals.

Al Jasim says that the intention is the replacement of expats by ending the contracts of some workers and not renewing others. For instance, in municipal departments in Kuwait, there is a plan to cancel the public registry sector and adopt e-correspondence between all departments and sectors. This will replace expats working in the sector and although it may not have been catalysed by Covid, the pandemic has probably hastened this digitalisation.

Kuwait is not the only state cracking down on some of the benefits traditionally enjoyed by expats. Saudi Arabia is due to triple its VAT rate, bringing it to 15% from the original 5% rise in 2018, and expats in the UAE are also anticipating the introduction of income and/or wealth taxes, which could have a considerable negative impact on expats’ salaries. The effect of Covid on oil prices is also going to affect jobs in the region, as that sector enters decline.

Elsewhere, parts of the Costa Blanca have now come out of lockdown: the cause of celebration among expats in the region. Bars in Benidorm and Torrevieja have been allowed to open, but other places such as Alicante and Elche have not yet been subject to the Phase 1 relaxation because of concerns about coronavirus levels. Expats welcome the easing of restrictions with the owners of some bars and cafes saying that trade has been brisk thus far, but that not enough has been done on a municipal level to help businesses.

Meanwhile the Czech Republic is relaxing its border controls as it, too, eases out of lockdown. This will make obtaining flights easier and Prague is now seeing flights out to Paris, Frankfurt and Amsterdam. But the road map for travel after the UK itself comes out of lockdown really isn’t clear, in part because easing lockdown obviously depends on whether there is a second Covid spike.

Currently the advice from the Foreign and Commonwealth Office is to avoid all non-essential travel, but as European countries gradually begin to open up, what’s the situation with quarantine? It isn’t very clear, with the UK government suggesting a 14 day period of quarantine/self isolation after you travel with a hefty £1000 fine if you break the restrictions. Initially it seemed that the UK and France would be exempting one another from this restriction but apparently this is not the case.

Some people will be exempt, however, including lorry drivers, security and enforcement officials, airline and Eurostar staff, and scientists who are researching coronavirus. How the restrictions would be implemented remains to be seen and the suggestion has invoked an angry reponse from the airline industry, including Ryanair boss Michael O’Leary who has deemed it ‘idiotic.’

BA has said that it will resume flights from July if government restrictions have been lifted, but this may not include Gatwick, and the national carrier is talking about a major round of redundancies. Ryanair is likely to be flying again from July, but the jury is out on Easyjet and Virgin. KLM resumed flights in early May with one daily flight, 7 days a week, to Barcelona, Madrid, Rome, Milan, Budapest, Prague, Warsaw and Helsinki.

Greece is tipped as a possibility if you do want a holiday. It has escaped the worst of Covid and there are suggestions that hotels could open from July 1st, but doubt has been cast at the time of writing as to whether the country will be open to British citizens. You need to be aware, however, that the pandemic has thrown a spanner into the works of travel insurance, with most companies refusing insurace whilst the FCO advice is still in place. There are some exceptions such as The Greek Villas company, which has a new policy in place with Lloyds of London for guests which includes coverage for coronavirus. Wizz Air will be resuming flights to Greece in June/July.

Heathrow is currently handling around 6,000 passengers per day at the moment, compared with its normal daily average of 250,000. Governments are considering the introduction of ‘air bridges’ (a military term): flights to countries such as New Zealand who have got their outbreaks under control.

The future of the cruise industry is under some question but travel experts seem to think that it will bounce back, with a younger generation perhaps being encouraged to take cruises. New safety measures will need to be undertaken but the industry is dealing with this and some companies are offering good no-fly deals as well: Saga will pick you up at home, according to some reports!

Meanwhile British expats trapped abroad have gradually been repatriated over the course of the last month, with FCO Minister Nigel Adams reporting to the Commons in late April that a £75 million partnership between the UK government and airlines has seen more than 19,000 people brought home from 20 different countries and territories on 93 charter flights.

In some cases this has meant the repatriation of a few hundred passengers from small countries, like the Gambia, or remote locations such as the outer islands of the Philippines. In other cases, this has meant the return of thousands of British travellers, such as the 10,000 people returned home from India, and 2,000 from Pakistan. The British government has also managed to repatriate a large number of British citizens stranded on cruise ships. More repatriation flights were planned to take place in May from Bangladesh, Nigeria and New Zealand, although conversely there are still New Zealanders stuck abroad in places such as southern India.