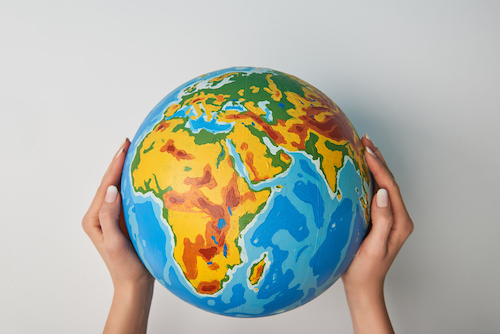 Increased numbers of expats living in Hong Kong are setting up a ‘Plan B’ for themselves and their families, as ongoing civil unrest makes the country difficult to live in.However, the news isn’t all bad: expat salaries are still high in the country, and the unrest has not yet reached the most popular expat areas.

Expats who need to take a driving test when they move to Germany will need to ensure that they are using the most up-to-date guides available, since the majority of the questions from the theory test have recently been revised, removed or updated.

The driving test in Germany is still in three parts: a first-aid test, a theory test, and a practical test. Depending on your country of origin, you might also need to take an eye test before you will be allowed to drive.

A new study from MetLife suggests that employees who are globally mobile are much happier than their counterparts who remain at home.

Of the more than 5,000 employees surveyed, 91% of American expats reported being happy in their roles, compared with 73% of employees who had remained in the US.

However, MetLife were quick to point out that the study’s results do come with some caveats. Expat packages need to be carefully put together, ideally with some input from the expats themselves, in order to present a tempting deal and keep employees happy when they are away from their local friends and loved ones.

"Customisation helps ensure globally-mobile employees will thrive in their work and personal lives, successfully adjust to new surroundings, and cease worrying about support for potential health and financial security issues."

Despite the looming spectre of Brexit, the Costa del Sol is proving more popular than ever with British expats, with more than 1,000 new expats moving from Britain to Málaga since the end of last year.

Expats moving to Morocco are increasingly choosing to make their homes in Rabat, rather than the previously more popular cities of Marrakech or Casablanca.

The more traditional atmosphere of the city, as well as the lower numbers of tourists, are two of the main things drawing expats to make it their home.

Female expats also report feeling safer in Rabat than in some of the other major cities.

The government of the Maldives had previously announced that they were offering re-registration services for migrant workers once a week. Every Saturday expats are able to visit the National Stadium to register themselves to be able to work. However, the service has currently been suspended until further notice while the government’s National Task Force on Issues Related to Migrant Workers works on a longer-term solution.

New research from AXA shows that almost 90% of expats feel isolated whilst living abroad, with contributing factors including missing family and friends; not knowing their new location; and not being able to speak the local language.

Just over a quarter of expats felt generally negative about living abroad, although 41% said they spent more time exploring their local neighbourhoods than they had back home.

“There are a lot of factors that contribute to your mental strength, like exercise and spending time socialising. Sometimes, it can take time to adjust and build a new support network though, and another way to address negative feelings is to work on building up your resilience. That doesn’t mean you won’t face difficulties anymore; it just means you’ll feel better equipped to deal with them when they do come up.”

Spanish Locals And British Expats Team Up In Brexit Protest

Ongoing Brexit woes have seen Spanish locals and British expats taking to the streets of Gibraltar to protest.

Those who live in Spain and work in Gibraltar – or vice versa – are worried about the effect Brexit might have on their continued ability to live and work there. Business ties between Spain and Gibraltar have positive effects on both countries’ economies.

Designs for a new ID card are well under way in the Philippines, with the finished product expected to be available by 2022.

The new card, known as PhilSys, will replace the ACR-1 card currently held by expats in the country. New fees will be levied for the card, but as yet it is uncertain exactly what the application requirements will be or how much the new cards will cost.

The UK government has written to British people living in the EU to let them know that their pensions will continue to rise over the next three years, regardless of the Brexit situation.

However, this is still a cause for concern for many: if a no-deal Brexit happens, the government currently does not seem to have any plans for continuing to provide pensions for its citizens living in the EU.

A special committee has been set up in Oman to track the amount of money expats are sending home, in a bid to crack down on illegal workers in the country. This includes people who were previously legally employed but who have either quit or lost their jobs, but who have continued to work for payments “under the table” and to send some of this money home to their families.