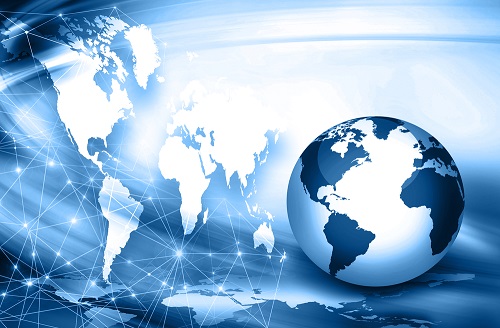 The UK national press has given substantial coverage to the issue of British expats’ ‘exodus’ from Spain this month. Spanish estate agencies and others report a mass departure of Brits, many of whom are retirees. Changing regulations following Brexit, including in relation to healthcare, driving licenses and residency, are thought to be the cause. As you may be aware, you can now only live in Spain for 90 days, unless you have residency – and from next year, you will need an ETIAS visa waiver in order to visit the country as a British national.

Estate agents handling the sales of villas for British expats say that many of them had previously driven down to spend six months in the country, but now this is no longer possible. Furthermore, the Spanish are getting increasingly tough on foreign plated cars. The RAC advises that from September, your vehicle will need a UK sticker if it is registered in the UK, and you are now not allowed to use your UK driving licence – this must be exchanged.

Some agents say that villa sales in Alicante and elsewhere have not shown a large increase, when it comes to British residents selling their homes. Meanwhile, the Daily Express reports that the number of British expats buying homes in Spain has hit ‘a historic low.’ Germans and Moroccans are now the biggest groups investing in property in the country. Estate agents say that the impact of Brits now not buying property will be less in the Balearics, where Germans have traditionally been the biggest buyers.

Increased number of ferries between France and Ireland

HE Vincent Guérend, the French Ambassador to Ireland, has said that Brexit has resulted in strengthened ties between Ireland and France, with an increased number of ferries evident between the two countries. He reports that there are now more than 44 weekly sailings between Cork, Dublin, Rosslare and French ports. Whilst his claim may have been intended as a shot at London, this is good news if you’re planning to travel between the two nations and don’t want to have to go via the UK.

If you currently live, like most of us, amid a Medusa’s head knot of cables, you may be interested in a recent EU push to introduce a universal charger. This would mean one charger for any make of phone, for instance. Under the new proposal, a USB-C charger would be the standard for all smartphones and handheld devices, such as headphones, cameras and portable speakers. The European Commission for Competition says that it has given the industry ‘plenty of time’ to come up with a standard of its own, but since it hasn’t done so, it’s time for regulation to fill the gap.

The new proposal would mainly affect older Android phones, since MacBook and iPads currently make use of USB-C ports anyway. Apple is resisting the move, saying that it ‘stifles innovation’, and has responded to criticisms of cable wastage by saying that it plans to go carbon neutral by 2030 anyway.

If this suggestion is implemented, it is likely to come into effect in 2022, with a two-year grace period, during which time the industry will be expected to bring its products into compliance.

An Expat EXPO will be held in Japan over 5th and 6th November this year, at the Tokyo Metropolitan Industrial Trade Center, following the success of the 2020 event. Its website states that its aim is “to match companies which provide goods and services with those foreigners and their families in Japan who need those services.” Among other organisations, it is supported by Australian and New Zealand Chamber of Commerce in Japan and the Japanese-British Chamber of Commerce in Japan.

Also in Japan, concerns have been raised about the performance of expat children in Japanese lessons. Nikkei says that some regions do not have adequate personnel provision for instruction and, as a consequence, children have been falling behind. Around 38,000 expat children in Japan are in need of Japanese instruction, and Tokyo has the lowest student-to-teacher ratio in the country. The Chiba Prefecture city of Funabashi has five teachers for 200 pupils.

The Ministry of Education warns that over 40,000 foreign elementary and middle-school students will need instruction in Japanese in the 2026 school year, but there simply aren’t enough teachers. Additionally, those that are in place may not be well qualified. Unlike other countries, including the UK, Japan does not require a specific qualification for Japanese teachers, and it is not a required subject in teacher training.

The past month has seen the lifting of the American travel ban. American citizens and their families, plus green card holders, have been the only people able to enter the country in recent months. For anyone who had been in the EU or the UK for the past 14 days, entrance was banned. Airlines were lobbying for a change, especially given the success of the EU and UK vaccine rollouts, but this fell on deaf ears until September.

Proof of vaccination remains in many places. For example, you may need to show evidence that you have been vaccinated to get into most places in NYC, and you must also show evidence of a negative Covid-19 test taken within three days of departure. The American authorities are taking a tough line, and some expats may be planning to lie about their vaccination status. However, don’t do this unless you are prepared to suffer the consequences, which could include refusal of entry.