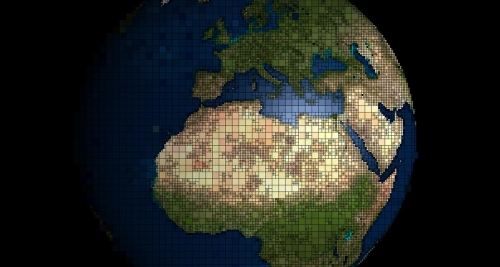 In a survey of expats around the world asking them which is their favourite destination, the US and UK have both fallen significantly since the last survey.

Bahrain was voted into first place by the 12,500 expats questioned in 188 countries. In second place was Costa Rica, followed by Mexico, Taiwan and Portugal. The top 10 also features New Zealand, Malta, Columbia and Singapore and Spain.The bottom ten countries are Italy, Saudi Arabia and Greece, with those surveyed saying their career prospects are poor and their jobs deliver low levels of satisfaction.

The Expat Insider survey highlights that this is the first time since 2013 that none of the previous year’s top three destinations continue to dominate the rankings. Instead, Bahrain has leapt from 19th place to take the top spot this year. The country outranked most of its Gulf neighbours which appear in the bottom end of the table. Expats living and working in Bahrain say the country makes it easy for them to ‘feel at home’.

The survey sees the UK falling 21 places to 54th spot, while the US falls 17 places to 43rd. Expats say both countries are less politically stable and less welcoming to foreigners. However, the biggest faller is Australia which is down from seventh place last year to this year’s 34th position. Also falling in popularity are Poland, the Ukraine, Ecuador and Panama.

Expats were also questioned about the best country for working abroad. Some of the changes include the Czech Republic rocketing from ninth place to take the number one position. Last year’s winner, Luxembourg, has been pushed into fourth place and New Zealand is in the second spot.

Growing numbers of expats heading to the US to seek work and permanent residency will be having face-to-face interviews with the US Citizenship and Immigration Services. The move to expand in-person interviews for some immigration applications will begin from October.

This follows an announcement from President Donald Trump to introduce measures to protect the country, but the move will probably also slow down the green card application process. A spokesman for USCIS said: “This will be part of our strategy to improve the detection and prevention of fraud and help the integrity of the immigration system.”

End of free movement to UK from EU

A leaked plan by the UK government reveals that there will be tougher curbs on expats and an immediate end to free movement when the UK leaves the European Union.

EU citizens who stay for longer than six months in the UK will be required to register for a residence card and will have their fingerprints taken. Also, the Home Office plans reveal that all except the most highly skilled EU migrants will be made to leave after two years. Europeans without a job will not be able to remain for more than a few months when the UK leaves in March 2019.

The report highlights that British employers will also need to complete an economic needs test before they can hire an employee from overseas.

Meanwhile, a deal has been agreed in Brussels for professional qualifications to be recognised across the European Union after Brexit. The move will see doctors, lawyers, accountants and train drivers being able to use their current credentials.

A survey by one expat platform for British expats reveals that more than half would consider paying for their personal membership of the European Union. They said that Brexit is not only harmful to their personal situation but also to the UK economy and 52% said they would be willing to pay a fee to be a member of the EU and to protect their citizens’ rights.

The number of students enrolled in English language international schools is growing around the world, according to research. The findings from the International Schools Consultancy (ISC) reveal that over the last 17 years the schools that serve many expat families have surged in number.

Fuelling the trend is a demand from local families to gain qualifications in English to help their children go on to colleges and universities in the West.

International schools in China are leading the boom, but there’s also growing popularity for these educational establishments in Peru, Colombia and India. Now the ISC is predicting that 6.5 million students will be studying at English-speaking international schools around the world within the next five years.

The director of ISC, Richard Gaskell, said: “Far from being an option for expats and their families, many local families are investing in international schools so their child has an English-speaking education with qualifications and learning that will prepare them for university.”

In the 12 months after the Brexit referendum, nearly 30,000 EU nationals made applications to become British citizens. That’s almost twice the number that applied in the previous year.

According to the UK’s Home Office, 28,500 applications were made in the 12 months up to June of this year. The number of German citizens applying has trebled, though the largest increase by proportion was from Polish citizens, followed by Italians and Romanians.

A report published in Kuwait has revealed that the country is set to replace all expat employees from government departments over the next five years. The plan is part of a new nationalisation policy which will see experienced expats being replaced by freshly trained Kuwaiti graduates.

The report highlights that all admin jobs, particularly those related to public relations and information, are going to be reserved for Kuwaitis in government ministries, institutions and agencies.

Best city in the world for expat digital nomads

The best city for digital nomads to work in has been revealed in a survey by freelance platform PeoplePerHour. The results showed that Berlin offers the best opportunities for expats who want to earn while they travel.

The German city was followed by Istanbul and Bangalore, with Manchester scoring highly at 11th place. London is in 20th position.

The phenomenon for digital nomads is growing rapidly and Berlin offers the best facilities for this new sector of the workforce. The survey found that the city has excellent co-working facilities and a relatively low cost of living, and there is also a low crime rate.

Vancouver took up fourth place in their survey, followed by Lisbon. The rest of the top 10 consists of Bangkok, San Diego, Tel Aviv, Kuala Lumpur and Athens.

So far this year, Kuwait has deported 22,000 expats for a variety of reasons including criminality, violating labour laws and committing serious traffic violations. The announcement from the Ministry of Interior also revealed the country is searching for 80,000 expats who are ‘on the run’.

8,000 of the expats deported were found to be unfit by health authorities, with most suffering from hepatitis. The figures also reveal that 4,000 of the deportees were university graduates with many holding doctorates. Of those deported, the largest proportion were Indians, followed by Egyptians and then Filipinos.

A man who lived in Spain for two years has been turned down for help from Bournemouth Council in Dorset and was found by police officers sleeping rough and hungry. David Sutcliffe, 82, a British citizen, has now been housed after a U-turn by the council.

The council’s initial decision was made because his spending two years overseas meant he was no longer eligible for council help to provide him with a home because he failed their ‘Habitual Residence Test’. When Mr Sutcliffe was found by police officers he was so malnourished that his trousers were falling down. Locals have now supported a campaign to help pay for a bed in a shelter.

Media outlets are reporting that just one year after its launch, Saudi Arabia is looking again at its national transformation plan. The flagship policy was aimed at reducing the kingdom’s reliance on the world’s oil economy and developing its private sector by reducing the number of expats working in the kingdom.

Now the plan is to focus on clear governance and change existing initiatives after a government adviser claimed in a report that the ‘targets are too aggressive and are having an impact on the economy’.

New Zealand’s Labour Party has pledged to reduce immigration to the country by up to 30,000 people a year. Party leader Jacinda Ardern made the commitment during a televised election debate over fears that the current record high of 100,000 migrants entering the country every year ‘is too much’. The politician said expats are forcing house prices up and increasing demand on schools and roads.

However, the National Party’s prime minister, Bill English, said expats are helping economic growth and help fill skills shortages. The country goes to the polls for its general election on September 23rd.

China has announced that it is planning to ban the sale and production of petrol and diesel cars and vans. The world’s biggest car market made 28 million cars last year – around one in three of the world’s total – and the move will have a major knock-on effect for the country’s oil demand: it is currently the second largest oil consumer in the world after the US.

Authorities in Shanghai’s pilot Free Trade Zone have announced that they are speeding up the work permit and residence application process for expats wanting to work there. Expats will also be able to use a mobile phone app to learn about employment procedures and immigration policies in the zone.

It’s probably not what expats in South Korea were expecting, but all residents in the country have been advised to be prepared for conflict breaking out with their northern neighbour; many expats have also been told how to prepare for a nuclear blast.

According to Transparency International, the most corrupt country in the Asia-Pacific region is India because, as their study reveals, seven out of 10 people have paid bribes to access public services. Japan is rated as the region’s least corrupt nation.

Expats and citizens in Canada can now opt for a neutral gender when applying for a new passport. The move follows Australia, New Zealand, Germany and Denmark who also offer gender neutral passports.

It’s hard cheese for expats in China after authorities their banned the importation of mouldy varieties of cheese from around the world.

A German government minister is complaining that too many people speak English in Berlin, mainly down to the large number of US expats living there. Jens Spahn says there are too many waiters in Berlin restaurants who only speak English and he now wants all immigrants to speak German.

An expat from the UK missed English pubs so much he built a replica of one on Koh Phangan in Thailand and called it the Mason’s Arms. It’s actually a replica of his former local in Southampton, the Stoneham Arms, which is now a Co-Op store.

Fears over potential conflict in Asia has led the Australian government to prepare for evacuating tens of thousands of their expat citizens in the region, says the country’s prime minister. Malcolm Turnbull is urging expats to register their names and addresses with the country’s Smart Traveller website so they can be identified and evacuated should war be imminent.

For expats in Qatar who would like to speak Arabic like a local, then a new mobile phone app will help. The ‘Qatari Phrasebook’ will teach non-Arabic speakers 1,500 phrases and words in the Qatari dialect along with phonetic spelling and Arabic text.