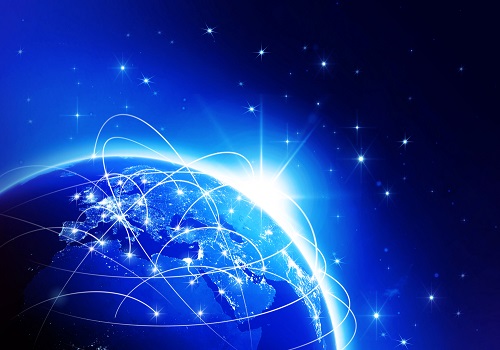 We have previously reported on the increasing tendency of countries to localise their workforces. In Oman, the number of expats has reached its lowest level since 2015. Those leaving have mainly been nationals from various Asian countries. The number of expats in Kuwait has also fallen, with over 1000 public sector job contracts with foreign nationals having been cancelled by the government. The Ministry of Electricity has seen the highest number of posts cancelled (around 130).

Concerningly, in Kuwait, anti-expat rhetoric is reportedly on the increase, with foreign workers being blamed for the spread of Covid-19. The Gulf News reports that over half the local Kuwaiti population believes that expats are responsible for the outbreak of the virus, while over 70% are in favour of enforced deportation of overseas workers. Just under 40% of those surveyed believe that expats should not receive free medical care for Covid in government hospitals. 23% subscribe to the theory that the pandemic is a foreign plot – this opinion is not confined to Kuwait alone, regrettably.

However, the Kuwaiti government itself has noted that if the number of expat workers decreases too quickly, this could result in a negative impact on other sectors, such as retail, private education and property. This ‘Kuwaitisisation’ has been going on for some time and is not directly related to the pandemic. Nonetheless, Covid might accelerate the process, due to its impact on the economy and on public sentiment.

Meanwhile, in Dubai, the introduction of a new retirement visa has proved appealing to a number of expats, including those already resident in the region, who would prefer to stay there in their twilight years. The new scheme is said to rival citizenship-by-investment programmes in the UK, the Caribbean and European countries, such as Portugal, Greece, Cyprus, Spain and Malta. These countries are all trying to attract wealthy expats from other nations.

Hong Kong continues to feature in the news, this time for positive reasons. ECA International’s annual MyExpatriate Market Pay Survey shows that expat salary packages have continued to grow for overseas personnel employed in the city state. Whilst they are less generous than they have been in previous years, a middle level expat worker is likely to cost his/her company, on average, slightly over US$284,000 (HK$2.23 million). ECA International warns that this trend is unlikely to keep rising, due to the impact of the pandemic, and notes that ‘pressure will continue to build’ on companies to manage their costs. The most expensive country in the world in which to hire expats remains the UK, according to the survey, and Hong Kong is beaten in Asia by Japan, China and India, respectively.

However, many of those who were resident abroad were advised by their consulates not to travel. This contradiction has caused high levels of stress for those Australians who now wish to go back home. One Australian expat, interviewed by CNN, explained that, when the pandemic began, he had a job, a house, and children in education in Abu Dhabi. This made it extremely difficult to pull out quickly. This expat has now lost his job, which has impacted his residency. He and his family have 30 days to leave Abu Dhabi, but they can’t get back into Australia, and this effectively renders them refugees. Australians say they feel ‘forgotten’ and ‘abandoned’ by their government.

There is better news elsewhere in the Antipodes, with New Zealand relaxing its border controls to allow foreign workers back in. You will need a job, or to be an active business owner, as well as the correct visa. Nonetheless, you are now permitted to enter the country. Expat couples stranded abroad (if one half of the couple is a NZ citizen) can now return, but they will need to apply for a border exemption. If you’ve been trying to get back to, or into, New Zealand, contact your local consulate, as it is now a lot easier to do so.

Covid-19, unfortunately, has not gone away. If you are planning to travel, you need to keep an eye on government advice. An increasing number of countries, such as France and Spain, have been experiencing Covid outbreaks. Recent stories in the British press regarding Brits fleeing countries before midnight in order to return home serve as warnings that you must remain vigilant if you do intend to travel.

In other news, Andersen tax and legal services (which emerged from the defunct Arthur Andersen) have reported an increase in their presence in the Caribbean. They say that they are aiming to expand into South America, too. Their representatives tend to be local collaborations, before becoming fully fledged Andersen entities. Nonetheless, their interest in both the Caribbean and South America is said to reflect the number of expats from the Northern Hemisphere who are looking further south for prospective destinations.

Thailand is also a popular destination among expats, despite recent problems with visas and healthcare. Covid has taken a considerable toll upon the country’s tourist industry, and the nation is now urgently seeking people who will stay long-term and spend lots of money. It has introduced a new long-stay (nine-month) visa for tourists looking to spend more time in the country – for example, for medical tourism – although it has some stringent requirements regarding Covid testing for applicants.