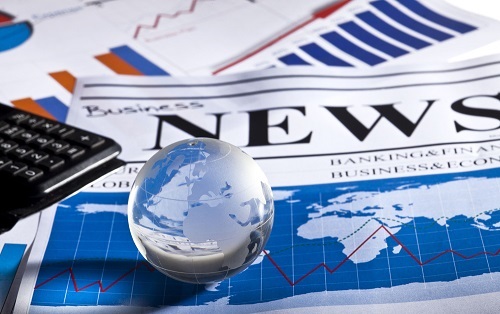 Stranded Australians may be allowed back into the country

Over 44,000 expats are waiting to return to Australia, with 5,000 of them classified as vulnerable. However, Scott Morrison has now acknowledged their frustration and says that the authorities are looking at an 80% vaccination rate as a threshold for letting stranded expats back into the country. Home quarantine is likely to be the way forward, and the country is trialling facial recognition and location technology in a 50-person trial in the south of Australia. Random checks using this method will allow the authorities to see whether someone has violated their personal lockdown (this is likely to be contentious).

Fortunately, this isn’t a row involving actual expats – it’s the title of a new drama series from Amazon, being filmed in Hong Kong. The actress was excepted from the Covid-19 regulations on incoming travellers, and this has caused something of a backlash among residents affected by the tough pandemic restrictions. The film, based on the novel The Expatriates by Janice Y. K. Lee, features a story about privileged expats in the financial centre of the city. Given the tight Covid-19 rules and political unrest in the city state, the timing of the movie has been described as ‘tone deaf’ by critics.

Meanwhile, research by Knight Frank among real life expats in Hong Kong shows that they are the expats most likely to buy property back home. A recent survey of around 900 people in 49 countries has highlighted the potential ‘Hong Kong exodus,’ which we’ve reported on before. Part of this has been Covid-fuelled, with expats telling KF researchers that family circumstances and job changes are the main drivers of their property acquisition in their home nations. Knight Frank warns that property prices in the territory itself are likely to see a 5% hike this year, followed by a further 5% rise in 2022.

Cash payments to expats in Singapore are the fifth highest globally

Singapore is now the 17th most expensive location for companies to send staff, according to the MyExpatriate Market Pay survey published in late August by expatriate management company ECA International. This comes as no surprise to anyone familiar with the region. Salaries may have seen a drop because of the pandemic, but they’ve been high for a long time.

Lee Quane from ECA says, “Combined with its ranking as the location with the best quality of living globally, these trends serve to increase Singapore’s attractiveness to expatriates looking to move to the region and to companies looking to establish a regional hub in the country, given the cheaper cost of employing expatriate staff.”

The survey was conducted over 300 companies and over 10,000 international assignees across 160 countries. Its findings revealed that Japan has now overtaken the UK as the most expensive country for relocating staff. In Singapore itself, over 300 people from 76 companies were interviewed.

Meanwhile, Singapore might be seeing a mini-exodus of its own, despite its high salaries. Recruiters in Dubai say that, at the current stage of the pandemic, they are seeing a 20% increase in applications from employees in Singapore. Hundreds of families have apparently already relocated, a direct result of Dubai’s successful vaccination rollout and family-friendly atmosphere, with schools seeing a return to in-house learning. Dubai is also closer to home for British expats, and they’re allowed in and out – which hasn’t recently been the case with Singapore. Expats report a feeling that the city state might see ‘lockdown after lockdown.’

Dubai is also seeing a rise in interest from expats in Hong Kong, due to some of the reasons already outlined (strict Covid-19 regs and political turmoil), as well as from Malaysia. Dubai is regarded as stable, well-organised, and as having nice weather. Local estate agents say that they are running out of big properties, such has been the demand.

If you are thinking of relocating to Dubai, the UAE has just launched a new visa: the so-called ‘green visa.’ According to Dr Thani bin Ahmed Al Zeyoudi, UAE’s Minister of State for Foreign Trade, the new visa is aimed at ‘pioneers, entrepreneurs and other professionals,’ and its goal is to free up the current visa requirements by removing the need to be sponsored by a company. A version for freelancers is said to be coming soon. If your green visa expires, you will be able to remain in the country for 90-180 days – the current stipulation is 30. The golden visa will also be expanded, as the country tries to attract highly skilled expats.

Expat business leaders welcome the move and anticipate a beneficial impact on Dubai’s economy and property markets. They’re predicting that the UAE is on course to become one of the world’s top financial hubs alongside London, Hong Kong and New York. Its government is seen as pro-business, and initiatives such as the new 50 project scheme, of which the green visa is a part, are regarded as a proactive response to developing the UAE into a leading 21st century nation.

With non-Emiratis already making up 80% of the population, could this number be set to soar with the introduction of the green visa, and how will this mesh with ‘localisation’ initiatives elsewhere in the region? We’ll be keeping an eye on this situation in the months to come.

Expats have been concerned recently by moves from the Spanish government to plug Covid-related economic holes by raising taxes. British expats fear that they could be worse off. There are plans to increase personal income, wealth tax and inheritance tax, to fulfil promises made to the overall EU Recovery Fund. Anyone earning over €2,400 per month could see a hike, caused by what the authorities term a “gradual increase of the tax system’s maximum contribution base.” If you are worried that this could affect you, speak to your local tax adviser.