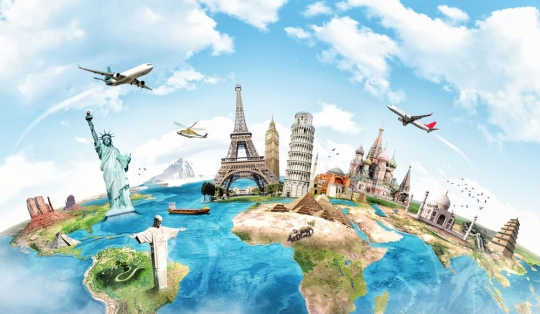 Expat Insider is one of the world’s largest and most comprehensive surveys on life abroad. This year, a grand total of 18,135 expats from all across the world participated in the survey. Some 178 nationalities took part, spread across 187 countries or territories, including more than 1,600 participants in Germany and just one each in Greenland and Equatorial Guinea. The accumulated data provides a unique insight into life abroad in 2018. Some results are as expected, while others are rather surprising.The survey rankings list the best (and worst) of 68 countries across the globe, primarily focusing on: quality of life, ease of settling in, working abroad, family life, personal finance and cost of living.

Let’s have a look at the results and what they mean for current and future expats.

Best And Worst Places For Expats

Bahrain managed to hang on to the top spot this year with an impressive 72 percent of participants stating that they have no problems in this country at all.

Coming in second is Taiwan. This country impressed expats with its overall quality of life. Seventy six percent of expats living there have a favourable view of their job security, compared to a global statistic of 59 percent. Another point worth mentioning is that expats in full-time employment in Taiwan spend less time at work than their global counterparts, with expats spending 39.9 hours per week at work versus a global average of 44 hours. The income is much lower in comparison to most European countries, but so are overall living costs.

Expats in Ecuador are satisfied with their job security and career prospects. However, according to the survey, the main reason people relocate to Ecuador is to find a better quality of life. Interestingly, there are four Latin countries in the top 10, namely Ecuador, Mexico, Costa Rica and Colombia.

Kuwait dropped back down to the last place. The UK is near the bottom, in 59th place. This is a concerning downward trend since the events of 2016. Due to a significant drop in career satisfaction and prospects, India ranks 66th out of 68 places.

Best And Worst Places For Men And Women

The big winner is again Bahrain, where both genders are in agreement – Bahrain was voted best expat destination regardless of gender. Taiwan and Mexico are also in the top five for both men and women. Cyprus proved to be one of the most divisive countries, coming in third for men but 29th for women. Other countries with major gaps include Oman, Finland, Romania and Indonesia. With a massive gap of 47 ranks, opinions on life in Oman could hardly be more poles apart: female expats place the country in sixth place, while men rank it at 53rd.

Malta is one of the biggest losers in this category; it dropped down 19 ranks, no doubt as a result of the current political situation in the country. The genuine surprise here is Germany; the country lost 16 places due to its falling behind in digitalization. The biggest winners here are Israel, with Australia and Bahrain close behind. Expats report feeling increasingly safe in Israel and Bahrain. The affordable, high-quality healthcare in Australia continues to impress.

Ease Of Settling In

According to the survey, expats in Bahrain feel very welcome and at home. Mexico takes second place for the same reason. If you are in Costa Rica and don’t speak the language, this will not prevent you from making new friends. Greece and Australia show significant improvements. The biggest losers are Malta and Sweden; both countries dropped 14 places since last year.

Some of the biggest winners in this category are Ecuador, Japan and Israel. Countries not scoring so well include Romania, Kazakhstan, and Costa Rica. You’ll definitely spot a pattern here, as Bahrain comes in at number one again, with the vast majority of expats praising the country for its career prospects. Chechnya also did surprisingly well for job security amongst the expats.

Personal Finance And Cost Of Living

Colombia nabs the number one spot in the personal finance and cost of living category. Coming in second is Vietnam, where 91 percent view the cost of living in a positive light. Forty percent of people moving to Mexico do so because of the financial situation. The newcomer to watch out for in the top five is Bulgaria, while Greece comes in last.

Finland, Austria and Chechnya make up the top three in this category. Other honourable mentions go to Poland, Belgium and Qatar. Japan, South Africa and Mexico all went down in the Family Life category rankings.

Relationship satisfaction is highest in Bahrain and lowest in Saudi Arabia. Statistics show that people moving to obtain a greater quality of life are more likely to be in a relationship. Even though women move countries for their partner more often than men, expat women are frequently single.

Bahrain comes in as a winner once again. More than 70 percent of expats in the country rate their career prospects positively. There is a gender divide in In Chechnya, with women rating their career opportunities more positively than men. Greece is near the bottom once again, with more than half of the participants stating that there is a lack of career opportunities in the country.

Statistics are a marvellous thing. On one hand, they can give a clear idea of what an average situation looks like. On the other hand, if one person has five pounds and the other person has none, statistically, each person has £2.50. Saying that both people have money when they don’t presents the situation in a skewed light. What does this have to do with people considering moving countries? Below are the points that the potential future expats need to keep in mind:

• Why are you moving? What would you like to get out of your move?
• Would the potential negatives put you off or would the positives outweigh them?

Personal opinion is a matter of taste. Just because one person has a perfect life in – let’s say – Bahrain, doesn’t mean it will be that way for everyone.