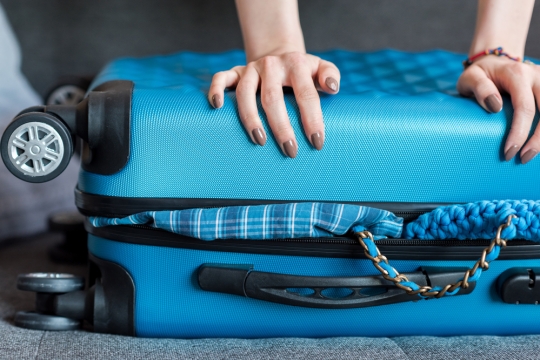 The expat world loves a report. There are surveys, indexes and portfolios that list all the intricate details of the expat ecosystem. Where are the best schools, which tax systems are friendliest, even reports comparing the job satisfaction of workers from Athens to Zanzibar and everywhere in between.

When working overseas, expats are at the mercy of the ebb and flow of international economics. That gold-plated salary can quickly tarnish should the currency markets turn. Entire industries can be decimated by fluctuations in the price of raw materials.Many of the reports out there look at the situation on the ground – how it is to be an expat living, working and surviving in a certain destination. Take a few steps back and it is possible to see the bigger picture, how one city stacks up against another and what the future may hold.

It’s all well and good knowing how much it costs to rent a home in your new country, but what happens if your new job suddenly disappears from under you, or wages crash?

The Global Wealth Migration Review (GWMR) is conducted by New World Wealth (NWW) annually. NWW is South Africa-based market research company which aims to dig deeper into that bigger economic picture. The traditional measure of success at this scale is a country’s Gross Domestic Product (GDP), which is the total amount of profit turned over by a whole country in a given timeframe. NWW argue that this is a clumsy tool which doesn’t give an indication of the factors contributing to this bottom-line figure, nor does it forecast for the future.

The GWMR for 2018 takes the phrase ‘follow the money’ to its logical conclusion, working out which cities are turning over the most, but also attracting the most investors. The report looks at the top performing cities around the world, but also takes into consideration where the world’s richest people are choosing to settle down.

NWW’s logic is that the world’s richest people are always on the lookout for the best places to invest their money, meaning those destinations which are successful are filled with wealthy people.

It’s a bit like putting radio tags on the world’s multi-millionaires and seeing to which countries they migrate. There are an estimated 15.2 million High Net Worth Individuals (HNWIs) around the world; that is, people with a net value of more than USD$1million. Although China is enjoying a boom and its people are embracing new-found economic freedom in a fit of entrepreneurial vigour, the country is seeing a big outflow of HNWIs. India is experiencing a similar situation. Although these countries are doing well, they can’t offer the sense of security or opportunities for further investment seen elsewhere in the world. Auckland, New Zealand and Dubai in the UAE are the opposite, attracting wealthy expats to settle down and pump their cash into the economy.

Other big stories are illustrated in the report, with Brexit and a weakening pound looming large over some of the statistics. The top ten nations for private wealth are listed, and their performance for the next ten years is predicted. China is expected to see its privately held wealth increase by 180 percent and India by a whopping 200 percent. With uncertainty lingering over the future of tax, healthcare, pensions and business relations for the UK, a meagre forecast of 10 percent growth puts the country on par with troubled Italy.

The whole report runs to a detailed 43 pages, completed with detailed additional findings to give context to the raft of stats and figures. The results come from the company’s own figures combined with information from financial advisors, stock market experts and even traders in luxury goods.

We’ve trawled through the full report to pick out the top five facts expats need to know about the global economy right now.

5. There are a lot of very rich people out there

As previously mentioned, there are an estimated 15.2 million HNWIs in the world, each with assets surpassing USD$1million. Of these, 584,000 are multi-millionaires with more than USD$10million to their name. Astoundingly, there are also 2,252 billionaires around the world. This huge amount of riches adds up to USD$215 trillion held worldwide, but dishing it out evenly would leave everyone on earth with just USD$28,400 in their pockets.

This exclusive club describes the ten nations that hold the most private wealth. US citizens hold the top spot with a whopping USD$62,584billion. China’s massive population earns it the number two position, with USD$24,803billion. Japan collects bronze with USD$19,522billion. The UK lags at fourth with not even USD$10billion.

3. Asia has the fastest growing wealth

Although global wealth has risen by 27 percent over the past 10 years, Asia has seen even bigger growth. As former communist countries open their doors to the global economy, they have been able to mobilize vast amounts of cheap labour to place themselves near the top of this list. Vietnam has seen a 210 percent growth in private wealth over the past ten years, and China has had a 198 percent uptick. With big populations in both countries, this could represent a widespread sharing of income, but more likely shows the vast success of some well-placed individuals.

Australia and New Zealand also make this list of high-growth nations, which is impressive considering they were already international trading nations.

2. A surprising number of big economies have shrunk over the past 10 years

The same set of numbers that put Vietnam on top for global growth puts some big names at the bottom of the pile. This ten-year snapshot includes the global financial crisis and its aftermath. In some cases, it looks like private wealth is yet to return to 2007 levels. Italy, Spain and Greece have all had much-publicized struggles to stay afloat, which is reflected in this list, where Greece is shown to have had a 37 percent shrinkage.

1. Asia will continue to boom

This report makes it seem as if we have only seen the first chapter in the success story of economic growth in Asia. The GWMR predicts a 50 percent raise in global wealth, reaching USD$321trillion by 2027. This is expected to be fueled by the Asian nations entering the world stage.

Large populations and cultures that place high value on education are expected to be the perfect recipe for growth in technology and services. The top five countries expected to spur this growth are:

Sri Lanka: Stable, safe and English speaking, the Island nation’s capital Colombo is expected to fuel a 200 percent growth to 2027. Local technology, manufacturing and financial services are the sectors to watch.

India: With a strong culture of entrepreneurship and an ever-improving educational system, the country is already making its mark on the IT sector and outsources business services. Real estate, healthcare and media sectors are leading a prediction for 200 percent growth over ten years.

Vietnam: Currently emerging as Asia’s manufacturing hub, Vietnam has already got the fastest growing wealth market in the world. Expanding into the healthcare, manufacturing and financial services sectors will drive another 200 percent increase.

China: Growth in private wealth is expected to continue with a switch to the local hi-tech market and financial services, although it will slow to just 150 percent growth.

Mauritius: The African island nation is attracting an increasing number of HNWIs thanks to its safe security situation, friendly tax regime and ease of doing business.