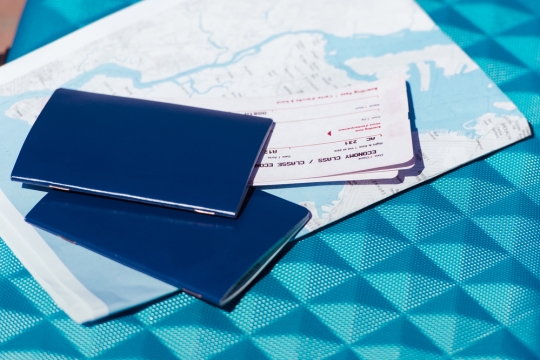 The big day is rapidly approaching. The UK’s exit from the EU is scheduled for March 29th 2019, giving precious few months for governments in London and Brussels to decide what happens after that date.

The referendum of June 2016 was emotive, seeing statistics mingling with impassioned arguments about British sovereignty. A key issue for the leave campaign was taking control of British borders, leaving behind the EU’s freedom of movement policies in favour of rules and limits written in London.As yet, no deal has been agreed for post-Brexit Britain’s continued relationship with the EU. During campaigning, it was assumed that the UK could leave the EU, impose its own rules on free movement and still have access to the vast European marketplace. As negotiations with the EU stumble on, it is becoming clear that the UK can’t have one without the other.

This has caused concern amongst economists and business leaders. According to the House of Commons, the EU is the UK’s biggest trading partner, with £341 billion spent on importing EU goods onto British shores, representing 53 percent of all UK imports. At present, these imports are free from tariffs and taxes, while their close proximity to the continent means they are cheap.

The goods brought in from the continent represent essentials for the UK, with food supplies being a major concern. In August, Minette Batters of the National Farmers Union (NFU) warned that the government needed to make food security a priority. Not only does the UK import 40 percent of its food, but much of the domestic agriculture industry is reliant on cheap, seasonal labour supplied by EU citizens.

However, it’s not just the products brought into the UK that will impact the post-Brexit economy; 44 percent of all UK exports are shipped to EU countries, generating £274 billion for the British economy.

At the end of October, Chancellor of the Exchequer Philip Hammond announced the autumn budget. This plan for the direction of Britain’s economy was slammed by business leaders as not accounting for the increasingly likely ‘no deal’ scenario. Stephen Martin, Director General of the Institute of Directors criticised Hammond’s budget for offering little support to businesses that are preparing for the turmoil of a deal-less Brexit. “While we hope the chancellor’s confidence that there will be Brexit deal is well-placed,” he said, “firms have to look at all possible scenarios and will be deeply disappointed to see no funds have been allocated to helping them map out potential outcomes.”

Mrs May hailed the plans as a: “skills-based system [that] will make sure low-skilled immigration is brought down and set the UK on the path to reduce immigration to sustainable levels.”

The headline from the proposals is that the priority will be placed on highly-skilled migrant workers coming in to the UK, with minimum salary thresholds to ensure that international workers cannot undercut British workers.

However, reducing numbers of low-skilled migrants will cause concern for businesses. Director General of the Confederation of British Industry (CBI) Carolyn Fairbairn called the policy a ‘wrong turn’. “All skill levels matter to the UK economy,” she said, adding that the “proposals risk worsening labour shortages, already serious in construction, hospitality and care.”

Although the plans do include provisions for special, short term visas for seasonal agricultural workers, the CBI believes that the net migration target will leave jobs unfilled.

Even if those coming into the UK are permitted to work in the country, employers will have to jump through regulatory hoops to prove as much. The proposals suggest that all security and criminal checks will be completed before individuals are permitted to enter the UK.

Jill Rutter of the Institute for Government think-tank said: “if you are a business, it will be much more complicated.” She told BBC Radio 4 that presently: “a lot of businesses just need to check somebody’s got an EU passport.” She said the plans: “are going to bring an awful lot of businesses into dealings with the Home Office. So for them it’s a lot less simple.”

As with so much of the Brexit saga, nothing has been formally agreed or set in stone. Until negotiations are finalised, Westminster won’t formalise any policy, meaning businesses aren’t able to plan effectively. What these new policies outline is a future where British businesses will struggle to fill lower-skilled, lower-paid jobs with British citizens. Businesses will also have to pay significantly higher salaries for the highly-qualified experts they cannot find domestically.

Whatever policy eventually comes into force, it is likely to form the basis of any reciprocal agreements with the EU and other nations.

The plans also announced a scheme to give preferential treatment to people coming from ‘low-risk’ nations, speeding up their entry times. Presumably this status will also allow for faster processing of immigration paperwork, but that is yet to be discussed publicly.

British people living in the EU are understandably concerned that rule changes in London may impact their lives overseas. In September, Mrs May promised to safeguard the rights of EU nationals already living in the UK, even in the event of a no-deal Brexit. She told the three million plus EU citizens living in the UK: “I want to be clear with you, that even in the event of a no deal, your rights will be protected. You are our friends, our neighbours, our colleagues. We want you to stay.”

Whilst there is nothing approaching a reciprocal agreement in place yet, it is likely that Brits already in EU countries can expect to hear similar promises.

As March 2019 rapidly approaches, the future looks less and less certain as more issues are raised and fewer solutions are proposed.