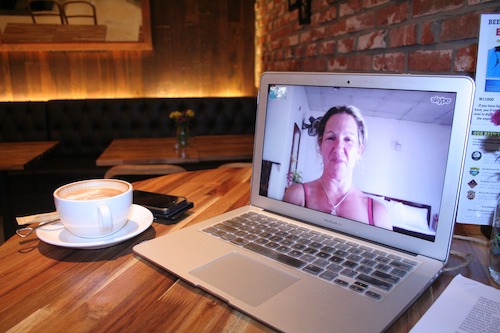 The Covid 19 pandemic has had a major impact on the lives of a huge number of people, and one of the main questions with which everyone in lockdown has been faced has been the issue of keeping in touch with family and friends.The 21st century is the most communicative age we have ever known, with a plethora of digital methods and platforms available to keep us in touch. Mobile phones, tablets, and laptops all contribute to the variety of ways in which to communicate – but there are so many platforms and apps that choice can be very confusing, particularly if you don’t happen to be very computer-literate.

Speaking over the phone, whether a landline or a mobile, is a principal way in which people can keep in touch. If you’re on your own and self isolating, it is a great way to keep in contact.

However, you may be using a device such as a tablet or a laptop or other computer. You may be accessing the internet via hardware such as Google Home, designed as a vehicle for Google Assistant, Google’s voice-activated virtual helper. You may also be using Alexa, from Amazon, or Facebook via a Portal tablet (a little camera-equipped webcam connected to your television).

Many people rely on email or on the various direct messenger systems, such as Facebook Messenger, and a lot of people already have access to these. 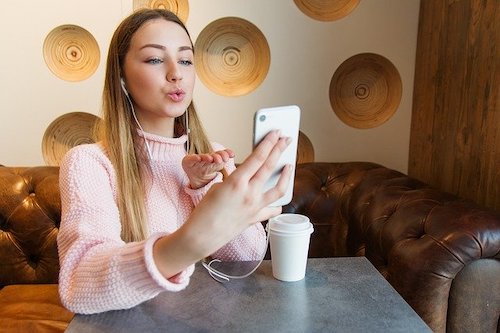 Video calls are a popular way to keep in touch

However, you may have had relatives or friends suggesting that you engage with video conferencing platforms such as Zoom or Skype. Some of these are new: Skype has been around for a while, whereas Zoom is relatively recent. Other platforms include:

What these platforms provide is a way to see people face to face on a screen, whatever kind of device you are using. These platforms are used widely in business. Typically, for example with Zoom, someone will send you an invite in an email and you can click on the link. This will then take you to a window on your screen which will hold a video link and you can click on it to start. You do not necessarily need to download an app in order to join in – Zoom does not require you to do this, but Skype does: you will need to have the program on your computer/phone in order to use it.

You can access a number of YouTube videos which will show you how to use this software, and if you get stuck, googling “how do I use ?” will provide you with a number of explanatory links. Note that it will make a difference whether you are using a computer or a smartphone. If you are used to switching between different apps on the phone, installing another one probably won’t be too much of a problem, but if you find it hard to understand the difference between email and Facebook communication, then try to keep it as simple as possible.

We took a quick poll of correspondents with not-very-computer-savvy relatives and the winner in the ease-of-use stakes was Zoom, mainly because, as above, you do not need to do very much apart from follow a link (Jitsi is the same). The person in charge of the Zoom chat does need to know what they’re doing, however, and they will need to give you some basic instruction, such as how to check the video and audio levels on your device. 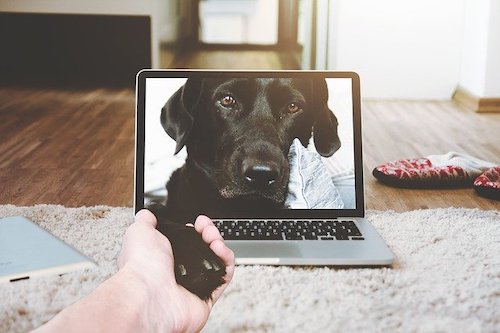 “I was able to talk my mother through setting up a Skype meeting quite easily. The biggest conceptual obstacle was her constant references to the hot water bottle: once I realised she meant the video icon, we were away.”

Some people struggle with Skype: one elderly relative of a correspondent found that WhatsApp, which mimics the mobile phone interface, was easier. It looks as though Zoom is replacing Skype, which can be clunky and unreliable, and does not have a lot of memory.

Facebook Portal and FaceTime also have good reports. WhatsApp is said to be preferable if you only have a couple of people chatting, whereas Zoom is easier if you have a larger number of people.

Google has a FaceTime-like app, Duo, for those who don’t have an iPhone. It works on iOS and Android.

If you are contacting people you are happy to give your phone number out to, and specifically using a device such as a cellphone or a tablet, and not a computer, WhatsApp, which is owned by Facebook, is recommended. ‬‬Some people do have security concerns about WhatsApp, however. 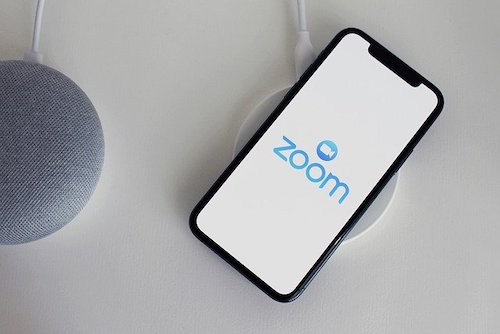 Different people prefer different options: find one that works for you

One of our correspondents said that she uses a platform called Discord for longer length calls with a large group of people, but this is not user friendly and otherwise chose Zoom:

“My cat hurt her knee and the vet wanted to visually assess her and walk us through some of the parts of an exam he might do in order to decide if she needed to come in. We downloaded Zoom onto [the] tablet, he sent us the appointment for the cat and did it that way.”

If you have disabilities, it may be worth investing in a voice activated tablet if you do not have one already.

‬‬Our basic advice would be that if you have a system that you already use, and find straightforward, you rely on that. Downloading new apps, which can be complex and counter-intuitive, in a time such as lockdown, which is already stressful enough, can send your blood pressure soaring, especially if you then experience problems with the technology.

Finally, if you are in the UK, don’t forget the Royal Mail (or the postal service in your country of residence)! If someone in your household is able to venture out, you might consider writing a letter and asking them to post it. People we spoke to commented how nice it was to receive a handwritten letter through the letter box in addition to Amazon packages and bills. It also seems that people have been taking advantage of the lockdown and writing more letters.