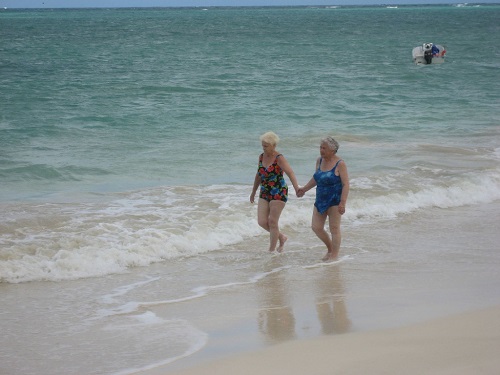 The senior citizens of the United Kingdom have the right to claim their state pension even when they are residing in a foreign country, as long as they have paid the adequate number of National Insurance contributions (usually at least 10 years, without any exceptions). The current retirement age is 65 for men and 60 for women across Britain. However, the limit for women has been increasing gradually, so that the gap between genders reduces.In the long term, the British government aims at setting the retirement age for both men and women to 68. This change is expected to take place no later than 2046.

State Pension Over The Years

The start of Modern State Pension in the UK was marked by the Old Age Pensions Act of 1908, which provided 5 shillings a week to those who were over the age of 70 and whose annual means did not exceed £ 31.50. This coincided with the Royal Commission on Poor Laws & Relief of Distress 1905 – 1909 and was the first step in Liberal welfare reforms to complete the social security system, along with health insurance and unemployment benefit through the National Insurance Act of 1911. After the war, the universal coverage of social security was completed by the National Insurance Act of 1946.

The existing framework for state pensions in the Social Security Contributions and Benefits Act 1992 as well as the Superannuation and other Funds Validation Act 1992 was established in the early 90s. After the Goode Report, occupational pensions were covered under comprehensive laws in the Pensions Scheme Act of 1993 and Pensions Act of 1995. In 2002, the Pensions Commission was established for reviewing pensions across the UK. This was soon followed by the Pensions Act of 2004, which replaced OPRA with the Pension Regulator and relaxed the minimum funding requirements in terms of stringency. The Act also ensured protection for businesses that were insolvent.

Another major update took place with the Pension Act of 2007, which raised retirement ages and had them aligned. After that, the Pensions Act of 2008 set up automatic enrollment of occupational pensions and a public competitor called National Employment Savings Trust (NEST), which has been designed to be an efficient, low-cost fund manager. Since then, a few more amendments have taken place to the Pensions Acts.

Today, like most other nations, the UK offers a number of pension plans to its citizens. Contrary to common belief, you do not receive a state pension automatically when you reach retirement age, you have to claim it. In addition to the state pension offered by the government, there are 2 other types, which have been broadly classified into Defined Contribution (based on how much has been paid into your pension fund) and Defined Benefit (calculated according to your last salary and how long you worked for your employer). To learn more about the different kinds of pension plans available, the subcategories and the eligibility criteria for these, go to the government’s website.

It isn’t necessary for you to stop working once you reach State Pension age. All it means is that you are no longer required to pay National Insurance. Moreover, this also gives to the option of looking at more flexible working arrangements. In fact, you are eligible to receive a State Pension even if you have other sources of income in place, for example a personal or workplace pension. To know the most important details about these options, visit Your Rights and Workplace Pensions.

Men and women who reached the State Pension age before April 6, 2016 fall under the Old State Pension Plan, where the most a person could get was £ 119.30 per week. However, the Basic State Pension increases each year, by whichever is the highest of these options:

– Earnings (the average percentage of the growth in wages)
– Prices (the percentage growth of prices in the country, as per the Consumer Prices Index)
– 2.5%

Citizens who became eligible for State Pension after April 6, 2016 can receive up to £ 155.65 every week. The exact amount will depend on the National Insurance records. Some people do receive a higher amount. For this, you need to have a certain sum as Additional State Pension or delay claiming your basic State Pension. However, do keep in mind that you are likely to pay taxes on what you receive.

If your total annual income exceeds your Personal Allowance, you are eligible to pay tax on your pension. Your total income could include:

– The State Pension you receive
– Additional State Pension
– Private Pension, work or personal (though this could be tax-free in some cases)
– Earnings from being employed and / or self-employed
– Taxable benefits received
– Revenue from any other sources like savings, property and investments

Most people who draw a larger amount of private pension end up paying a higher amount of income tax. This is generally applicable to those with a private pension of more than £ 1 million a year. In such cases, the pension provider deducts the tax before making the payment. However, many of them owe the government an additional amount at the end of the tax year.

The rules of taxation are completely altered if someone else inherits your state or private pension.

Many senior citizens from the UK have been living a comfortable life on their pensions by choosing to settle down in overseas destinations that have a low cost of living. They also pay a lower tax amount compared to their counterparts that reside in Britain. However, things are about to change for the worse in the near future.

British retirees with offshore pension accounts will now be forced to pay a higher amount in taxes, according to the new plans that have been proposed by the government. In the Autumn Statement that was released in November 2016, there were hints about a move that will bring the way in which overseas and UK pensions are taxed into line with UK pension statues.

At present, those who claim their pension amount from the Qualified Registered Overseas Pensioners Scheme (QROPS) pay no more than 90% tax on the income produced by the fund. However, as per the latest proposal, 100% income tax will apply to them too. This move mirrors the tax treatment of pensions in the UK. It is expected that pensioners will no longer be able to cut their tax bill by moving their pension funds overseas. However, the Government argues that since it has given them a tax relief on their savings, it is entitled to a higher income tax when the pension amount is drawn.

The Chancellor issued a statement, announcing that measures will be taken that will make it more difficult to set up QROPS in the future. This is mainly because in the past, QROPS has also been used to orchestrate pension liberation scams. Often, savers and advisors attempt to evade the HMRC tax penalties that are levied when pensions are accessed at an early age, before a person turns 55. This raft of revisions comes in the midst of a broader clampdown on pension scams.

After receiving some pressure from a newspaper, the government announced a ban on cold calling seniors about their pension and investment details. Any firm that violates the ban could be face a fine of up to £ 50,000. It is estimated that fraudsters make close to 250 million unbidden calls each year.

Does this spell the end of relief from pension tax as we know it? In the last five years the British government has made several cuts in the generosity of the annual as well as the lifetime allowance on pension contributions. At the same time, there is also a growing feeling among citizens that the political parties will reform the tax relief model. The former Chancellor, George Osbourne, launched a consultation initiative to look at alternatives for the existing program.

Each year, the state pays billions towards pension tax relief. A large percentage of this amount goes to wealthier savers as well as the organizations that have sponsored generous benefit style pensions. A complete overhaul in the system will therefore not only save the government a considerable sum of money but will also redistribute relief to the lower earners who are more likely to under-save (at least in theory).

Mr. Osbourne appears to be in favor of introducing a system quite similar to ISAs, which brings no upfront tax relief but makes withdrawals free from tax. However, the government backed off from the controversial plans just ahead of the Brexit vote.

Britain’s pension system has been backed mainly by a flat rate model, in which everybody can get a tax relief of 25% or 30%, regardless of their income bracket. It is believed that the existing and future governments will eventually return to this idea primarily due to the vast savings that could be made.

How the State Tops Up Pensions: Tax Relief

The amount of state pension you draw will probably be dependent on a number of factors: mainly, the National Insurance contributions you have made, your income and your tax bracket. As a high income tax payer you are therefore likely to receive more than the basic ratepayer from the Government for every £1 you save into a pension fund. Below is an example to explain how this works:

– A basic ratepayer will have to make a contribution of around £ 80 to put £ 100 towards their pension pot.
– A high ratepayer, someone earning between £ 43,000 and £ 150,000 per year, is only required to make a contribution of £ 60 to achieve the same pension saving of £ 100. This calculation applies to the additional ratepayers too.
– A person who does not earn enough to pay any income tax can also get a tax relief at the basic rate. Such nil ratepayers are allowed to make pension contributions of £ 3,600 per year.

The manner in which you claim tax relief could depend on the type of pension fund that you are saving into. For example, the Workplace Pension schemes usually operate on a “relief at source” or “net pay” basis. With relief at source, you can only claim basic relief automatically. However, in order to receive the extra relief due on higher and additional payments, you will need to write to HMRC. Under the net pay arrangement scheme, you can automatically make a claim for tax relief at your highest rate of income tax.

However, do keep in mind that if you are using the net pay model, there is a possibility that you may miss out on tax relief if your earnings are in excess of £ 10,000 a year (the threshold for automatic enrollment into this scheme) but less than the starting rate of income tax, which is currently at £ 11,000. If you are in this position, you are due a tax relief at the basic rate. However, this will not be added automatically if your provider is using the net pay model.

Understanding the various pension schemes as well as their implications could take a while, since there are so many different plans and each come with their own benefits. It is therefore best for you to consult a tax attorney or an expert to guide you about what to do.

You should also be aware of the type of pension you are going to receive. You may be able to get this information by answering a series of questions on Pensionwise. People over the age of 50 can book an appointment with Pension Wise for personal guidance from specialists.