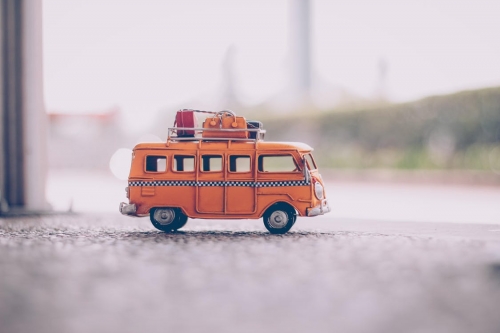 At Expat Focus, we like to be on the lookout for resources around the web that could help prospective expats adjust to their new countries. Today, we’re taking a look at international social media accounts that will give you the travel bug.I Am A Triangle
Facebook Group

A community group built on the premise that all expats have been formed into a triangle rather than the standard circle or square in their respective place of birth and expat home. The group aims to support all expats and provide encouragement to individuals going through the process of expatriation and repatriation equally. More specific location based offshoot groups have been created to encourage a face-to-face community, look out for one in your prospective expat location.

Being a global nomad can be a lonely job, this is where you can find a supportive community who understand your lifestyle and can maybe help make your stay a little more fruitful. With the rise in popularity of remote working it is no surprise that this group has almost twenty-five thousand members worldwide. Pick up some tips on working practices, freelancing and life as a digital nomad or perhaps find a similar soul to have a real time coffee with when you have some spare time.

Father of three mighty girls, James calls himself a global expat after having lived and worked in the US, Latin America, Asia and now India. Splitting his time between travel for work and family life makes for an interesting feed, his love for his current expat home is clear, and he is definitely putting down some roots in Chennai. For expats in tech you’ll find a good mix of the realities of expat life in the industry.

A much-needed voice on issues relating to global mobility and black identity. Personal and first hand accounts go side by side with advice about cross cultural living and making a life in a new country. Never shying away from the less talked about, more uncomfortable aspects of expat life, there really is something for everyone here. The accompanying blog is run collaboratively ensuring a range of viewpoints on every issue that you could imagine and some that you couldn’t.

Jameela describes herself as a serial expat, mother of two and an English teacher (amongst other things). So far she has lived in France, England, Wales, Libya, Saudi Arabia and soon plans to take on Tunisia. She remembers what it’s like to be researching before a move only to be disappointed at the lack of information on offer, she blogs to help out anyone hoping to walk in her shoes and tweets useful snippets of where to find additional help.

American Stacey Veikalas travels the world with her professional basketball playing husband, three kids and a German shepherd. Currently they reside in Germany, but at the end of the season that could always change. She is a frequent tweeter, and you’d expect nothing less of a Social Media Strategist, her love of travel and lust for adventure is clear to see.

Inspired by being an Erasmus student seventeen years ago, British born Matt is making his way through Asia. He is passionate about the rise of the global citizen and the opportunities that can be found by stepping outside your home country and its comfort zone. An expat aiming to change the world for the better; one pixel at a time.

Belgian born Peter proclaims himself to be a travel addict, and from his history of living and working around the globe this statement would seem to be true. Splitting time between his family in Belgium, work in Rome and various humanitarian groups, his expat life is an inspiration to anyone committed to making the world a better place.

American Joy is currently resident in London, England having got there by way of Turkey, Poland and Australia. She is honest about her expat life: it’s not all ladies who lunch, sometimes it can be tough but it’s always rewarding and that’s what keeps her moving and saying yes to new opportunities. Her feed is filled with love for her new city and reminiscences of the cities she previously called home. A must read for a prospective expat.

Born in Manila, this serial expat left her home country for Paris after college and hasn’t stopped moving since. One Argentine husband and two kids later she is, most recently, living in Dubai. Do not attempt to approach her feed hungry, having trained as a chef in Paris this woman knows her food and isn’t afraid to share her opinions on it.