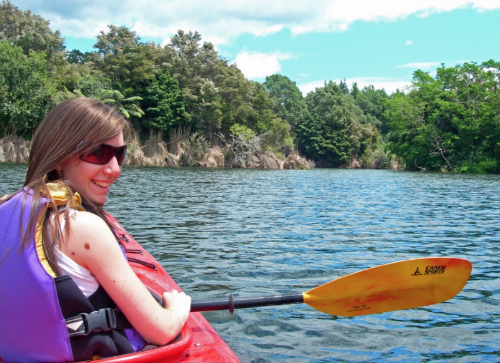 Dani, you're the founder of Setlr.com. Tell us about Setlr – what are its aims, and what drove you to start the company?

Setlr is an online service that matches expats who need help in their day-to-day lives with local, native speaking bilinguals and experienced settlers who are in the perfect position to offer the right kind of help. My husband and I were driven to start Setlr out of our own need for everyday help as English speakers living in France.We very quickly discovered the limitations of machine translation services (all those who’ve seen the smiles and the blank faces when you pull out a Google Translate know what I’m talking about here!) but we didn’t want or need a full blown agency. When we first arrived in France it was really tough. We tried forums with some luck but more often than not we found the information way out of date and nowhere near specific enough to rely on. We had to somehow navigate our way into the highly bureaucratic, paperwork driven French system and it wasn’t easy, but things really turned around for us when we made a bilingual friend. She helped us with forms, writing letters, understanding local terminology and making appointments. That help was invaluable but we found that during the first year especially, we came to heavily rely on one person and we weren’t the only ones relying on her. It was clear that she was under a lot of pressure as she became the go-to person for all expat related issues. If you’ve been an expat a while you probably know someone like this. We built Setlr to make it easier for fellow expats to tap into a much wider community of local, relevant and up-to-date helpers completely on-demand whenever they need it.

Tell us a bit about your own role – what does your day-to-day routine look like?

My role as a Founder is to build something that people really want. At Setlr we’re inspired to take a process that people are currently using with difficulty offline and build a simple platform that allows them to do it faster and more simply online. There’s really no roadmap to follow so all of our direction needs to come from the people we’re building Setlr for. We’ve needed to learn about other people’s daily problems and how they’re making do with the solutions currently available like Google Translate and forums for example.

I try to split my time between engaging with people and working with our technical staff to build something the market has never seen before. If I get a little spare time in the day I like to write guest posts for other expat blogs and publish some useful and fun content on our own blog which is just getting going. I’d like to fill our blog with a lot of real world experiences and tips to help people make better use of all the great resources around them.

What differentiates Setlr from other language-learning apps? What are its USPs?

Setlr isn’t going to replace language learning! What Setlr offers is a way to reduce the high stress levels of the initial few years by putting people in touch with the most suitable helpers in our community and giving them a personal, one-to-one service that helps to bridge the language and culture gap. By reducing the short term stress of the language barrier, we aim to give people a lot more spare capacity to really enjoy the early period and make the most of the fun side of expat life as they settle in – including learning the language.

When my family and I arrived in France, we made a very clear decision to do everything possible to integrate and adopt local customs rather than just live as “English abroad”. We still drink more tea than coffee but we certainly wouldn’t want to replace language learning and we’re not at all like language learning apps. Many expats refer to the “two year point’, which is often the point when people decide to stay or go “home”. Getting the right help at the right time is absolutely key to enjoying the positives in everyday expat life and increasing the chances of making it beyond the 2 year point.

What do you think are the main challenges involved with learning a new language, and how does Setlr help to address these?

One of the greatest challenges we see everyday is what I refer to as the “lingo” problem, otherwise known as local terminology. When we moved to France we very quickly discovered that all of the local systems like banking, mortgage, healthcare, insurance and schooling all have their own terminology. Google Translate is totally useless at this and neither of the two self-study language learning courses I used were broad enough to cover this. A lot of the time the local lingo appears to have a unique logic and it isn’t easy to guess the right words to use. Not to mention the huge number of acronyms and phrases that mean nothing when translated literally. Learning new phrases is fun and you get a real sense of achievement when you can repeat them without pulling out the phrase book, but the very second you move out of your everyday comfort bubble you run into all sorts of local terminology that can throw you off balance. When this happens it can feel like you’re getting nowhere and that’s why we created Setlr to offer exactly this type of help. Building your vocabulary takes a lot of time and a wide range of experiences but Setlr can connect you to a native speaker or an experienced settler who understands the local use of language and terminology when you need more than Google Translate to understand or convey meaning, but you don’t need a full blown professional agency.

Are there any languages that are especially popular on Setlr? Conversely, which are the least popular? Why do you think this is?

One of the big points we want to convey with Setlr is that there are amazing helpers all around us. We built a map on our homepage to show people where our Helper community is located all over the world and as Setlr grows we hope to have Helpers in every single expat community.

Looking at the map so far you can see clusters around the USA, Mexico, South America and Europe. Thanks to this, languages like English, Spanish, Portuguese, French, German, Italian and Russian are well supported on the site. As more people try Setlr and spread the word I’d personally love to see the map light up in the Middle East, India, China, Vietnam, Indonesia and Japan where there are so many people who can benefit from our language crowd and the help they can give through answering local questions and offering everyday local translation.

What does the future hold for Setlr? What developments can we hope to see over the next few months?

Well it’s early days for Setlr but we’re already bursting at the seams with ideas on how we can help expats all over the world. We’re just about to release a new mobile app that will allow you to take a photo of any text based document on your phone and automatically send it to our community for fast human translation, and if you don’t need a translation but rather just have an important question to ask about the document, the local terminology or the local customs, you can do that too. You can already do this on the website but the mobile app allows you to take our “Language Crowd” with you on the go in everyday life.

If you’re interested in being one of the first to try the app we have a mailing list here where you can add your email and get notified of the launch. Many of our Helpers are also telling us they’re more than happy to meet expats in person and accompany them to important meetings to help with a little live interpretation. Imagine having your own interpreter on call to appear at the bank and help you setup your account or come to the doctor and help to get you registered on the local system. If only we had that when we we first setting up! It’s really exciting.

Finally, what do you do when you're not working on Setlr?

Ha! Well I work on Setlr an awful lot these days and I spend the vast majority of my time just chatting to users and engaging with people online. I love getting feedback so that we can build something they really need, something really spacial. When I’m not doing that I’m spending time with my family, enjoying rural life in France and working on our house. We bought a very old French house which needs a lot of care and attention so I spend most of my time at the local DIY shop or out in the garden trying to reclaim it from nature! It’s really hard work but very rewarding to have made it past the 2 year point and plan for a long term future in France.

Setlr.com is a community built around helping expats to get by in the language of their new country. For more information and to sign up, take a look at the website.