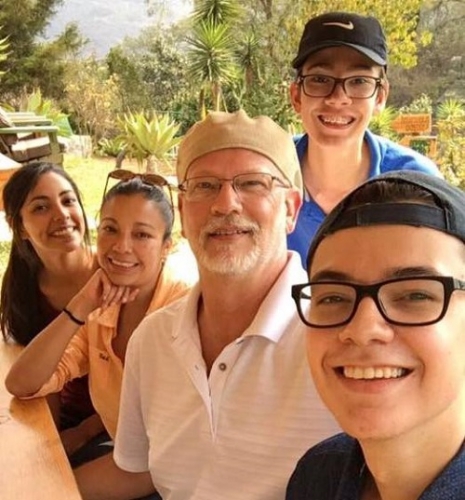 David, you're an expat living in Guatemala. Where are you from originally, and what prompted you to move abroad?

I am originally from the United States. I grew up in Maine, but lived 8 years in the Miami area prior to moving to Guatemala. I moved to Guatemala to operate a magazine publishing business that I had opened with a partner. The magazines were for countries in Central America and it made good business sense to have the office in Guatemala where my business partner, also an expat, lived.What was the biggest challenge you faced when you moved to Guatemala?

Speaking Spanish. I did not know any Spanish when I arrived. The only people I knew were my partner and his family and I did not live close to them so I was like a fish out of water trying to navigate my way around daily activities. My office staff did not speak English so while my partner was around it was easier, as he spoke Spanish, but when he traveled, which he did often, things were very difficult in the office until I grasped the language.

What do you like the most about your expat life?

The pace of life is much slower. In Guatemala, things move far slower than in the U.S. People take the time to stop, say hello, ask about your family and are not always in such a hurry. A close second is the cost of living. Here in Guatemala many things such as rent, fresh vegetables, fruit and many other things are far less expensive than in the U.S.

You've recently written a book about living in Guatemala. Tell us a bit about the book: who is it aimed at, and what can readers expect?

The book is about living as an expat in Guatemala. It contains the most important information one needs prior to moving to Guatemala as well as things to help an expat once they are living in Guatemala. There is a Guatemala Expat page that has over 3,700 members and the book has some of the most frequently asked questions from the page with the most common answers given to the questions. There are dozens of links to online resources in the book related to rental properties, residency, areas popular amongst expats, renewing visas, medical services, private schools, universities, etc. etc.

The book talks about 'expat hot spots' – are there a lot of expats in Guatemala, and do you personally spend more time with expats or locals?

The exact number of expats is very difficult to determine since many do not register with their embassies or consulates. However, it is estimated that there are over 10,000 U.S. citizens living in Guatemala. I personally spend much more time with Guatemalans than I do expats. I came here at age 33 and single. I married a Guatemalan and we have two sons with one in college and one in high school. We are very close to my wife’s family and most of our friends are Guatemalan.

Do you have any advice for people who are thinking of moving abroad for the first time?

If possible visit for an extended period before making a decision to live in any particular country since it is far different to live somewhere permanently than to vacation or visit for a short period. Also, always remember we are visitors in the country we choose to live and we must respect the traditions and customs of that country and its people.

Finally, when you're not writing, what do you like to do in your spare time?

I love to visit Antigua. We live in Guatemala City and are about a 40-minute drive from Antigua, which to me is a beautiful colonial town that I can never get enough of, so we often drive there on the weekends to have lunch in one of the nearly 250 restaurants and walk along the cobblestone streets window shopping or sit in the central plaza and people watch. I also enjoy traveling to other parts of the country as well as the other countries in Central America.

You can buy a copy of David Anicetti’s book, Living in Guatemala: Antigua, Lake Atitlan and Other Expat Hot Spots, on Amazon.