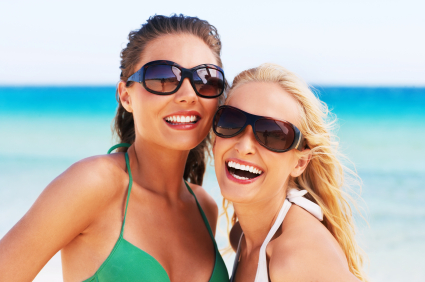 The Caribbean is comprised of many beautiful islands, all of which are known for their pristine beaches and clear waters. The islands are also unique in their character, adding to the appeal of the region. There is a multitude of things to do in the Caribbean, but here is our list of five things you must try before returning home.

Take a submarine ride
There are many different ways to explore the sea, but this is truly one of a kind. The Atlantis submarine tour in Aruba takes you down to depths of nearly 130 feet. Here you can feast your eyes on the varieties of tropical fish, sponge gardens, corals and even a couple of shipwrecks. This is perfect for those who don’t dive.The journey actually begins at the Adventure Center in Oranjestad, where you will be taken by boat to the submarine. A ladder then takes you right into the vessel and if you happen to be one of the first few to get inside, you will get a chance to look through the large window in the captain’s area, which offers some really spectacular views of the underwater world.

Go snorkeling
Snorkeling is a great way to explore the unspoiled natural beauty of the Caribbean region. Some of the best snorkeling sites include Bonaire, which is sometimes called the unofficial snorkeling capital of the Caribbean, and Champagne Reef in Dominica, which gets its name from the small bubbles that fill the water due to subterranean geothermal activity. Antigua is also considered a snorkeler’s paradise because of its calm waters beneath which live schools of colorful fish. At Stingray City in the Cayman Islands, there is the unique experience of swimming with dozens of tame stingrays. Another extraordinary experience can be had at the Underwater Sculpture Gardens at Moliniere Bay, Grenada, where an arrangement of life-size human figures add an unusual and artistic element to your snorkeling experience.

Get a taste of rum culture
Rum is a big part of Caribbean culture and the perfect way to experience it is to take the Rum Distillery and Old San Juan Half-Day Tour. This is a guided tour of the world’s largest rum distillery, Bacardi. You can also taste the rum and take some bottles back with you. The tour also includes an exploration of Old San Juan and its forts, Spanish colonial architecture and other landmarks. The Black River, YS Falls and Appleton Rum Estate Day Trip from Negril also includes a boat ride and some swimming before the rum-tasting experience. If you’re in Bermuda, take the 90-minute rum cruise, which travels across the Great Sound while enlightening you with facts about Gosling’s Rum, the oldest business in Bermuda. The in-house ‘rumologist’ also imparts a crash course in local liqueurs and rums and lets you sample the local delicacy of rum cake.

Golf and green monkeys
The Nevis Four Seasons Resort golf course lies at the base of the Nevis Peak, which is also the home of the African Green Vervet Monkeys. These lively creatures actually outnumber the locals on the small island. The peak itself is a majestic monument, mostly covered in a shroud of moving clouds. It is actually a 3,232-foot-high dormant volcano and catching a glimpse of the peak when the clouds part is a rare and rewarding experience. The golf course is a 6,682-yard Robert Trent Jones Jr. design, which offers enough challenge and interest to keep golfers coming back for more.

Climb the Caribbean
Mountain climbing is not usually associated with the Caribbean, but the region has some fascinating landscapes that can be fully explored only by hiking. Some of the best places for this include The Quill, St. Eustatius, a 1,968-foot volcano with a rainforest in its crater, where you can catch glimpses of the endangered iguana and many varieties of wild fruit trees and flowering plants. There’s also El Yunque in Puerto Rico, which contains rare wildlife including the Puerto Rican Parrot. One of the great treasures of the Caribbean is the Morne Trois Piton National Park in Dominica, which has an actively boiling lake, the result of a crack in the earth’s surface that enables hot gases to escape from the lava.