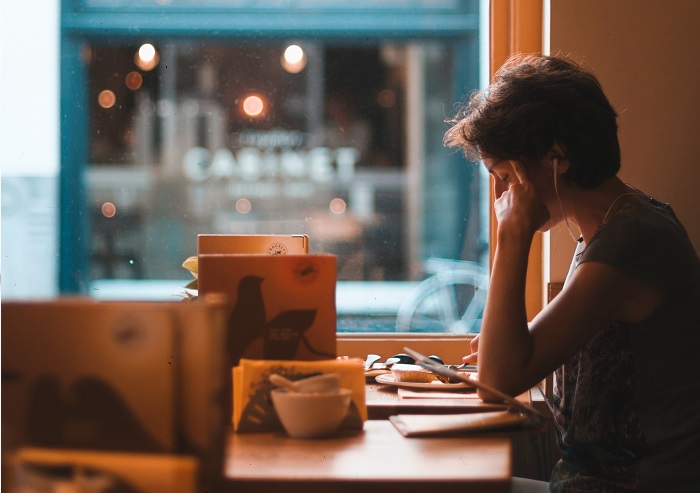 Moving abroad can be a daunting task even if you are in good health, but it can be doubly difficult if you have a disability, such as a visual or hearing impairment. The latter can create a number of obstacles. For instance, you may struggle to make yourself understood by, or to understand, officials in a foreign language, and you may find phone calls challenging. Fortunately, technology is quickly coming up with the answers to some of these problems. In this article, we will look at some of the provision that is becoming available for the hard of hearing (HOH) community abroad.

There are a number of mobile phone applications available for the HOH, such as InnoCaption, an American app that captions phone calls in real time. It does so by using both live stenographers and voice recognition software, and you can choose which one you would like before you make your call. Certified by the Federal Communications Commission and funded by the Telecommunications Relay Service (TRS), it is free to users. The app, which has a Spanish option, is widely available across the USA – so if you are, for example, a British HOH expat in the States, you will be able to use it.

Other apps are also available in the States, such as Convo’s Video Relay Service (VRS), which allows deaf and hard of hearing individuals who use sign language (SL) to communicate with voice telephone users through video equipment and a high-speed internet connection. A video interpreter relays the conversation at no cost to the caller. Another option is to use instant transcription Ava for iPhone or Android.

In addition, Android has a sound amplifier app, which improves the quality of the sound on phone calls. Tap SOS is another British app that allows you to access the emergency services nonverbally. You are likely already aware of which phones are most compatible with your hearing aid, if you wear one.

The question is, however, can you access these services abroad?

InnoCaption says that its service is primarily available in the USA, but that you can use it on a temporary basis if you are travelling abroad. If you are going to be living abroad, however, it does not seem as though this app will be an option for you.

However, individual countries have applications of their own that you may be able to access. RogerVoice is a French-developed app (not free) and may be of use if you are travelling in France, since it operates in 100 languages and also uses voice synthesis. The UK has SignLive, which is a video relay service that can be used for conversations between the HOH and non-deaf individuals.

Sign language recognition apps, such as Motion Savvy, are still in their teething stage, but keep an eye on developments, as it is likely that the sophistication of these applications will increase in the future. The University of California is working on a glove embedded with electronic sensors. These are designed to translate American Sign Language into English in real time through a smartphone app and cut out the ‘middleman’ needed for translation purposes. Moveable microphones, such as Roger, are also increasingly usable, connecting directly to hearing aids.

Your smartphone is your friend, so make sure you do some research on the apps that are available to you, such as Glide (fast video and text messenger), Google Voice and Dragon Anywhere.

Travelling for the HOH

Travelling abroad with hearing loss will involve considerations beyond phone use. Shari Eberts, who writes a blog about living with hearing loss, points out that some hotels in more developed countries have rooms for customers who are HOH, with alert lights for fire alarms, for instance. Personal FM options for guided tours for tourists are also available, but remember to ask in advance. Bear in mind that you may also be eligible for concessions for museums and galleries. Some healthcare systems, such as the NHS in the UK, will allow you to borrow spare hearing aids.

If you are moving abroad, you may want to look at options for including alert systems for the HOH in your home, or else equipment such as Convo Light Apps, which change the colour of the houselights when you have an incoming message.

Some travellers have reported that they actually find it easier to work abroad as a person who is HOH. People in other countries tend to assume that you cannot understand them, so rudimentary forms of gesture and sign language are perceived as normal. However, be aware of cultural norms – in some cultures, pointing is considered rude.

Make sure you carry a card that has the details of your disability in your host language, and note down these details on your phone, too. Additionally, it may prove useful to have a note app on your phone, so that you can communicate in writing. This is particularly important if you are stopped by the police, as some forces are not known for their patience, and reaching into a pocket may be interpreted wrongly. Notify airlines of your disability before you travel. Airports will have special assistance departments and may be able to fast track you through the system.

It is also a good idea to find out whether your destination country has a national association for the deaf, and whether there is any assistance from them available. Most developed nations have such organisations, and they may be able to give you country-specific advice. If you are planning to move abroad, we advise that you register with your local GP practice as quickly as possible, and make sure that they are fully aware of your disability.