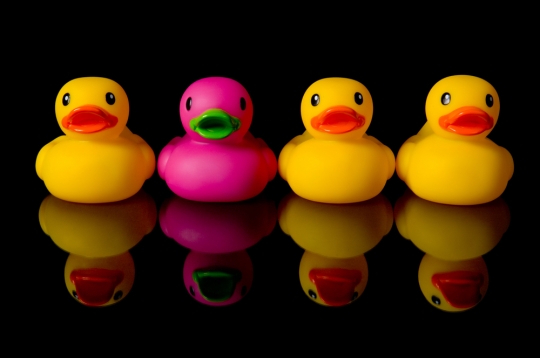 If you’re going to work abroad, there will come a time when you’ll have a discussion with your colleagues about different cultural customs and workplace practices. Perhaps you’ll have this discussion even before you start your new job; after all, there are lots of forums and online advice about ‘fitting in’ and not rocking the cultural boat. When working in Central Asia, for instance, Liz, an EFL teacher from the UK was “counseled against blowing my nose in public, which was easy enough to achieve up until the point when a heavy cold rendered it unavoidable: I apologised profusely and had to be reassured by my polite co-workers.”However, is treading on cultural eggshells really the way forward if you’re an expat worker? Some recent research suggests that we might all be getting a little too sensitive.

“…in our ever-diversifying world, perhaps the best way to get along with other cultures is not to adjust to local norms but instead to use cultural differences to enrich interpersonal interaction.” – OUP

That article suggests that context can be so crucial to cultural understanding that trying to ‘fit in’ by following prescribed norms simply won’t work. Author Stephen Moody uses the example of ‘polite forms’ of phrase in Japanese; sometimes these are inappropriate and make the speaker stand out, even though they remain technically formal and courteous. Conversely, teacher Liz related the case of a Japanese student who couldn’t find a direct equivalent to the ‘polite form’ in English, and thus latched onto the use of ‘thee’ and ‘thou.’ She says, “He was disappointed when I had to explain that we hadn’t used these pronouns for hundreds of years!”

In Moody’s case study, an international intern in a Japanese office used polite forms in an unusual way, by opening his conversation with informal language and then reverting to the polite form for the ‘serious’ part of his conversation. This made him stand out amongst his Japanese colleagues. Another intern didn’t try so hard, retaining his natural flamboyance and making a feature of his ‘foreign-ness.’ The interns’ boss commented that, unlike the first man, this second man was fully accepted by his Japanese colleagues:

“We think of him as one of us. […] His concern with projecting his own identity and personality actually led him to interact with others much more naturally.”

What this suggests is that authentic behavior – within reason and within most culture’s definitions of politeness – is perhaps more appropriate than trying to match another culture’s manners perfectly. Partly, this is due to cultural expectations; the interns’ Japanese employers obviously knew that their new staff were Westerners and so would not, by definition, behave quite like their Japanese colleagues.

“… attempts to act Japanese came off as unnatural, while being true to one’s own personality and cultural heritage lead to much more ordinary interactions on both linguistic and social planes.”

Within EFL cultures, at least in many schools, there is an attempt to understand and celebrate genuine diversity rather than reducing everyone to a single set of conformities. Cultural and social differences are obviously taught and can provide interesting, entertaining material for lessons on ‘how we do things.’ However, as tutors, we don’t want our overseas visitors to conform to a single bland model of Western norms. While many Westerners feel that they want to be polite by ‘fitting in,’ other cultures are usually interested in our ways of doing things too, so as long as we are courteous and try to avoid really egregious social mistakes, and as long as we obey the law of the host country – then ‘trying too hard’ perhaps is not necessary. Moody says:

“If we value diversity, then we should use it for what it is: differences. In fact, bridging cultural barriers through accommodation and conformity effectively de-emphasises differences. And while differences certainly do contribute to some cultural miscommunication and offense, it is precisely those differences that also enrich interactions and provide new perspectives. Rather than accommodation, it is exposure to others through interaction that matters and ultimately predicts success. At the end of the day, sometimes it’s best to just be yourself—and to let others be themselves too.”

There’s obviously a diversity of opinion about all this, but other writers agree with Moody. David Livermore, writing in Management Issues, concurs:

“Cultural intelligence doesn't mean being a cultural chameleon. Sometimes when I attempt a Japanese bow, I notice my Japanese counterpart extending her arm to shake my hand. It's a bit like a middle-aged adult trying to act, dress, and talk like a hipster; it doesn't turn out well for anyone!”

Livermore cites some research by Michele Gelfand of the University of Maryland. She makes a distinction between ‘tight’ and ‘loose’ cultures: in ‘tight’ cultures, everyone’s expected to conform to rigid social norms. Japan and Saudi Arabia are examples of this sort of culture, although as we have seen with our example of Japan, it is a mistake to be too simplistic. ‘Loose’ cultures are more tolerant and are held to accept a wider range of behavior.

Individual principles can also be upheld. No-one should be subject to personal harassment and this should not be accepted under the excuse of ‘cultural norms.’ Activities can be politely avoided, such as excessive drinking with Russian business acquaintances.

Livermore has found that business teams who are aware, and tolerant of, diversity, tend to have a higher degree of innovation than those who are homogenous. Under this model, difference is an engine of creativity and – in combination with supportiveness and tolerance – can be an asset to a company rather than the reverse.

If you’d like to explore this fascinating issue further, then there are a number of books on the subject, including Andy Molinsky’s Global Dexterity: How to Adapt Your Behavior Across Cultures without Losing Yourself in the Process and Erin Meyer’s The Culture Map: Breaking Through the Invisible Boundaries of Global Business.