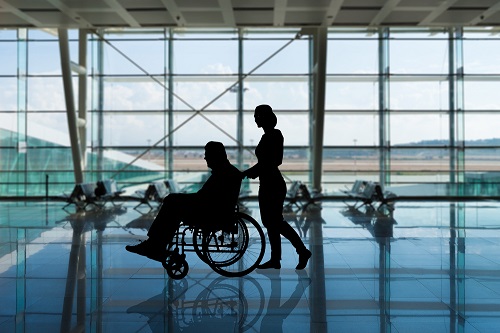 Disabled British citizens have raised concerns that Brexit may prevent them from moving to the EU. As the probability of a no-deal Brexit increases, so too does the likelihood that British citizens will be regarded as third-party nationals. They will therefore no longer be guaranteed the same freedom of movement as they have previously enjoyed. A number of countries refuse citizenship to people with pre-existing medical conditions, for ‘public purse’ reasons. So, if you are disabled and planning a move abroad, then how might this issue affect your plans? We will take a look at the situation below.

The encouraging news is that some countries are moving away from placing strict restrictions on citizenship applications on health grounds. Several non-EU nations have overhauled their immigration laws recently. Canada, for instance, loosened its policy on disabled applicants in 2018. Prior to this, ‘medical inadmissibility,’ based on a principle known as ‘excessive demand,’ could see an applicant’s citizenship bid turned down if, for example, one member of their family suffered from a disability and was therefore likely to cost the state over a set figure of C$6,655. This figure was raised to C$20,000. Also, some fees, such as special education costs for children with learning disabilities, are no longer included in citizenship considerations.

However, politicians on the right continue to push back against this, and there has also been criticism from the left. The national director of the Council of Canadians with Disabilities, working for full repeal of the medical inadmissibility regulation, has termed the changes as mere ‘tweaks.’ The Council of Canadians with Disabilities critiques a continued approach that regards disability as being primarily about medical grounds – an attitude that “fails to recognise the contribution that people with disabilities can, and do, make.” It pointed out that, under previous Canadian legislation, scientist Stephen Hawking would not have been able to become a Canadian citizen.

Concerns have been raised that some EU countries, such as Spain and Italy, may follow the more restricted model, once British people are no longer EU citizens. This would again be on public purse grounds. Under EU legislation, British citizens have been able to move freely within Europe, but this will change once the Brexit transition period has ended. French legislation currently allows rejection of citizenship on the grounds of disability, and it also requires you to have financial sustainability. This is an area that disabled applicants may find problematic, as private health insurance costs can be steep.

In Germany, there is no such legislation, but applicants must either have national health insurance cover through their employment or be able to afford private health insurance. Also, it is worth bearing in mind that Germany does not allow exemptions on its stringent language tests, which form part of the citizenship process. This may make it difficult for people with certain impairments.

The UK and the Netherlands, on the other hand, do permit such exemptions, and the US also issues a Disability Waiver – although, if you are a native English speaker, you should not have problems with the linguistic part of your application anyway. In France, you can be exempted from the written part of the test under the new rules, introduced in 2020, but only if your disability actually affects your ability to sit the test. You will still have to attend a spoken interview at your prefecture.

You may also experience citizenship issues outside of the EU. Canada may have loosened its regulations, but the USA, under the Trump regime, has not. In 2018, the Department of Homeland Security proposed a rule change, which suggested that residency applications should take into consideration so-called negative factors. These factors include a perceived lack of employability, receipt of public benefits, and whether the applicant has the financial wherewithal to pay medical costs.

Australia’s Department of Immigration and Border Protection has also refused residency applications, even in cases where families proved that they could afford medical care for their disabled member. The National Ethnic Disability Alliance say that they dealt with 25 cases of this between 2014 and 2016.

In addition, it can be difficult for people over 55 or/and who have disabilities to obtain private health insurance. Some providers will exclude people on the grounds of pre-existing conditions. This makes it doubly hard to successfully apply for residency in countries that include health cover as part of their conditions for residency or visas. The problem is not even confined to residency and citizenship. One disabled British citizen told us that the cost of her travel insurance would be more than the cost of the rest of her holiday, once pre-existing conditions were factored in.

Problems have been reported even where one member of the couple is a native-born citizen. One Danish man, for example, told us that his disabled American wife had to return to the US. Eventually, she was allowed back into Denmark, but only after a legal battle.

If you are coming into the UK, be aware that the Migration Observatory, which studies issues involving migration into the country, has identified that those with conditions involving a cognitive disability or with physical health problems and disabilities are potentially vulnerable when it comes to applying for the UK Settlement Scheme. They note that “disabled people may struggle with an application unassisted. This is the case, for example, of people with reduced mobility who need an in-person appointment to process their application, particularly if their case is complex or they do not have internet access.”

If you are disabled, therefore, and you are still hoping to move abroad, it is advisable to seek advice beforehand – from the authorities, from other expats, and from specific disability advocacy groups at home and in your prospective host country – to check what obstacles might stand in your way when it comes to citizenship or residency.