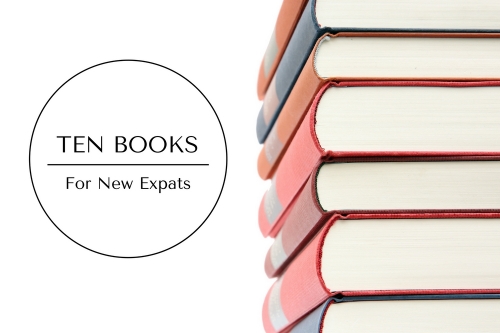 Trends for living abroad have gone up and down through the course of history. However, right now the worldwide expat population is bigger than it has ever been before. A couple of years ago, the UN Population Division reported that more than 230 million people were living outside their home countries, a number that has certainly only increased since then.In a way, this is only natural, since global connectivity is constantly improving due to cheaper and more efficient transport infrastructure and communications technology. It is now easier than ever before to move almost anywhere in the world – even move multiple times over the course of your life – with relatively little disruption and without entirely leaving behind the people, places, and things you love in your home country. Keeping in touch, visiting home, and even sending goods back and forth is easier than it has ever been. As a result, if you found a place and a culture that really appealed to you, why wouldn’t you try to live there, at least for a few years?

Of course, this doesn’t exactly mean that uprooting yourself and starting a new life in a new place is a breeze. Although many aspects of expat life are easier today, there are still plenty that are difficult. The change can still be scary and disorienting, the practical aspects still need a lot of planning and work, so any new or to-be expat can do with all the advice and information they can get. If you’re a new expat or someone who’s preparing to move abroad, here are ten great books that will give you a better idea of what expat life is like and what you need to do to make the most of it.

Just Go! Leave the Treadmill for a World of Adventure – Gabi & Skip Yetter

Starting life as an expat can be intimidating. However, as long as you’ve gathered enough information and planned things properly, all you need is the kind of boost that a book like this can give you. This book is a wonderful mix of a biographical story and a how-to manual. It’s a charming, motivating, and informative account of the authors’ experiences living abroad. The two journalists quit their jobs, sold their house, and gave away most of their possessions to move to Cambodia, where they spent the next several years volunteering with NGOs, travelling the continent, making new friends, and living very different lives from the ones they were used to. The book is entertaining and inspiring, but it’s also very practical, both in terms of the story itself and the straightforward tips and resources it provides.

These are actually three separate books, each focusing on one location, by Padraig O’Sullivan, an international business coach and an expert in expatriate transition. As you can probably tell from the titles, these books focus on the professional aspects of expat life in a new country. A lot of expat books tend to focus on the personal, which can no doubt be very challenging. However, the assumption that professional life in today’s global world is more or less the same everywhere is not true. These books guide you through all the aspects of being a successful professional leader in a new country, with a focus on using the PALDER framework, “a proven, integrated approach mapping out the transition phases an expatriate leader will undergo in their first twelve to twenty-four months”. Each book is a well-researched, easily understood guide that begins before you even leave your home country and covers both professional life and family life as an expat.

One of the many challenging and often frustrating aspects of living in a foreign country is sticking to any kind of diet. To some extent, every expat needs to adjust their dietary habits according to what’s available locally; however, if you’re already on a restricted list of foods, matching the two can be quite stressful. Vegans arguably have the toughest time, because in many cultures meat is almost a default, while in others, dairy is ubiquitous. “The Essential Vegan Travel Guide” is primarily aimed at travelers rather than expats, but it’s a treasure trove of information for anyone living in a foreign country, whether for two weeks or for five years. It’s packed with fun stories, tips and tricks for travelling, shopping, and eating abroad. Vegans will of course benefit the most from this book, but anyone on a restrictive diet should at consider reading it, because many of the insights and tips can be successfully applied to other diets as well.

Different people move abroad for different reasons and at different ages. One expat group that seems to be steadily growing is young professionals moving for the sake of their careers. Although they may be the same age as many backpackers and people taking long sabbaticals, these people form a distinct group with their own needs and concerns. This book is a great resource that helps the young professional to pose the right questions, analyze their needs and expectations, and then plan and execute the move to a foreign country. It’s a thorough, wide-ranging book that covers everything from negotiating your contract to cross-cultural dating. The book is well organized into clear, self-contained chapters, and each chapter begins with a small case study and then moves on to cover its subject more broadly while continuing to provide useful details and practical suggestions.

Should I Stay or Should I Go? The Truth about Moving Abroad and Whether It's Right for You – Paul Allen

This is one of the best books available for anyone who’s considering moving abroad but isn’t sure whether it’s a good idea. It’s a fair and completely reasonable concern. Not everyone is suited for expat life, and whichever category of people you fall into, it’s neither good nor bad, but it’s important that you’re aware of it before you actually move. This book helps you explore all the issues that you need to consider before you commit to being an expat – whether you have the right temperament for the expat life, whether you’re moving for the right reasons, whether the location you’re considering is a good match for you, and so on. The book is well researched and written in a simple and straightforward manner, clarifying a lot of issues, providing a lot of perspective, and making it easy for you to analyze your own situation and come to a decision.

Retirement Without Borders: How to Retire Abroad–in Mexico, France, Italy, Spain, Costa Rica, Panama, and Other Sunny, Foreign Places (And the Secret to Making It Happen Without Stress) – Barry Golson with Thia Golson

A large proportion of the expat population around the world is made up of retirees. However, retiring abroad isn’t easy – finances are of course the most major consideration, but in addition, there are numerous other aspects to consider, such as the weather, the culture, and healthcare infrastructure. This book does a great job of analyzing all these factors, presenting the pros and cons of spending your retirement in a new country, and helping you plan if you decide that such a life is for you. Ten countries are analyzed in substantial detail, and several more are touched upon briefly. The book is heavily focused on the American expat, but there’s a lot of useful information here for anyone who wants to retire abroad.

Expat life can be challenging enough as an adult, when it’s a deliberate choice that you make for yourself. As a child, when you don’t have a lot of say, it can be even more difficult. Expat-themed books for children are hard to find, but fortunately a few exist. This one in particular is excellent, especially since it’s been essentially written by children, for other children to read. The author asked third culture kids (TCKs) to write about their own experiences, and the resulting book covers a variety of perspectives and topics, from adapting to different ways of doing things to making new friends from different cultures. As a bonus, it’s all been beautifully and charmingly illustrated, making it an even more enjoyable read.

Arguably the only people who have a more challenging time than expat kids are expat parents. Handling your own life as well as the lives of your children in an unfamiliar place and culture can be a trying, scary experience, but when you read about another expat parent’s experiences, it all seems a little more manageable. Of course it helps when the author is someone like Pascoe, who a lot of expats will already be familiar with from her other writings, including books such as “A Broad Abroad” and “Culture Shock!” Here too, she brings her unique perspective and charming wit into play as she narrates her experiences as an expat parent. She discusses the concerns that plague every expat parent, the struggles with culture shock, the ups and downs that she, her spouse, and her children faced, and plenty more. The book also contains a considerable amount of research, including interviews with other expats as well as professionals such as psychologists and relocation experts.

Moving Without Shaking: The Guide to Expat Life Success (From Women to Women) – Yelena Parker

More and more women today are moving abroad and living as expats for the sake of their own careers and life experiences, rather than moving abroad as “trailing spouses”, which is what used to be common till a decade or two ago. Unfortunately however, it’s still difficult to find good books that focus on the professional female expat. As one review of this book says, “An international business executive couldn’t find any books tailored to globetrotters like her – so she wrote her own”. Parker’s book is a great resource, with equal measures of inspiration and practical advice. She talks about her life in her own country, Ukraine, and how she came to be an expat, and she also introduces other women who have taken the leap to live as expats on their own steam. There is acknowledgement of the risks and fears, and advice on how to overcome them, and there’s a great deal of insight and tips on dealing with everything from local languages to networking to relationships.

This book takes an innovative approach. It uses the gripping and inspiring story of Sir Ernest Shackleton’s expedition to the Antarctic in 1914 as the framework on which to build an approach to living a successful and satisfying expat life. Shackleton’s was of course a massive and dangerous expedition into a cold and hostile landscape, but as Lemieux and Parker show in their book, it has lessons for people undertaking more humble journeys too. It’s a quick read, but is extremely comprehensive, touching on all the things you need to think about and do when you’re moving to a foreign country. New and tentative expats will of course get the most out of this book, but it’s a great resource for the more experienced too.

What are your favourite books about being an expat? Let us know in the comments!