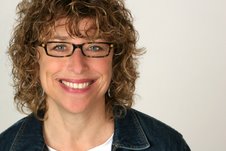 Robin, can you tell us a bit about your background?

My husband used to be as Canadian foreign service officer (he’s been in the private sector now for many years with his own global company) but during his time as a diplomat we were posted four times to Asia. As a journalist of more than 35 years now, at the time, I was not allowed to work as one given I carried a diplomatic passport!

So I initially started working in expat family support when our daughter was born in Bangkok and I wrote a newsletter for an international mothers group I helped start (and is still going strong after 27 years!) Later, I decided to write books, initially for the spouse, but the enterprise just kind of blossomed into five books and a website (sounds like a movie). Of course, because of the books, I was invited to lecture to expat communities in the schools, to clubs, and to international HR groups.

What products or services does Expat Expert offer?

Primarily, as a writer and journalist, I offer content in the form of my books and now a video lecture series. But along the way I also wrote hundreds of articles and conducted a major family survey that is still valid (and on the site for free) to give some statistics and a chance for families to give their point of view of the kind of support they need and the kind of support they received (or didn’t!)I suppose I was also considered a bit of an advocate for expats because I didn’t care what I said if it meant waking up organizations to the needs of the family. Mostly, I think of myself as a resource where people come to ask questions and to be reassured that their challenges are very similar if not often exactly the same as expat families living anywhere in the world. I like to think I make people’s feelings real.

I was only going to write one book (because they say, write what you know!) and ended up writing five non-fiction books plus an expat novel that was serialized years ago on my website. Being an expat author back in my day was very isolating because there was no Internet, no Amazon, no connection between me and my readers. I used to joke I had a life I didn’t participate in!

A writer’s life is hard enough as it means going into a deep dark hole for a few years to write…it took me years to write each book because once I started to travel to lecture, I was always either getting over the jet lag and exhaustion of one trip or planning the next. Vancouver is always a 10 hour flight to wherever I was going, often longer. And the lecture tours, while sounding terribly glamorous, were brutal. On some, I would deliver over 30 talks in 5 countries in two weeks! But it was worth it because the audiences were so appreciative of my speaking to them. I only took a decision this past year to stop traveling because it was killing me to be on the road, all alone, boxes of books everywhere (I forgot to mention that I decided to become my own publisher in 2000!!), and I also experienced a lot of food poisoning! I could go on and on about my fear of flying which was not helpful either. I called it ‘the flaw in my business plan.’

Video lectures are a new addition to the Expat Expert site – what prompted you to make these videos?

I was very blocked in my writing, not recognizing it was more exhaustion from traveling too much and not having the time to just think and write. A cousin of mine who is a career counselor of many years suggested I try working in a different medium, like video. I used to be a television reporter and documentary writer in another life so the idea of working again in video appealed to me (or certainly didn’t scare me). I knew how to do it (but of course, had to figure out You Tube etc…)

So, coupled with the fact that I had taken the decision not to travel anymore, I thought putting together the lecture series would be a win/win. I could check out working in video, and my lectures would be available for free to anyone who needed to hear my messages (and could do so in private, not in a public setting). Having been through the exercise, and watching myself over and over again on video during the editing process, I have decided no more video for me! But hopefully, if people can find the lecture series (it’s hard as you know to get anything new ‘out there’ these days with so much information bombarding expats) they will be helpful to families, especially spouses.

Living in Vancouver, which is an early rising city because of its time zone, means I’m up before the birds! I can e-mail to Europe during working hours over there….and also late in the day, e-mail to Asia and catch people there beginning their day! Because I sit behind a computer all day, I make sure to try to get to my gym every morning, even for half an hour (it’s not far). I spend my mornings writing in my local library where I don’t have the distraction of the Internet. I’m working on a new project I’m hoping ExpatFocus readers will enjoy in the new year. My afternoons are taken up with my music studies (I returned to the piano last year which has been amazingly difficult but enjoyable) and thankfully, we have a dog who needs walking every afternoon. So I’m pretty much working all day long on something creative. I’m very lucky.

What were the main challenges you faced when you lived abroad? How did you overcome them?

My biggest challenge was definitely figuring out how I could continue to be a journalist. I have my degree in journalism and worked in the field for 7 years before I married. I continued to be a journalist, even when I couldn’t get a work permit, by freelancing ‘back in the day’ for magazines and newspapers and then later, websites.

And then I got the brilliant idea to ‘report’ on global living. The rest, as they say, is 5 books and a website! I suppose the biggest challenge throughout all the years was balancing my ambitions to be a writer/journalist with also wanting to be a full time mother to my two kids. I learned early on–and it’s a message I delivered often–that being so mobile meant my children needed me more, not less. I wanted to be there for them. Luckily, I was privileged enough to be able to do both!

What particular issues do expats typically need your advice or assistance with?

I would say identity issues top the list because they come from every aspect of the relocation. Even the working partner has identity issues because the life of an expat can feel so unreal that I believe many people suffer from ‘imposter syndrome’!

Marriage and relationship challenges are HUGE but even bigger is the challenge of getting them out into the open.

Parenting challenges are the same everywhere, only enhanced in the overseas setting because extended family isn’t nearby to help. There’s also crazy hyper helicopter parenting going on which I will confess, is another reason I had to step back from speaking. Expat parents were making me very cranky. Over and over again, I had to tell them not to worry about their five year old’s education! And also, I had to remind them that kids aren’t stupid, they know how to manipulate their parent’s guilt over a move. I met too many extremely spoiled children and I just wanted to scream at the parents (but didn’t) that just because they had moved their children, did not mean they had to deliver non-stop happiness! I found counselors and headmasters at international schools very supportive of my messages to parents!

If you had to give one piece of advice to our members to help them with expat life, what would it be?

Stop worrying so much about everything (and this from someone who worries about everything 🙂 ) If I could do it over again, I would adopt more of an attitude of ‘it will all work out’ or ‘it is what it is’ and just relax about it all more. I definitely want families to spend more time traveling within their host cultures and less time communicating virtually with people in other countries.

What are your plans for the future? What do you do to relax?

I’m working on an experimental fiction project which will have a theme of expat/repat life but come in a new format. Stay tuned.

And I walk my dog to relax. I would say I go to hockey games to relax but unless your readers are Canadians, they won’t get it when I say watching our Vancouver Canucks fail to win a Stanley Cup–ever–is not relaxing. But we have tickets for all the games to torture ourselves.

Robin's excellent series of video lectures can be viewed for free at http://www.expatexpert.com/video_lectures.