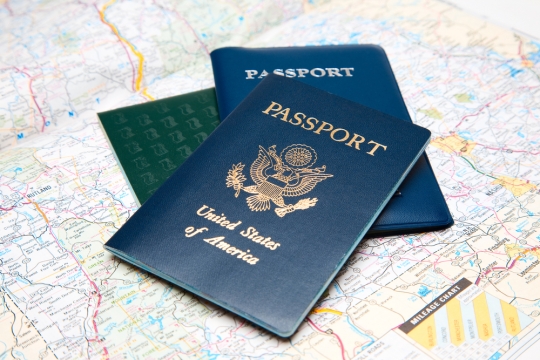 People apply for second passports for various reasons. If you’re travelling a lot, it defuses the stress of waiting for your passport to be returned from the visa sections of embassies or consulates whose paperwork might be on the slow side. Having a second passport and rotating your documentation with visa sections can get you organised and reduce anxiety.However, there are other reasons for applying. A second passport can smooth your passage if you’re travelling through countries which don’t get along with one another, such as if you’re planning on going to Saudi Arabia and Israel on the same trip.

Having stamps for Israel has made it hard for travelers to enter Algeria, Malaysia, Indonesia and the UAE, although Israel no longer stamps passports, making the whole process somewhat easier. However, it’s wise to assume that if customs officials see stamps from an unfriendly nation in your documents, they could make things difficult by holding you up for additional questioning – nerve-wracking if you’re due to catch a connecting flight.

And of course, passports do get lost, stolen and expire, often right before or during a trip, resulting in a panicky plea to the nearest passport office for an expensive expedite. If you lose your passport abroad, you may not realise that an emergency passport is only valid for your return to your home country. You’ll still need to apply for a replacement when you get back, and if you’re planning on making multiple stops on the way, a second passport can make things a lot easier. It’s not just with regard to travel, either; you might need to submit your passport to an institution to confirm your identity, and having a second passport means you will still be able to move freely while your other passport is in the hands of bureaucracy.

You can visit your country’s government website to find out how to apply for a second passport. You will need to fill out an application form, and you may need to supply a list of intended destinations as well as reasons for requiring the document. Please note that your second passport will not be a duplicate of your first one; it’s known as a ‘concurrent passport’ and it will have its own dates, so you’ll need to keep track of when both of them expire – ten years seems to come around awfully fast! Passport offices can regard leisure travelers wanting a second passport with suspicion, so it’s best to apply through your workplace if you can.

Make sure your local passport office understands that it’s a second passport you’re applying for, not a replacement one – you don’t want to find that your original passport has been cancelled by mistake! Make sure, too, that you leave enough time to apply, as the process can take weeks. Check out the regulations thoroughly and ensure that you’ve filled out the form correctly. Passport offices often refuse applications because of the wrong kind of photo, for instance.

You can find a template letter here to accompany your application. It’s for UK travelers, but you could adapt the model for your own use wherever you come from.

There are companies who can make the application for you such as Rapid Visa.

However, you will have to send them all your documentation first, so there is an argument to be made that you might as well go directly to the passport office rather than using these sorts of agencies, since you’ll also have to pay them a fee, of course. On the other hand, this does give you the advantage of a pre-check before your application hits the passport office, and these agencies do have registered daily appointments allocated to them by passport offices, which ensures that they have no delays. This might be of particular interest if you need a second passport in a hurry. Like passport offices themselves, they offer a one-day fast track service.

It’s worth noting that different nations experience different levels of difficulty in this process: Australia’s process for obtaining a second passport is clear and well publicised, whereas the UK’s process is more opaque. This could be an argument for going through an agency who knows the ropes. In the UK, this could be as simple as the Post Office, who run a ‘check and send’ service. On balance, it’s worth getting your application pre-checked, as passport offices may not refund your fee if they turn your application down.

There are options for swifter travel other than, or as well as, a second passport, such as a passport card or a trusted traveler card if you’re a US citizen and frequent traveler. Approval for the latter program will get you expedited entry – for example, by cutting down your time passing through security, and using a kiosk to clear immigration and customs. A variety of faster entry programs, such as entry from Mexico or Canada into the USA, can be found on the department of homeland security’s website.

However, there are other biometric programs, too – for example, PreCheck, which is run by the Transportation Security Administration (TSA). Spokesperson Michael England says:

“Maximizing the use of expedited screening by enabling other lower-risk travelers to receive expedited screening on a flight-by-flight basis is in everyone’s interest as it allows TSA to focus more attention on those we have identified as requiring more scrutiny… Our long-term goal is to have a fully vetted traveling population in the TSA PreCheck lanes.”

You can find further details here.

These sorts of programs don’t just apply to the US – check out quick entry programs for other nations, too.

And finally, take into consideration that you might be entitled to a second passport anyway, if you have the potential for dual nationality. Around six million people in the UK are estimated to be eligible for an Irish passport, for example.

Have you applied for a second passport? Share your experiences in the comments below, or answer the questions here to be featured in an interview about expat life!